Aharon Fogel is a recognized leader in the private and public sectors and has been appointed chairman-designate of Meitav Dash. appointed 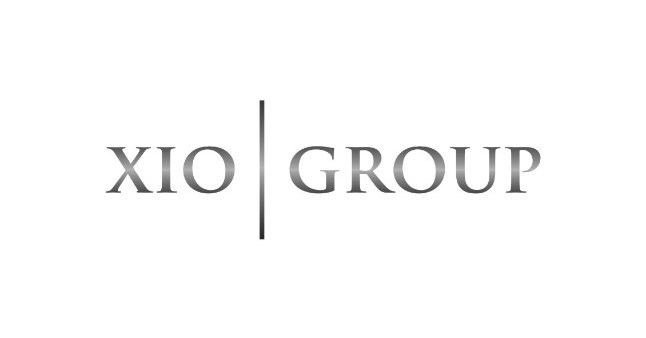 NEW YORK, July 10, 2017 / PRNewswire / – XIO Group, a growth-oriented alternative investment and private equity firm based in London, shared Meitav Dash, the second largest wealth manager in Israelthat is currently controlled by the Stepak family and BRM that it has signed a letter of intent with Aharon Fogel to become the new Chairman of Meitav Dash after completing the acquisition of the investment house. The transaction is subject to regulatory approval.

Aharon Fogel is a renowned leader in the private and public sectors, most recently as Chairman of the Advisory Board of the Bank of Israel as well as chairman of Migdal Insurance, the largest insurance company in Israel and a Forbes Global 2000 company. Aharon is also a pioneer in the private equity and venture capital community in Israel and was a founding partner of the venture capital company Jerusalem Venture Partners. Before entering the private sector, Mr. Fogel held a number of senior public positions, including Director General in the Ministry of Finance. Aharon Fogel is the current chairman of Israel leading shipping company, ZIM Integrated Shipping Services Ltd., and is also chairman of the Israeli Philharmonic Orchestra.

on December 1, 2016, Meitav Dash reported that after several months of negotiations it had signed a binding agreement that the XIO Group had all shares in Israel second largest investment house. After further discussion, At June 8, 2017, the XIO Group announced to Meitav Dash that it will set up a new shareholding structure for the purpose of the takeover. The new vehicle will have its own corporate governance, which is separate from previous units of the XIO Group. According to the agreements with Meitav Dash, XIO Group and Aharon Fogel got up August 21, 2017 to submit the relevant application documents for approval of the acquisition of control to the investment house to the supervisory authority.

Joseph Pacini, Chief Executive Officer, Co-Founder and Partner of the XIO Group, said: “We are very excited and proud to have an outstanding leader like Aharon Fogel as Chairman-designate of Meitav Dash, and we believe his involvement will greatly strengthen the company’s board of directors. “Pacini added,” Meitav Dash is an ideal fit with the XIO Group’s strategy of investing in quality, industry-leading companies with outstanding management teams, and that the new deal structure up to August 21, 2017. “

Aharon Fogel stated, “I have accepted the XIO Group’s proposal to join Meitav Dash’s excellent management team. I have also met the XIO Group’s experienced and professional leadership team and look forward to working on the regulatory approval process and supporting Meitav Dash’s strategy to grow and expand the business. ”

Ilan Raviv director Generally von Meitav Dash said: “We are delighted that Aharon Fogel strengthens the team with his vast knowledge and expertise. I look forward to working with him in closing our deal. “

About the XIO group:

Run by four partners, CEO Joseph Pacini (previously Head of Alternative Investments Strategy Group Asia Pacific at Blackrock and Head of Alternative Investments at JP Morgan in Asia), Athene Li, Chairman (formerly Head China for Olympus Capital and investment bankers for Merrill Lynch and Bear Sterns), Carsten Geyer, Partner and leader Europe (previously with Permira and McKinsey) and Murphy Qiao, partner and head of Asia (previously at CICC as a cross-border M&A expert), the XIO Group has a global reach with offices in London, Hong Kong and Shanghai, and affiliates in Germany, Israel and The United States.

The management of the company jointly carried over $ 30 billion in assets in recent years, and the XIO Group’s financial services team is made up of experts with extensive experience in insurance and wealth management, investment, advisory and operations at McKinsey, Rothschild, Morgan Stanley, Goldman Sachs, Swiss Re, Aviva, Citi, Barclays and . directed others. The XIO Group has a long-term orientation for its financial services investments and has developed a tailor-made strategy that does justice to the specifics of the asset management and insurance industry.

This transaction marks the second acquisition of an Israeli company by the XIO Group after the acquisition of Lumenis in 2015. XIO Group’s views Israel due to its growing, dynamic economy and its entrepreneurial population as a core region for investments. She regards both the Lumenis and Meitav Dash transactions as milestones for the XIO group in Israel and as a clear sign of his long-term commitment to Israel.