Tether has had a difficult time the past few days, leaving experts and investors discouraged. Many cryptocurrency experts have given their opinion on the future of Tether. A cryptocurrency analyst, Alex Krüger, said in an interview with CCN that Tether is falling but is unlikely to crash in the very short term. However, he said Tether could soon be taken over by newer stablecoins. He said there will be regulated, licensed, and new verified stablecoins that will provide the market with more stability than tether. This, in turn, will help the market grow and strengthen the cryptocurrency infrastructure. 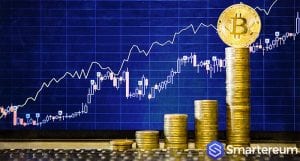 Why the market needs new stablecoins

A few months ago, Binance CEO Changpeng Zhao said Tether will face competition that could steal its position as the dominant USD-backed stablecoin in the industry. In fact, he specifically said that some new competitors will emerge, namely Circle (the Goldman Sachs and Gemini backcoin), TrustToken (supported by Andreessen Horowitz), GUSD, PAX, TUSD AND UADC, which are jointly issued by Paxos. All of these tokens are regulated stablecoins based on the Ethereum blockchain.

Amid controversy, Tether has not negatively impacted the industry. Well, at least not yet. There is a lack of clarity about bank deposits and the lack of regular audits that have fueled speculation about Tether’s legitimacy and viability. Over the past month, the price has dropped 1% from $ 1.0 to $ 0.99. Since Tether is a stablecoin, this is rather worrying. Some investors believe it will get worse in the short term. It can also have a serious impact on major cryptocurrencies.

During the interview with CCN, Kruger said that Tether’s instability will not have a material impact on the price of other major cryptocurrencies in the market. In his words:

“Circle and Gemini are authorized to issue stablecoins. They are therefore considered to be more trustworthy than other exchanges because there is less credit risk associated with trading them. The percentage of Tether will mainly migrate to Gemini (GUSD) AND Circle (USDC). “

According to him, one of the important elements of the new stablecoins is that anyone redeemed for the USD will be destroyed. Tether, on the other hand, is not destroyed, but simply withdrawn from circulation, so that it cannot be foreseen whether the issuers will later bring it back into circulation.

“The fact that funds are now being transferred to BTC has helped the cryptocurrency. However, these funds are only temporarily stored in BTC. They will eventually move into USDC and GUSD. It would only be permanent if there was positive feedback in the industry. “

Separately, Kruger said he doesn’t think this will cause the value of Tether to crash. He continued:

“I don’t think Tether will crash, but chances are it will happen as always. It just means that too much of something can be bad, even if a little is good. To illustrate, a person can drink two glasses of water and feel refreshed, but if the same person is forced to drink 15 glasses this could be a problem. “