An introduction to Sliver.tv, Theta, and token bandwidth sharing 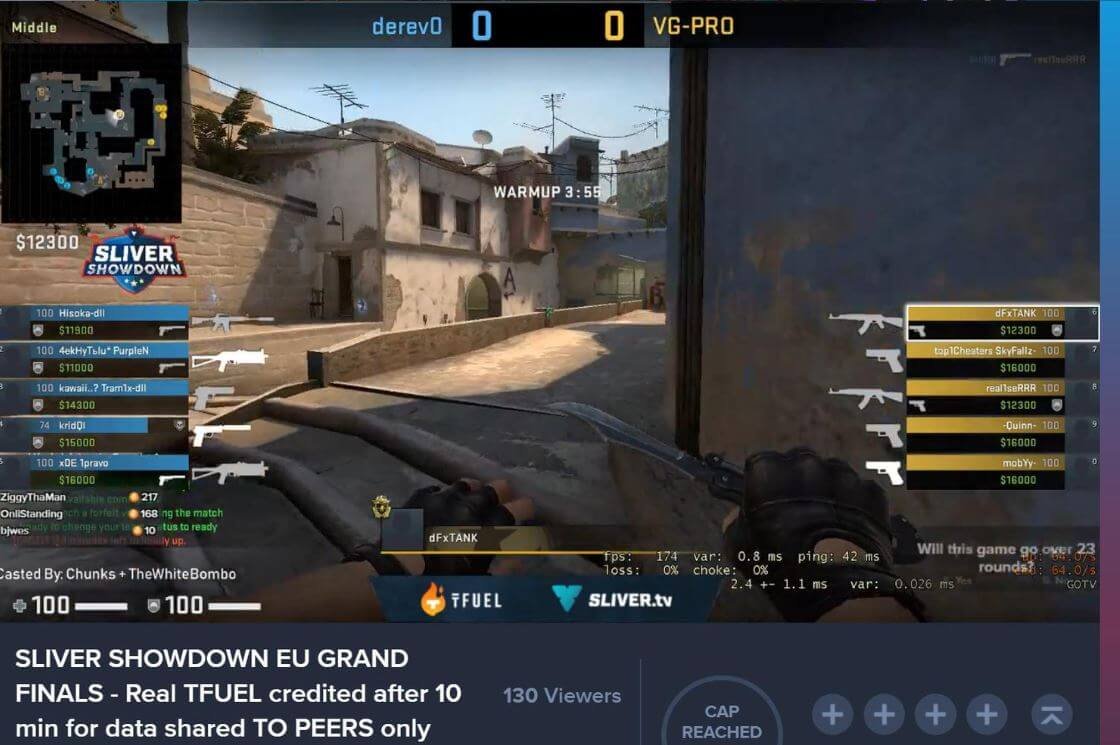 The games industry is worth more today than the film and music industries combined – but how far is it going?

With the integration of blockchain technology into gaming, we have already seen massive improvements in the gaming area, such as the introduction of non-fungible tokens (NFTs) and the ability to store items indefinitely in the game.

While NFTs could be on the rise, a new streaming method is emerging at Sliver.tv – an online streaming platform.

Perhaps the two biggest sources of game content are Twitch and YouTube. However, now that the true power of blockchain technology is beginning to emerge, the status quo could change monumentally.

Theta is Sliver.tv’s native token. Basically, theta is used to reward activities in the Sliver network.

It was originally developed as a solution to ongoing problems in the video content world. His website has a quote from Steven Chen, YouTube co-founder and Theta media advisor, that says:

“Theta’s innovation will disrupt today’s online video industry in the same way that the YouTube platform disrupted traditional videos in 2005. One of the biggest challenges was the high cost of delivering video to different parts of the world. The problem only gets bigger with HD, 4K and higher quality video streams. “

The problems with current streaming models today are poor video quality, the high cost of the streaming infrastructure, and the inefficient centralized ecosystem.

It is also believed that the publisher will absorb the high cost of running a CDN and generate less revenue that can be passed on as user rewards.

The inherent centralization of many streaming publishers also results in less revenue flowing back to content creators, resulting in less innovation.

Theta’s solution is to provide a new model for sharing bandwidth. The viewer can choose to share bandwidth and resources to gain access to rewards while improving the quality of the stream hosted on a decentralized P2P CDN.

This in turn reduces the cost of delivering video streams, as the platform no longer needs to develop expensive infrastructure that leaves more room for innovation and unique business models.

The theta token and theta fuel

This new streaming model focuses on a smoothly functioning ecosystem with ‘Theta Fuel’, which theoretically allows the network to become self-sufficient.

Theta Fuel is similar to ‘gas’ used to support the Ethereum blockchain. It is an essential aspect of the ecosystem that is given as a reward.

As with many blockchains, nodes (computing devices) are required to support the operation of the network, particularly validation nodes and guardian nodes.

Validator and Guardian nodes can use theta tokens (Theta’s cryptocurrency) and earn theta fuel in return. This theta fuel can then be sold on an exchange.

As soon as the exchange owns the Theta Fuel, it can be sold on video platforms such as Sliver.tv or Samsung VR.

The video platforms can then distribute the theta fuel to the viewer, who can then use it to pay the relayer for video segments.

The relayer then has two options: spend the theta fuel on the platform or sell it on an exchange.

Basically, this model allows the viewer to both earn theta fuel and reduce the cost of delivering video streams, while content creators and platform earn more as well.

In fact, Theta is trying to drive a win / win scenario in which centralized governors no longer benefit the most.

Viewers earn Theta Fuel for every minute they spend watching streams on Sliver.tv that are operated by the Theta Network. While they are watching the stream, Theta uses their excess upload bandwidth to share the stream with other viewers.

The @ SLIVERtv360 store has been updated! Now you can use TFUEL to buy items or as a partial discount on items + pay the rest with Fiat. Our partners coming to mainnet are happy to use this feature for reduced monthly subscriptions, content, etc. Http://t.co/iA1X6AOIC1 pic.twitter.com/hHEHT3mmwc

Sliver.tv is a video platform where content creators host their streams for viewers. Theta Fuel can be purchased through the Sliver website.

For the viewer, it could be argued that its greatest attraction is the “watch and win” mechanism. It enables the viewer to gain theta fuel by successfully answering questions.

The questions are tailored to both the streamer and the streamed game. For example, in an Apex Legends game, the question might be, “Will x win before 1:00 PM EST?”

While this specific question relates to the streamer and whether he is winning a game, another question could be asked about the game itself.

In this scenario, the user actually needs to know about the game, which is an incentive for them to stick with the streamer and watch it when they have not played the game themselves.

As described in the tokenized bandwidth sharing model, the observer questions are used to circulate the theta fuel throughout the ecosystem. The viewer can choose to donate fuel to the streamer to support him.

Any stream on Sliver.tv with an orange Theta Fuel logo means that Theta Fuel can be earned by watching that particular stream.

Using the example of Splitter, it is easy to see how important each part of the ecosystem is:

?? We are LIVE with our EU #SLIVERShowdown CS: GO Grand Finale

The next step in the theta revolution is the partnership with Samsung VR (Virtual Reality).

The Samsung VR website hosts VR streams which are forwarded by Sliver.tv. In fact, it acts as another video platform in the theta ecosystem.

While watching a stream on the website, you will see an in-stream television broadcasting another stream that is held elsewhere – on Sliver.tv for example.

At the same time, the viewer can look around the game in VR. This means that the viewer is using VR to see the inside of the game that they are watching on the stream.

Sliver.tv has patented its 360 VR video technology. It’s certainly unique and something that mainstream platforms like YouTube and Twitch don’t currently offer.

While watching the 3D VR stream on Samsung VR, you are actually resending the content to others on the network and earning tokens in the process.

Great @ PlayApex stream with my @ SLIVERtv360 friends @Joe_Fosho_ and Paragon, whose twitter I can’t find. I made this Pathfinder escape which is one of my best. I’ll be back on @Twitch tomorrow from 3-7EST and play Apex. pic.twitter.com/YHLh988wCA

You can never do too much homework

Please note that we are an independent publication and do not recommend any cryptocurrency or any particular project. Always make sure that you do adequate research before committing to any project as the crypto space is notoriously volatile and you are ultimately responsible for all of the decisions you make.