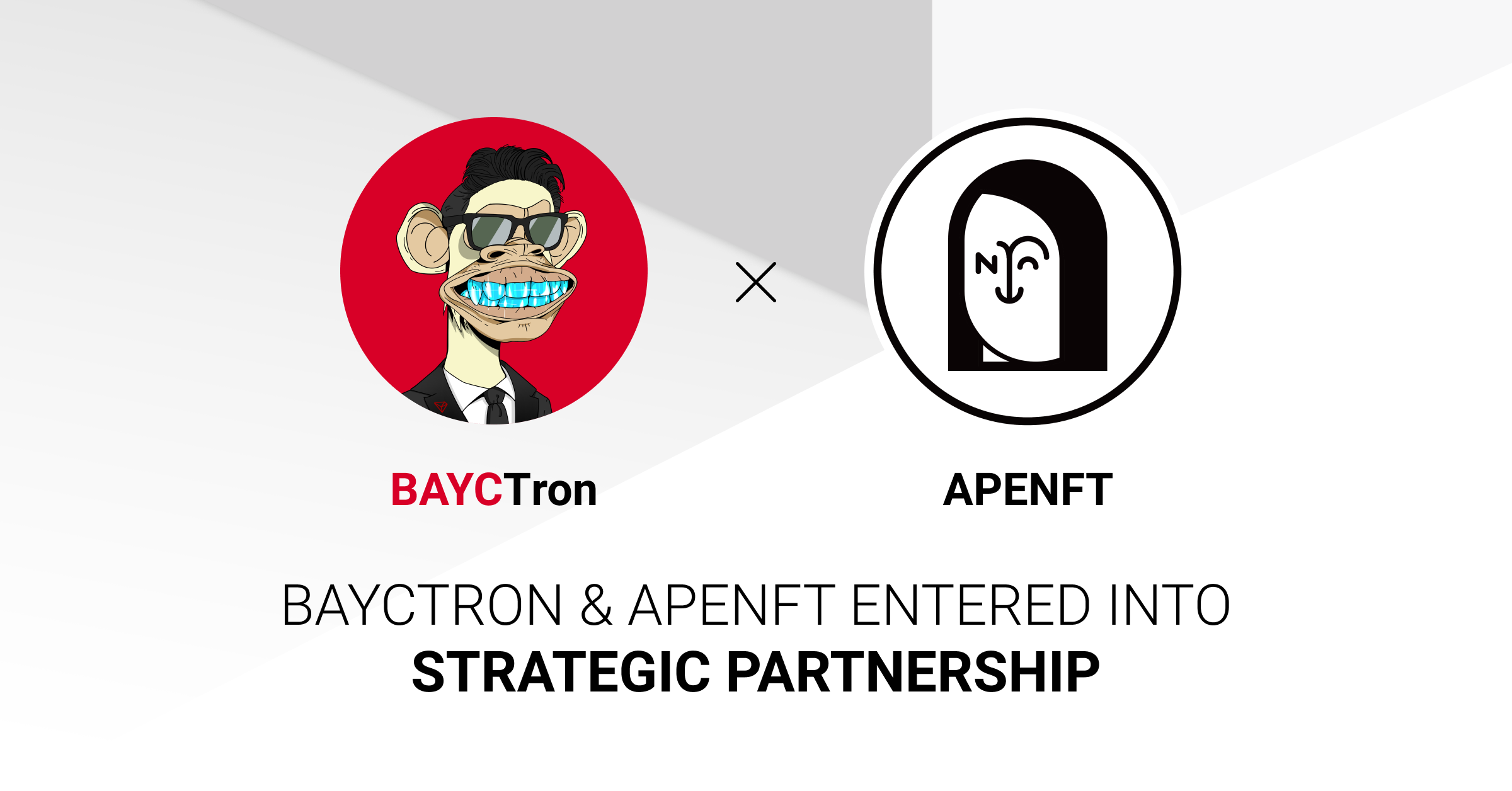 Following its highly anticipated launch, Bored Ape Yacht Club Tron and the APENFT Foundation have partnered in a strategic partnership to incentivize the development of promising NFT plants in the Tron ecosystem.

This collaboration comes at the start of BAYCtron Campaign to mint Mutant Apes. A series of 15,000 primate-inspired collectibles went up for sale earlier this month after an astonishingly rapid minting of 10,000 unique works of art.

With its first collection, Bored Ape supports Yacht Club Tron from Palmar Labs ranked among the fastest-selling collections in the Tron network, only second behind Tronmeebits.

“Counting on the support of the APENFT Foundation means a lot to us. I think anyone who has followed the evolution of the NFT landscape on Tron knows that APENFT did a great job identifying the best projects like Tpunks or Tronmeebits. Now our unique monkeys are part of this well-curated selection of artwork, ”said Carolina Matusso, CMO at BAYCTron.

Noodoe and Audi create successful program in Taiwan with Audi…

The APENFT Foundation is a curious project that focuses on registering world-class artwork as NFTs on blockchain. With a team of leading experts from Christie’s and Sotheby’s, the foundation has managed to get hold of truly distinctive NFT pieces by Pablo Picasso and crypto artists Beeple and Pak valued at over $ 30 million.

🥳🥳We are pleased to announce that we have entered into a strategic cooperation with @BAYCTron, which will be another TRON NFT project after Tpunk and Tron Meetbits. It is the first public support object since APENFT announced the establishment of the NFT special fund. @Tronfoundation @BitTorrent pic.twitter.com/CrQyDCy408

Regarding BAYCTron, APENFT wrote on Twitter: “It is the first support object since APENFT announced the establishment of the NFT Special Fund.” According to the company, the $ 100 million fund was created to “support quality projects in areas such as To invest and support NFT, GameFi and Metaverse ”. In a current press release, APENFT has also confirmed that it will actively support these funded projects in the areas of marketing and strategic product development.

Shortly after the official announcement, Tron founder and CEO of BitTorrent, Justin Sun, shared the news with his over 3 million Twitter followers. The Sino-American entrepreneur has actively supported the largest NFT projects in the Tron network, such as Tpunks and Tron Meebits and now Bored Ape Yacht Club Tron. Earlier this year, the tycoon bought Joker-style Tpunk for a whopping $ 10.5 million.

At the moment, BAYCTron is firmly in the top 3 of the most popular NFT projects in the Tron network according to the number of owners and leaves the aforementioned art actors far behind.

As previously reported, BAYCTron owners now have a life Marketplace List, buy, and sell their beloved monkeys. And from this week, Bored Ape fans can also benefit from the bidding function, which unleashes “real fun” for marketplace connoisseurs.

As Tron adds more NFT artists and collections, Bored Apes continues to make noise with his Mutant Collection. As in the first series, the minting cost is fixed at 1000 TRX, with the possibility of performing the operation both via web browser and mobile phones. While this may not seem like a “big deal”, in a sometimes very dry cryptosphere, paying attention to the user experience can be a worthwhile choice.

This is the safest strategy for Dogecoin traders

How To Buy TRON | Buy TRON With 0% Commission