However, the holdings of Bitcoin millionaires have increased slightly. The Bitcoin whale addresses, which hold between 100 and 10,000 bitcoins, added another 30,000 bitcoins in the past week, reports on-chain data provider Santiment.

Another positive indicator is that the supply of Bitcoin (BTC) held on the exchanges has continued to decline despite the recent price correction. According to other data provided by CryptoQuant, the amount of BTC held by spot exchanges has fallen sharply.

The amount of #Bitcoin held on spot exchanges continues to decline.

After a strong rally earlier this year, Bitcoin has corrected over 40% from its all-time high. Bitcoin (BTC) currently appears to have capitulated and has been trading at a 20% gain since the beginning of the year. According to historical trends, Bitcoin (BTC) will continue to consolidate for some time, but it will trade at a very crucial time when any further price movement will determine whether we enter the bull or the bear phase.

The unrealized PnL of long-term owners is at a make-or-break level of 0.75. As Glassnode reports:

“The current level of net unrealized PnL held by LTHs tests the 0.75 level, which was the make or break level between past bull and bear cycles. This key figure only recovered in the 2013 “double pump” scenario. If LTH’s paper profits continue to decline, this could also create a new source of overheads. On the other hand, higher prices and a supply bottleneck from buying the dip would begin to resemble the 2013 “double pump” scenario ”. 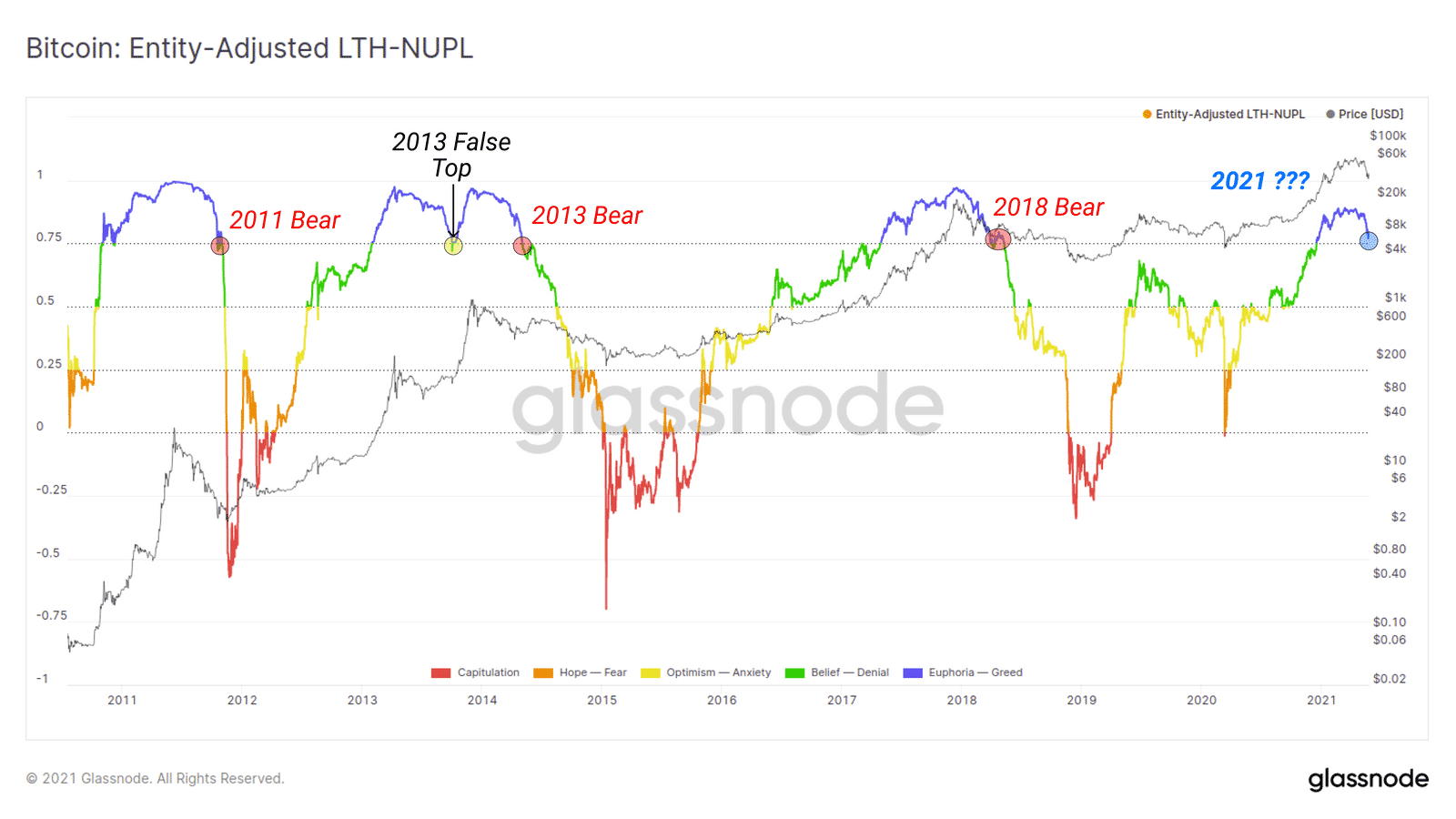 It will be interesting to see further price movement in Bitcoin (BTC).

Bhushan is a FinTech enthusiast and has a keen understanding of the financial markets. His interest in business and finance draws his attention to the emerging blockchain technology and cryptocurrency markets. He is constantly in a learning process and motivates himself by sharing the knowledge he has acquired. In his spare time he reads crime novels and sometimes explores his cooking skills.