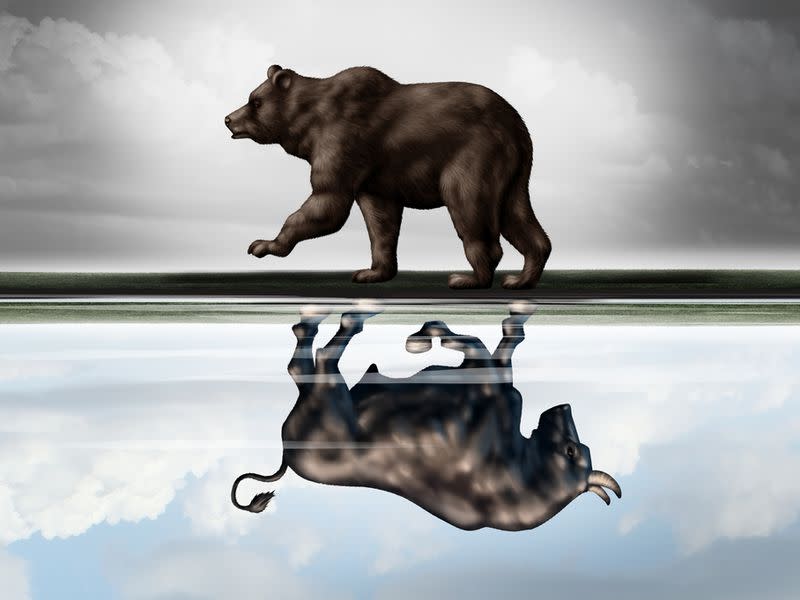 The cryptocurrency is currently trading slightly lower near $ 57,300 on the day after previously hitting a five-month high of $ 58,500. However, it is up 30% this month on increased expectations that the US Securities and Exchange Commission will soon approve a futures-based Bitcoin Exchange Traded Fund (ETF).

The Fed minutes contained less evidence of temporary inflation and showed that policy makers are concerned that price pressures may remain high for longer than previously thought.

The departure from the long-held narrative that high inflation will be short-lived suggests that the central bank may opt to tighten monetary policy faster than is already factored in. Several policy makers said they preferred to go faster.

Faster tightening would be negative for Bitcoin and liquidity-addicted asset markets in general. Markets were expecting a $ 15 billion monthly reduction from November or December. Since the coronavirus pandemic began in March 2020, the central bank has been buying $ 80 billion in US Treasuries and $ 40 billion in mortgage-backed securities every month.

Still, sentiment among some market participants remains optimistic as analysts continue to call for “HODLing” – crypto slang for buying and holding – at least until the first ETF is approved. According to Bloomberg, the SEC is likely to approve at least four ETFs this month.

However, Bitcoin has already rebounded more than 30% due to ETF speculation. Additionally, a futures-based ETF has a downside and may not be as bullish as is widely expected. So the Fed’s restrictive bias could hurt Bitcoin, especially if equity markets fall.

Bitcoin’s options market shows the demand for downside protection in the form of put options. “Front-End Risk Reversals” [short duration] remain skewed downwards (ie puts are more expensive than calls) and the put skew has actually deepened with spot movements upwards, ”QCP Capital said on its Telegram channel. “A reflection of the prevailing downward nervousness in the market.”

The week-long put-call skew has risen to 7% while the month-long value has crossed above zero. Positive numbers indicate that put options or bearish bets pull relatively higher prices than calls that are bullish.

Long-term sentiment remains bullish with the 3- and 6-month skews anchored in negative territory.