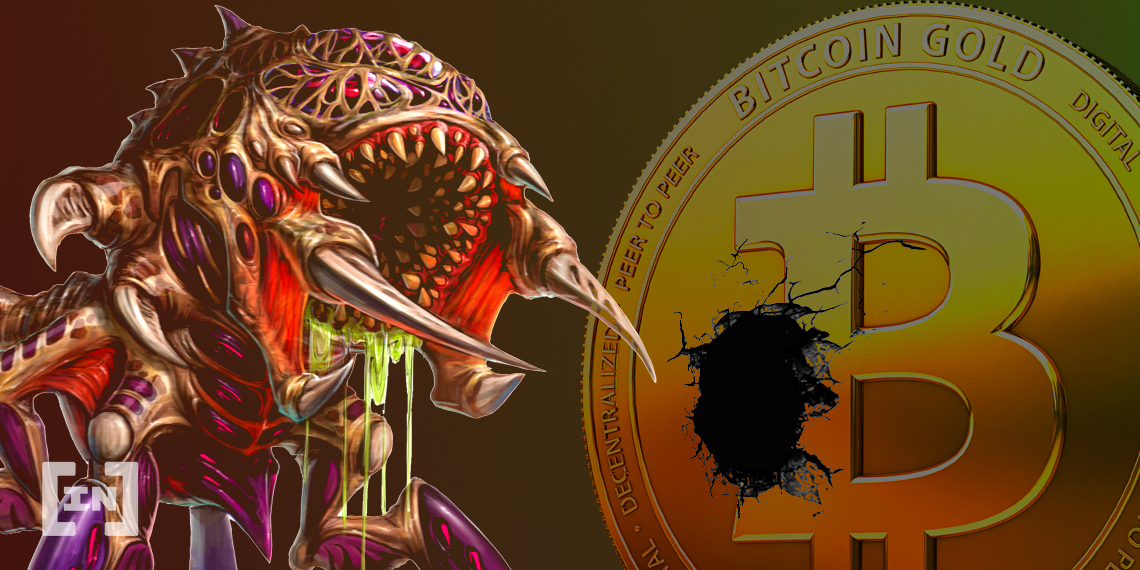 Bitcoin Gold (BTG) just suffered a 51 percent attack that resulted in a double spend of 7,167 BTG (~ USD 72,000). This is not the first time the Bitcoin clone has been attacked in this way.

Bitcoin Gold (BTG) suffered another 51 percent attack, according to MIT Bitcoin Club President James Lovejoy. The vulnerability in the BTG network was exploited, whereby the perpetrators managed to run away with BTG worth $ 72,000.

51% attacks happen when a unit is able to inherit much of a network’s hash rate. With this control, the company is then able to reverse transactions or allow double spending. The tactic has prevailed against proof-of-work blockchain networks, especially those with lower market capitalization. The double spend on Bitcoin Gold came in two batches: one at 1,900 BTG ($ 19,400) and the second at 5,267 BTC ($ 54,000).

The recent attack on Bitcoin Gold (BTG) isn’t surprising given the network’s declining hash rate. Since July 2018, the hash rate of the Bitcoin hard fork has dropped to almost zero. The lack of security on the network has made it malicious with 51% attacks, which is likely to continue.

It has also been reported that the Bitcoin Gold attack was facilitated by the lack of confirmations required by the exchanges. Binance deposits from BTG, for example, can be credited with just six confirmations. This makes conducting an attack and cashing out even easier.

Not the first time

It’s also not the first time Bitcoin Gold (BTG) has suffered a 51% attack. The Bitcoin clone saw another 51% attack in 2018 that was far more costly. In total, around $ 18 million was stolen in a 51% attack that effectively destroyed the ease of use of Bitcoin Gold completely. Such attacks have become so popular that some hackers even visited YouTube to create tutorials on how to perform them, as BeInCrypto reported in October 2018.

Since then, it’s been a significant drop for the Bitcoin hard fork. In December 2017, like most of the market, it hit an all-time high of $ 439 before collapsing in 2018 and 2019. It’s unclear what is causing the rally, but Bitcoin Gold’s dismal hash rate seems to suggest that today’s rally is likely just another pump-and-dump.