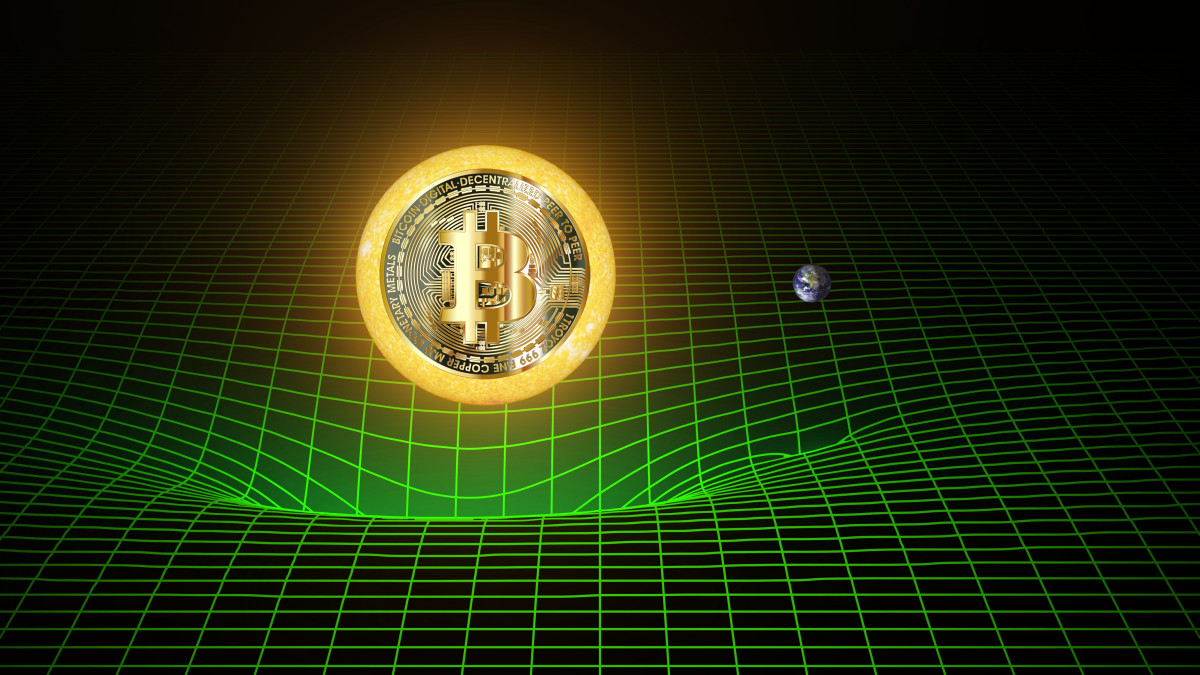 The language of Bitcoin: 5

TL; DR – A variety of monetary tricks are being revealed to the public through the review that Bitcoin instigates. From the beginning, most of us couldn’t see the forest for the trees. For many, Bitcoin’s simple technology helped explain the extremely convoluted machinations of Fiat, which were so prevalent that generations of people got up close and personal with the monetary landscape. Bitcoin is another lens, a constant measure of looking at the world. Many are now mistaken about the state of affairs by the all-consuming influence of inflationary credit expansion, which is telescoping the financial world.

Through its proof-of-work mining, the digital world of the infinite scarcity of Bitcoin is grafted onto the physical world. Such a connection between these two areas had not previously been achieved with a distributed system. Bitcoin has the additional magical property that it can be transported over any communication channel for an almost insignificant fee, which transparently only serves to protect its value and to create incentives for cooperation between its network participants.

There is an insidious misconception or popular belief that many competing objects in this world are scarce.

There is only Bitcoin, and it is geographically independent, politically deaf, and cannot be captured by a single entity. In addition, its perceived value, resulting from its ultimate infinite scarcity, can be carried over to and from anyone anywhere on the planet at any time.

This partially differentiates Bitcoin from any other cryptocurrency. It’s not difficult to make up circumstances or imagine what might be the case. Altcoins are just an exercise, they belong in the realm of ideas. Ideas alone will not change anything. Altcoins, NFTs, De-Fi, all this noise only exists in the realm of ideas. In the real world, Bitcoin is the simpler, more practical technology that subsumes and dwarfs the centralized proof-of-stake technologies, which all look more or less the same from a decentralized technology perspective.

Alt-Coins are nothing more than fiat iterations that bring nothing to market except special technical niche languages ​​that are effectively technobabble gibberish that is just for entertainment. Altcoins emerged from Bitcoin. They are just direct copies or permutations of it, all of which fail at different speeds. Altcoins are also dependent on Bitcoin in order to have a long lifespan at all.

Bitcoin has solved the daunting problem of associating events with times in distributed systems. It is worth noting that Satoshi failed to make information uncopiable. If you have access to information, you can also perfectly copy it. Centralized systems try to obscure and monitor knowledge by preventing and actively preventing people from learning.

All information, including information about your Bitcoin private keys, can be copied. This understanding is at the heart of learning how to use Bitcoin and protecting your privacy. Duplication is an unstoppable characteristic of information.

That is a blessing and a curse. This law makes both good and bad ideas careless and persistent. It is also what makes patents and copyright an eternal losing battle that only exists through violence.

It must be emphasized that the impossibility of linking events to points in time in distributed systems was an unsolved problem before Bitcoin. Solutions like Bitcoin may be singular, but cannot be made individually, as all information can be copied, there will always be alternative cryptocurrencies.

It is very unlikely that the conditions that led to the launch and successful bootstrapping of the Bitcoin economy will repeat themselves in our lifetimes with a currency that can do everything Bitcoin does and more.

Bitcoin as a solution cannot be put back in the bottle and it cannot remain a niche. Alternative cryptocurrencies will remain, but pale in comparison to the success of Bitcoin as they are and remain centralized and ultimately subject to the whims of one person or a small group or even a large group of people.

Bitcoin is apolitical money. This is a characteristic that sets it apart from all other assets.

One could argue that we will not find a solution to all political problems in cryptography, but as Satoshi Nakamoto pointed out, “we can win a great battle in the arms race and win a new territory of freedom for several years”. And we have, and probably will continue to enjoy, the opportunity to have freedom and property that Satoshi has provided.

Many believe that this freedom results from competition between different cryptocurrencies. This is a mistake. Bitcoin has no competition for what it does. It is incomparable.

In the far-reaching history of monetary mandate, censorship, and oppression, every living person had ideas. Bitcoin provided a simple, actionable solution. Untouchable, unstoppable, non-confiscable transactions that are ordered and stored in a distributed network.

As long as honest nodes control most of the hashing power on the network, they can create the longest chain and overtake all attackers, and we can store and transmit property, value, and therefore uncensored freedom of expression, across time and space.

The only requirement is that the good guys together have more hashing power than any individual attacker. This has been the case for over a decade.

Bitcoin gives you the freedom to own and control property. This is a unique form of ownership. Bitcoin is freedom. It’s unique in that regard. You can actually take possession of the freedom through Bitcoin. This is what it means to operate Bitcoin.

The problem with Fiat is that its rules are forever incomplete. There is some degree of randomness about all forms of alternative cryptocurrencies and fiat as they have introduced a large amount of human governance and dictation into the system.

People cannot monitor themselves as effectively as possible because they are subject to the fallacy of infinite recourse. Who is watching the observer? and so forth.

This leaves one question: How is governance defined? Bitcoin gives you the ability to run older versions of bitcoin, and the freedom to do whatever you want with your bitcoin without getting pushed off the network. Most of our updates are agreed upon and adopted individually at will. Bitcoin is backwards compatible. And the burden of choosing who to do business with or for rests solely with the owner of the unspent deals.

There is no restriction by the rules of the fiat game. You are not playing with a certain set of numbers, but with a system for the unlimited construction of numbers.

The Fiat game was constructed on the premise that the highest number, positive or negative, wins the trick. The problem is that the rules of this game have been abused to such an extent that it is generally unclear to the population how the game works. What is money and what is not at Fiat?

In Fiat, you play three-card monte with the Fed, which offers the illusion of safety, entertainment, and instant gratification (if you play nicely) in exchange for the constant devaluation of your wealth.

Instead of making that false promise, Bitcoin simply gives you peace of mind about how much property you have right now and the next. Bitcoin is owned in a rented world.

So we are only quietly accumulating Bitcoin. Bitcoiners understand that only an incurably closed offering retains and increases in value over the long term if it is valued in comparison to all other non-scarce assets.

In Fiat, you constantly pay a permitless convenience tax as monetary devaluation in addition to the direct taxes paid to finance wars and institutions that enforce the Fiat network. Bitcoiners understand that any amount of money will lose its value ad infinitum if its supply is unlimited.

As a society we have got used to the fact that we do not have a specific range of monetary numbers, but rather a system of unlimited monetary construction.

Any other monetary system allows people to choose at any point in time what rate to keep printing money and when to tighten, but it will never stop, there is no incentive to do so. History has shown that governments cannot resist the temptation to devalue society’s currency in order to enrich themselves.

Bitcoin is a closed monetary enumeration that takes into account the asynchronous communication inherent in every decentralized system.

Synchronous events do not exist. Everything happens in good time. However, from the perspective of a centralized system with a single line of sight, this does not appear to be the case. There is a sobering parallax effect when looking at the currency landscape through Bitcoin’s decentralized system.

But information and even Bitcoin cannot directly represent the state of the world. And Bitcoin doesn’t pretend to do that. The state of affairs is not as any government tells you, nor has it ever been.

The Bitcoin blockchain is just a description of time within larger and smaller systems, orthogonal systems. All other cryptocurrencies have left out the essential decentralized feature of such a time description and try to mask this with additional functions.

There is an abundance of monetary experiences revealed to us through the review inciting Bitcoin that have previously been hidden or abstracted from view. One of them is understanding our time as an asset that we must constantly trade. Time is not money. But like Bitcoin, time is short.

Growing use of Bitcoin in Afghanistan