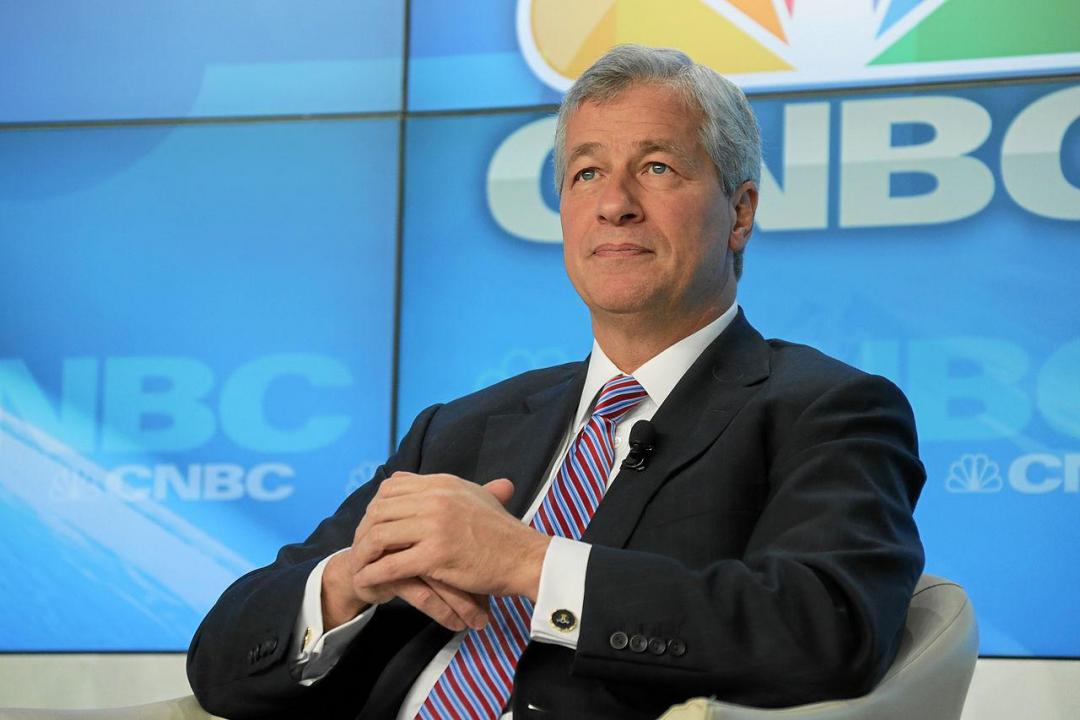 Gone: The idea that Bitcoin is a store of value.

The price of gold has risen as the value of Bitcoin has fallen, underscoring a flight to safety amid rising inflation and a sharp downturn in the cryptocurrency market.

Critics, including New York investment bank Goldman Sachs, have long argued that Bitcoin is too volatile to be a store of value, but that’s only part of the equation.

For dazzling long-term investors, Bitcoin remains a bet on future price increases. Some bought the dip to expand their bitcoin holdings for a good price.

A sustained downturn of 20% or more is commonly viewed as a bear market.

However, the price of Bitcoin, the world’s largest cryptocurrency by market capitalization, rebounded on the early day of trading. Ethereum, the second largest crypto, also traded higher.

“It is true that some indicators point to the possibility of a bear market, but in our view it is more of a prolonged and overdue correction triggered by (Elon) Musk’s tweet and the Chinese news, and a cascading effect rolled into one “Leveraged Market,” said Jason Deane, Bitcoin analyst at Quantum Economics in London, told Newsweek.

However, he argued that Bitcoin’s long-term outlook remains positive.

“The short-term path is unclear,” said Deane, “but the fundamentals, network and goals of Bitcoin remain intact, which means that holders with long-term goals are likely to go unimpressed.”

“This broadly confirms that most coins are ‘young’ – recently bought – and changing hands,” said Deane. “This means that recent Bitcoin purchases are also the main sellers. This is a fairly typical pattern of a bull market correction, where new investors are more likely to panic sell due to a lack of understanding of assets, markets and trades.”

However, JP Morgan said institutional investors had pulled out of Bitcoin futures, which were traded on the Chicago Mercantile Exchange.

“The bitcoin flow picture continues to deteriorate, suggesting a sustained cut by institutional investors,” JPMorgan said in a research note. “Last month, the Bitcoin futures markets saw their steepest and most sustained liquidation since the Bitcoin rise began last October.”

Even so, the bank stuck to its earlier estimate that Bitcoin could soar to a new high and top $ 140,000.

Two major events caused the Bitcoin sell-off: Musk said Tesla would no longer accept Bitcoin as payment for its electric cars, and the People’s Bank of China reiterated its ban on the use of cryptos for any type of payment.

However, Beijing’s stated concerns should probably not be valued at face value as China generates most of its electricity from coal-fired power plants and continues to build new assets.

The reason: coal-fired power plants are cheap to build and reliable. China’s economy, second only to the US, has lifted millions out of poverty.

“In 2019, coal accounted for 57.7% of China’s energy consumption,” ChinaPower, a division of the Washington-based Center for Strategic and International Studies, said in a report. “China has consumed more coal than the rest of the world combined. China’s industrial sector is by far the largest consumer of coal.”

China’s crackdown on Bitcoin mining is almost certainly not going to punch a hole in the market as others will solve the hexadecimal puzzles after a brief pause and earn new coins as rewards.

According to Deane, the demand for new Bitcoin mining machines – computers to solve the mysteries – remains high and supply is scarce due to the global shortage of semiconductors. 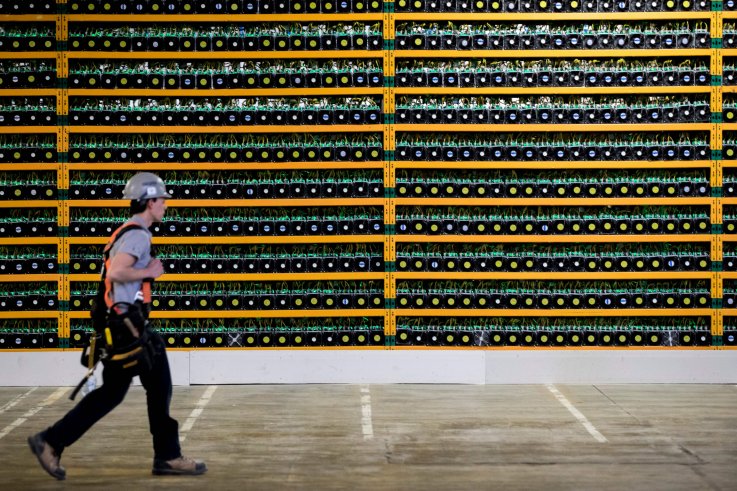 China’s decision to ban Bitcoin mining could create a strong market for used machinery, but it is not clear that Beijing will allow such sales. Mining is necessary to maintain the blockchain, the unbreakable ledger of transactions that power the Bitcoin market.

The Federal Reserve, the country’s central bank, plans to issue a research paper this summer outlining the benefits and risks of issuing US digital currency. China has launched a digital yuan and is testing it in selected cities.

The argument: Governments will not give up their monopoly on issuing and regulating money – and that could mean trouble for Bitcoin and Ethereum, a crypto designed for trading.

Unlike Bitcoin or other cryptos, the government would issue a central bank digital currency (CBDC) that is backed, centralized and regulated by currency reserves.

Some see the Fed’s proposal as a shotgun aimed at Bitcoin, but Deane said government-backed digital currencies could bolster Bitcoin.

“First, it is recognized by the inspection bodies that digital payments are inevitable,” he said. “Second, this will create a global normalization for the use of digital currencies and blur the line between a digital dollar, yuan, or other asset. Ultimately, it will allow for a much easier transition between digital assets as the format will be universal.”

Going forward, Deane said, people are likely to have a multi-asset digital wallet that allows “seamless and instant movement” between cryptos and government-issued CBDCs.

“It makes sense that Bitcoin, as a standalone non-sovereign, would be a compelling choice in this scenario,” he said.

The U.S. economy is leading the world in recovering from the COVID-19 pandemic, but the recovery comes at a heavy price: inflation.

The service sector, including restaurants, entertainment, and travel, is strong and is likely to grow as vaccination rates rise and government lockdown restrictions ease.

“While the US has seen the strongest expansion, it has also seen by far the largest increase in the price of goods and services,” said IHS Markit, a London-based market intelligence provider, in a report.
ihsmarkit.com

“While the US has seen the strongest expansion, it has also seen by far the largest increase in the price of goods and services,” said IHS Markit, a London-based market intelligence provider, in its report on the purchasing managers’ index (PMI).

However, the rise in federal economic stimulus programs can be partially offset by rising long-term interest rates.

Earlier this month, the US Department of Labor announced that inflation has risen at the fastest rate since September 2008. The consumer price index (CPI), a measure of a shopping basket plus energy and housing costs, rose by 4.2% compared to the previous year.

Analysts polled by Dow Jones expected an increase of 3.6%. The monthly increase was 0.8% versus the expected 0.2%.

Excluding volatile food and energy prices, core CPI rose 3% yoy and 0.9% monthly. Energy prices are up 25% year over year, including a 49.6% increase in gasoline prices.

The US and UK saw record expansion and the euro zone saw the strongest expansion since February 2018, but growth in Australia is falling from a record high and Japan is lagging, IHS Markit reported.

The Federal Reserve expects higher inflation to be “temporary”. A member of the Board of Governors believes inflation will ease in 2023 after missing the central bank’s 2% target this year and next.

According to IHS Markit, some higher prices are due to kinks in the supply chain, an issue that is being gradually addressed.

“Some of the price pressures appear to be temporary,” said Chris Williamson, chief business economist at IHS Markit, in a report. “Companies are struggling to rebuild capacity not only in factories but also in sectors such as hospitality because of a lack of input, personnel and logistical support. How long this price pressure lasts depends on how quickly supply and demand return come into balance. “

The US Bureau of Labor Statistics said employers created 266,000 jobs in April. Retail employment continues to grow, but it still employs around 400,000 fewer workers than in February 2020, the month before the coronavirus pandemic, and state governments have ordered shops and restaurants to close to limit the spread.

Frank Breuss, co-founder of fintech firm Nikulipe, said small and medium-sized businesses should maintain the online presence developed during the pandemic to stay competitive as the economy reopens.

“There is a risk that many smaller retailers will just go back to physical business and potentially close the e-stores they are running now. It would be a waste to neglect or even shut down their e-commerce business.” Life is moving back towards its normal pace, “he said in a note to Newsweek.” By maintaining your presence in the e-commerce space you can access new, sustainable sources of income and better with the major e-commerce providers like Amazon or eBay compete. “

A survey by McKinsey & Company, a global management consultancy based in Chicago, found that more than half of shoppers worldwide want to continue shopping online and picking up the items in-store, a practice that arose during the pandemic.

As of May 22, approximately 129 million Americans, or 38.9% of the population, had been fully vaccinated against COVID-19. About 60% received the first shot, reported the U.S. Centers for Disease Control and Prevention.

Experts estimate that 70% to 90% of the population must be vaccinated in order to achieve herd immunity and contain the spread of the coronavirus.

Should you invest in Dogecoin? Expert suggests staying away from the controversial cryptocurrency market – CBS Detroit

Bitcoin rallies, Ethereum and Altcoins signal the continuation of the upward trend