Bitcoin price last: US Senate about to pass the “crypto killer” law in the “back door ban” | City & Business | Finances 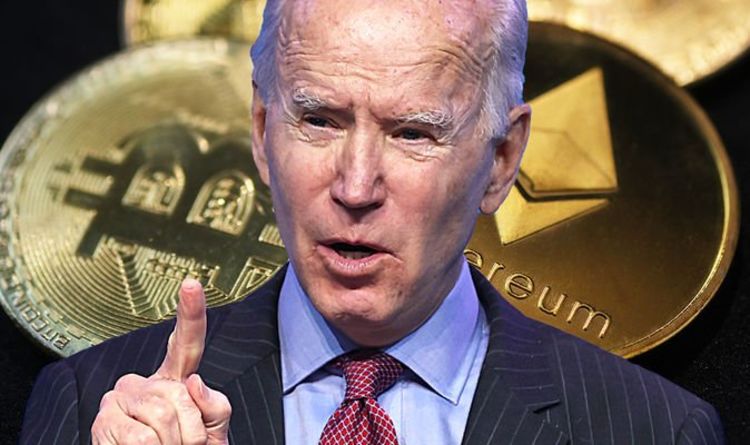 A plan to enforce taxes to pay US President Joe Biden’s $ 1 trillion bipartisan infrastructure bill has sparked controversy among proponents of cryptocurrencies. One element in the sales drag is the new crypto tax reporting legislation that has alarmed the sector. Legislation requires that large cryptocurrency transfers be reported to the US Internal Revenue Service (IRS).

Mr. Biden’s tax cuts will then be used to pay for his ambitious spending plans, which are estimated to cost tens of millions of dollars.

Washington estimates that reporting requirements for cryptocurrencies alone could bring in an additional $ 28 billion for the U.S. Treasury Department.

The tax is to be achieved by “strengthening the enforcement of cryptocurrencies”.

Yesterday, Republican Senator Ted Cruz, a Bitcoin advocate, tweeted: “The Senate is about to pass laws that would be TERRIBLE for cryptocurrency.

“The infrastructure deal contains DANGEROUS provisions that would devastate crypto and blockchain innovations.

“Supporters of crypto need to be heard.”

Regarding the cryptocurrency control of the new law, former Coinbase Chief Technology Officer Balaji Srinivasan tweeted today, “Make no mistake, this is a back door Bitcoin ban.

“Compliance is impossible. Their intent is to criminalize full nodes, lightning nodes, and most bitcoin wallets.

This change would be particularly damaging for Ethereum, which moves to the less energy-intensive “Proof of Stake” consensus mechanism.

Venture capital firm Andreessen Horowitz has stated that the Warner Change would be “an amazing loss to America and our ability to remain the world’s innovation epicenter.”

Another change was proposed earlier this week by US Senators Ron Wyden, Cynthia Lummis, and Pat Toomey.

This was seen as a progressive step for the cryptocurrency ecosystem as it would exclude non-custodian actors like miners and software developers from reporting to the IRS.