Bitcoin price is higher in Asian trading after it became known that Twitter users will soon be able to “type” BTC on their favorite creators. This week, Apple IOS users will be able to add their Bitcoin (BTC) addresses to their accounts and send and receive the digital currency through the social media platform.

The news helped Bitcoin price jump $ 1,500 to $ 45,000 early Friday, on track to offset the heavy losses it suffered earlier this week. On Wednesday, BTC fell to a six-week low of $ 39,600 as risk assets reacted to Evergrande’s default. Since then, however, Bitcoin has been in “only up” mode and has gained more than 13%. Additionally, the two-day rebound has pushed BTC well above the 100-day moving average and is on the verge of breaking the 200.

The aggressive downward move in the first half of the week sparked sizeable stop-loss selling and long liquidations. Bybt, bullish traders closed positions totaling over $ 2 billion, following the more than $ 3 billion sold on July 7th, which could be a bullish catalyst for Bitcoin price. If BTC continues to climb higher, it could cause the failed longs to re-enter, forcing the shorts that were sold in the weakness to cover each other, creating additional buying pressure. One possible catalyst for a squeeze is when BTC closes above the 200-day moving average at $ 45,743. Should this happen, the levels to watch for are at $ 48,200 and then the $ 50,000 psychological mark.

Below the market, the 100-day moving average is the logical first level of support. During Wednesday’s Asian hours, Bitcoin price fell sharply below the indicator in what appeared to be an attempt to trigger stops. The price rebounded quickly, gaining more than $ 3,000 before settling just below $ 40,720 on the day before rebounding. Hence, I would describe the test of the 100 DMA as successful, which solidifies its importance. On that basis, Bitcoin price action is constructive as long as it stays above the indicator which is now at $ 40,851. Failure to do so opens the door to $ 37,000. 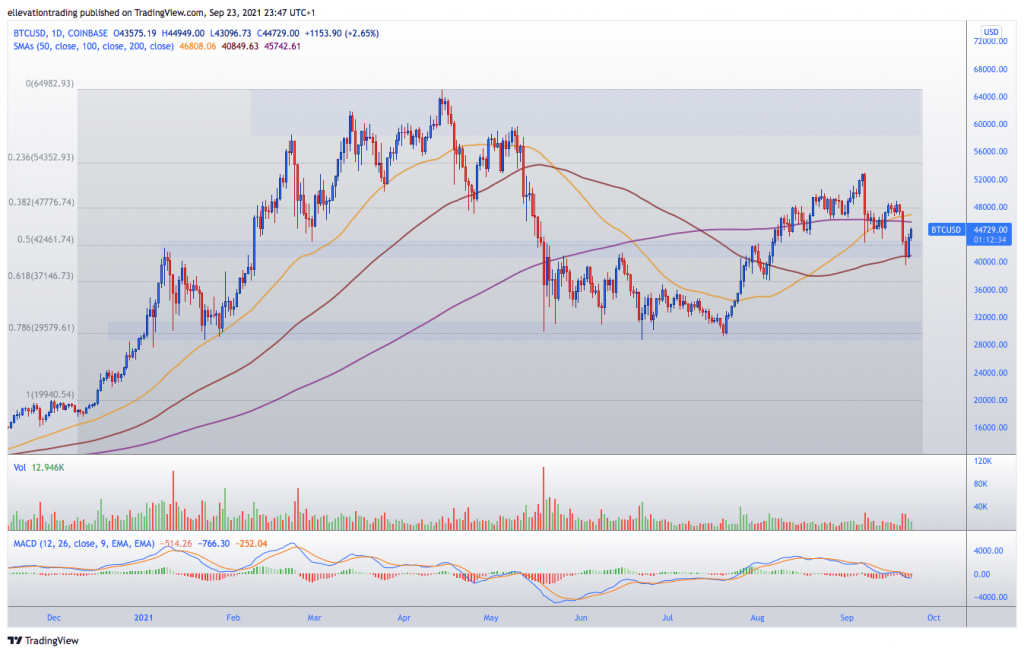 Binance Coin: wait for it before making a move

Why XRP will lead the beleaguered Bitcoin