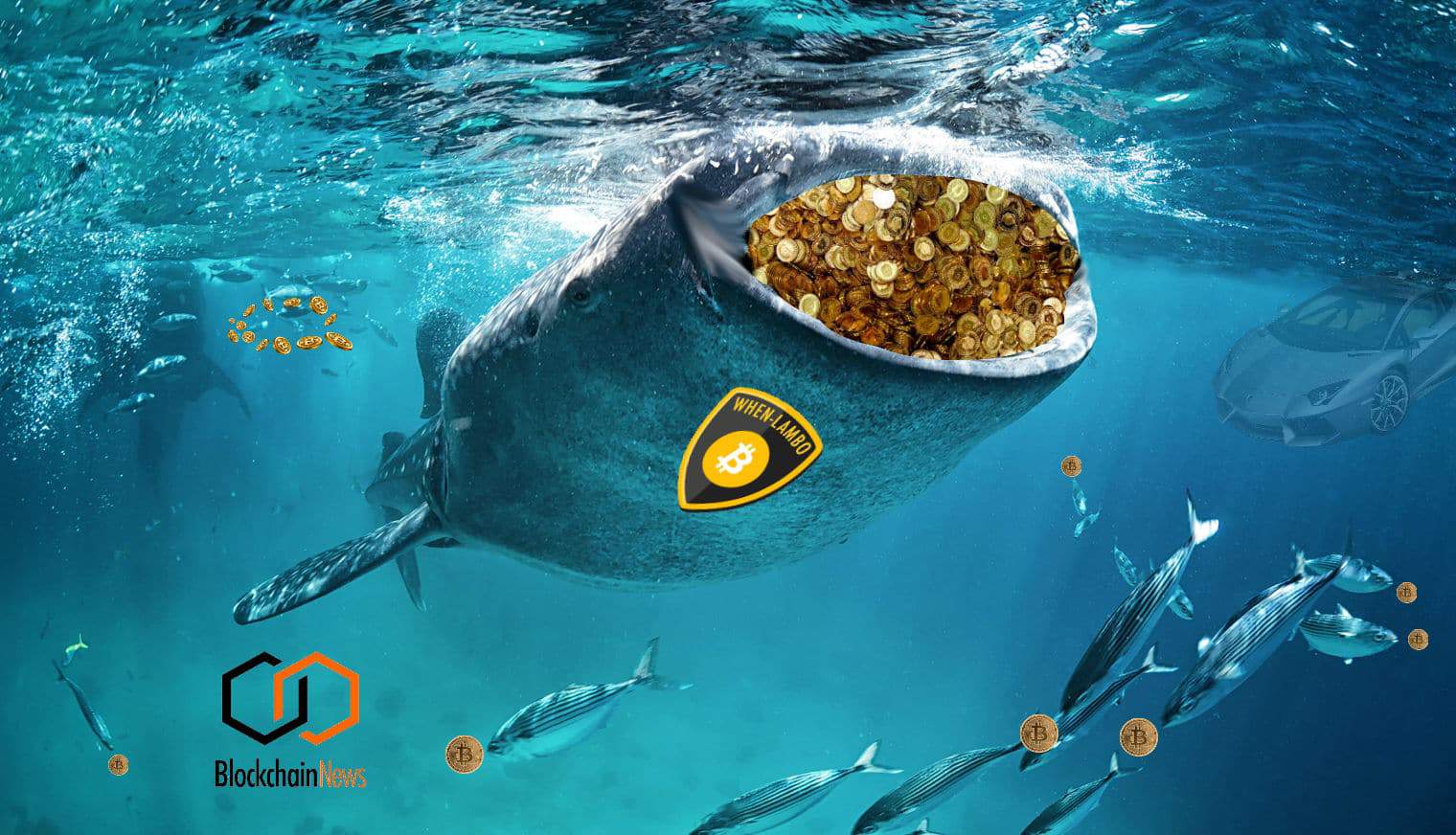 The blockchain monitoring and information platform PARSIQ has published the results of its study on the distribution of cryptocurrency assets across the five most important cryptocurrencies and has clearly shown that Bitcoin assets are concentrated in a relatively small number of wallet addresses and that number has not been strong for years changed.

Cryptocurrencies were created with the desire to create a more egalitarian society, away from state manipulation and centralized control. However, the latest research by PARSIQ has shown that cryptocurrency assets are controlled by a small number of early adopters and exchange-owned “whale wallets”.

Among the top 5 cryptocurrencies by market capitalization, Ripple is the most concentrated, with half of the XRP controlled by just 14 wallet addresses, which equates to just 0.001% of the total wallet addresses funded3. However, Ethereum is not far behind with 346 wallets, which consist of 0.003% of the wallet addresses1.

“HODLing” leads to an increased concentration of assets

The minimum number of Bitcoins required to join the elite of the top 50% of Bitcoin wallet addresses is 347 BTC, or about $ 3.8 million. On average, these wallet addresses have been around for a little more than two years, so a large part of the accumulated assets are before the interest rate hike at the end of 2017. 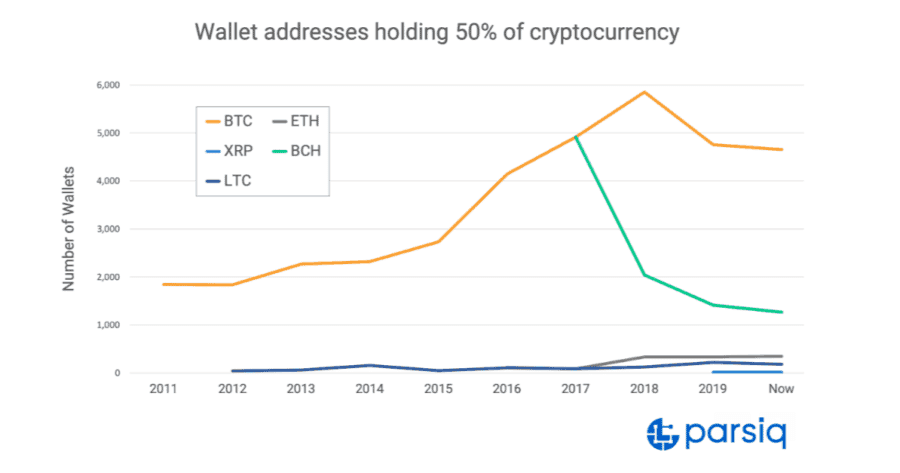 In the first few years, Bitcoin’s wealth was gradually distributed more widely, but this accumulation has not changed much in two years (see graph below) and has partially reversed. Ethereum and Litecoin were also relatively stable, although with these cryptocurrencies far fewer wallets control half of the assets – 346 and 180 wallet addresses, respectively.

Bitcoin Cash is the exception to a stable two years. It has seen a significant concentration of wealth since the hard fork that created it as large BCH holders cashed in on their holdings.

The real story is that while mass media interest generated a great deal of interest in 2017-2018, very little has changed beneath the surface. The whales still hold cryptocurrencies for the long term and still have the ability to move the markets.

“The fact is, the transparency that is part of the DNA of cryptocurrencies has been tarnished by the size and complexity of analyzing those cryptocurrencies. It is time to open up the blockchain to everyone, promote a more equitable distribution of wealth, or at least ensure that the whales are more accountable through better surveillance. “

PARSIQ is a next generation blockchain surveillance and intelligence platform. PARSIQ’s solution listens to all blockchain activity and creates a fully indexed representation of what is happening on a given blockchain and when. It goes beyond the current solutions, with new innovations such as mempool monitoring and ParsiQL, a query language that can be used to create complex logical conditions that react in real time to the events or certain transactions on the blockchain. The technology protects against unauthorized blockchain events, its market intelligence ability gives new insights into blockchain trading activities and can use forensics to delve deep into past criminal activities on the blockchain.