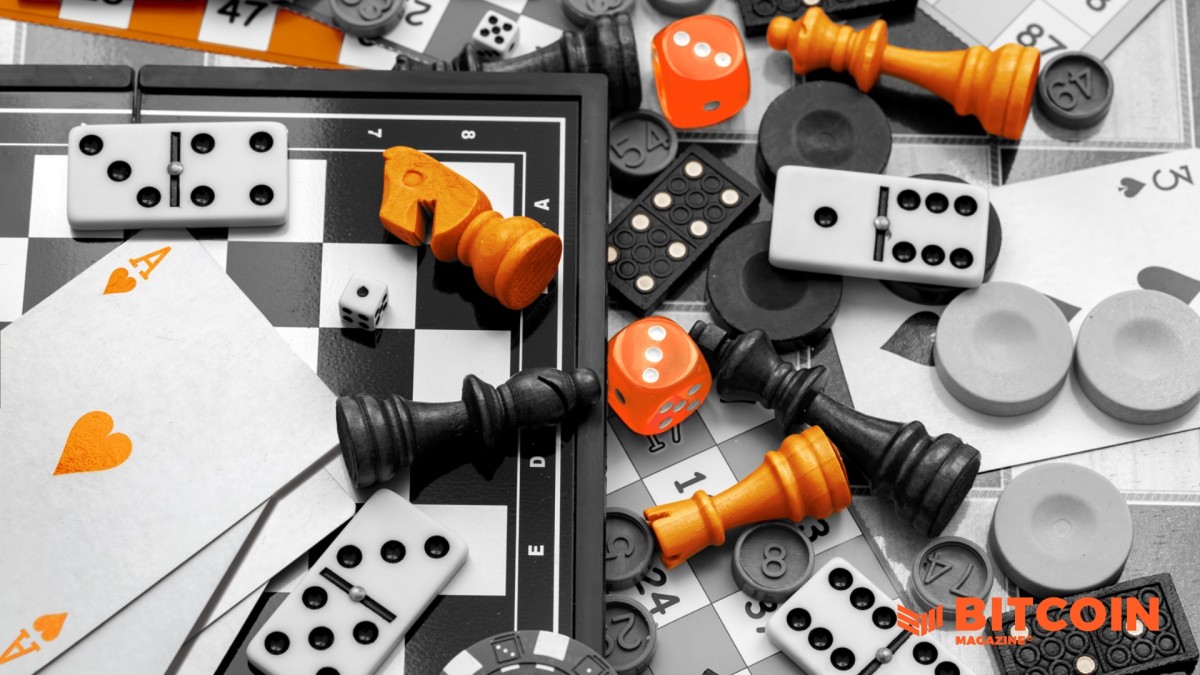 What is game theory? Put simply, when you play a strategy game like chess, every move you make in the game has to be countered by your opponent. The strategic decisions you and your opponent make ultimately determine who wins the game and who loses.

How does this relate to Bitcoin? Bitcoin is the greatest invention since the Gutenberg press. The Gutenberg press influenced game theory of how church and state functioned and how information was shared with the world. When Johannes Gutenberg invented his press, he was essentially moving his pawn to checkmate the church. Until the invention of the Gutenberg press, the church and people in positions of power and education could largely read, write, and spread what they wanted. Before the printing press, there were few copies of important scriptures such as the Bible. Any knowledge of the world came mainly from what was available in your city to an educated figurehead to read in church or school. Most people could neither read nor write and therefore relied on others to gain their knowledge of the world. The Church told people what to learn, what to believe, and how to live their lives. As long as the state and the church controlled what was taught to the people, they could control the ideologies of the people.

Bitcoin shares the same game theory as the Gutenberg press but is working to separate the state from money. Let us now imagine a chessboard on which the “strongest players in the world” (WMPPs) – banks, governments, interest groups – play on one side of the chessboard and Bitcoin on the other. This chess game between Bitcoin and the WMPPs was the longest chess game ever played as it has been going on for 12 years. There are two possible outcomes in chess, stalemate or checkmate. There is no chance that Bitcoin will get into a stalemate in its game against the WMPPs, as a stalemate means that neither player wins or loses. A stalemate occurs when neither player can make a move that would cause the game to advance.

Alternatively, if Bitcoin checkmates the WMPPs king and wins the game of chess, Bitcoin has become a store of value and a medium of exchange for the whole world. The WMPPs cannot checkmate Bitcoin because if it were possible for the whole world to ban Bitcoin, as far-fetched as it sounds, Bitcoin would simply go underground and be used like the Tor Network, also known as the Dark Web .

This year the WMPPs made the following moves against Bitcoin in addition to “Bitcoin’s game theory countermoves” (BGTC):

WMPPs Move # 1: China has banned all Bitcoin miners from their country. China represented roughly 65% ​​of the computing power that powers the Bitcoin network.

BGTC: Bitcoin miners moved to the US and other Bitcoin miner-friendly countries. The resilience of the Bitcoin network has been severely tested by this giant move by the world’s second most powerful country. The honey badger doesn’t care about the decision of China or any other powerful country. Bitcoin has the “little engine that could” mindset and will soon become a steamroller that all countries avoid or have to be “rolled over” by.

BGTC: Bitcoiners called all of their senators and fought for reformulation of cryptocurrency regulation and less hard for the bitcoin industry. This bitcoin movement sent shock waves through the convention halls and although the “destination” did not change in favor of cryptocurrencies, the shock waves caused by bitcoiners will be felt forever. Bitcoin, the protocol, cared neither about the bill nor about people’s opinions and kept going on the tune of “Tick Tack Next Block”.

WMPP’s Move # 3: The environmental, social and governance movement (ESG), as a puppet, got Elon Musk to “realize” the “immense” energy consumption of Bitcoin and the need to make Bitcoin “greener”.

BGTC: The Bitcoin Mining Council was founded by Michael Saylor and after compiling an immense amount of energy usage data from 23 miners (62% of the mining industry) who freely joined the council, it was found that Bitcoin currently accounts for more than 50% of its usage from renewable energies. Bitcoin plunged to $ 29,000 within a few months following the Musk and China FUD. Bitcoin’s price is now close to $ 50,000. The honey badger doesn’t care about Musk or the ESG, but the Bitcoin Mining Council serves as a great way to educate the masses about Bitcoin’s energy usage.

WMPP’s Step # 4: The International Monetary Fund (IMF) tried to bolster El Salvador not to pass a law allowing Bitcoin to become legal tender in the country by threatening not to support El Salvador.

BGTC: The President of El Salvador took matters into his own hands and did what he thought was best for his people by passing a law over a day to make Bitcoin legal tender in El Salvador. El Salvador began using Bitcoin as legal tender on September 7, 2021, which is like moving its pawn to the end of the chessboard and all avid chess players know what happens to a pawn when they reach the end of a chessboard . Pawns become queens and the queen is the most powerful piece in the game of chess. This game theory move by Bitcoin will start a chain reaction among other countries to introduce Bitcoin, support the bankless bank and protect the purchasing power of those who protect it from rampant fiat pressure from all nation states.

In summary, the Bitcoin network will continue to work no matter what the WMPPs say, do, or think. Some of the largest and most powerful entities such as the IMF, China, the United States and the ESG movement have tried to attack Bitcoin, but it will continue to move its pawns on the world’s chessboard to counter any move as it is a beautiful one constructed protocol. You could even argue that Bitcoin is artificial intelligence considering how it has been countering every move the WMPPs have made for the past 12 years, but that will be for another article.

This is a guest post by Jeremy Garcia. The opinions expressed are solely their own and do not necessarily reflect those of BTC, Inc. or Bitcoin Magazine.

Lightning powers Bitcoin in El Salvador and beyond