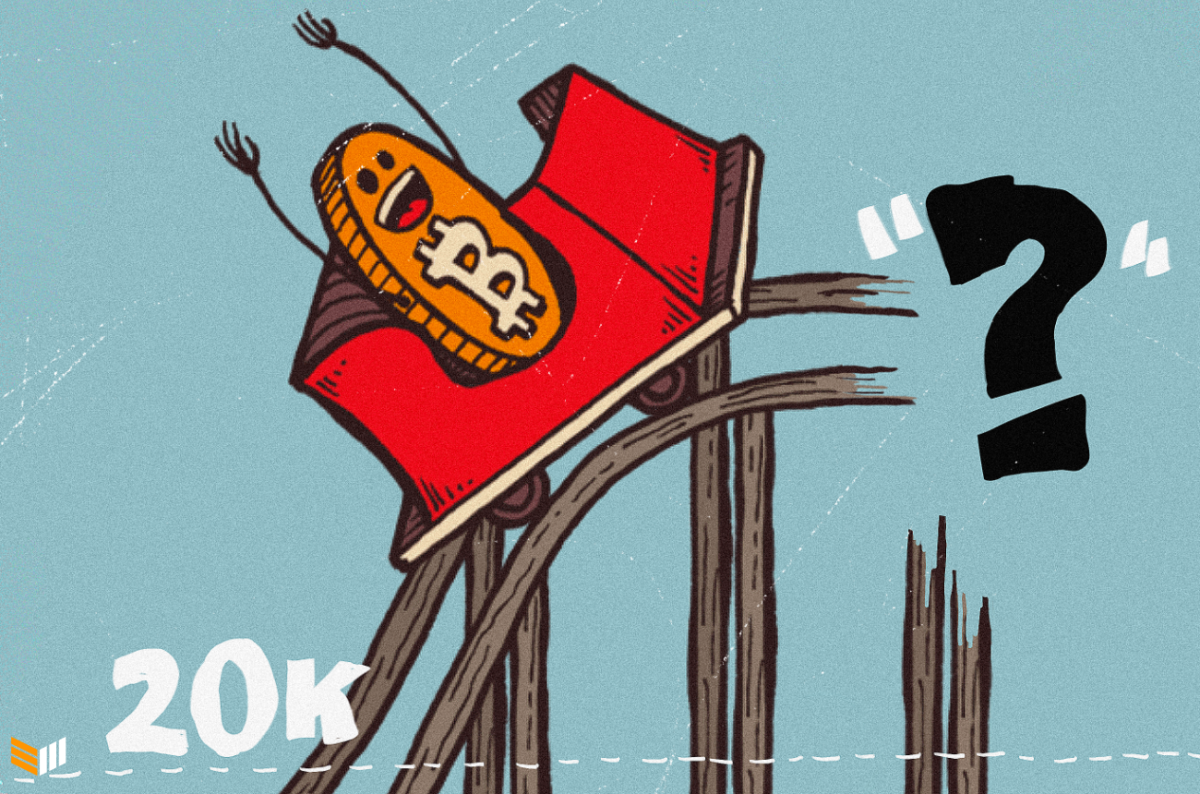 With Bitcoin outperforming all-time highs in an ongoing rally, investors wonder what will happen next.

The cryptocurrency landscape was obsessed with the famous bull run of winter 2017, but with Bitcoin surpassing its all-time high of $ 19,655, the cryptocurrency world may be venturing into uncharted territory.

There are many factors that helped create the right environment for Bitcoin to surpass its 2017 highs. The spring 2020 COVID-19 market crash caused BTC to briefly fall to around $ 5,000 before the prospect of a strong rebound received fresh impetus from investment. Bitcoin’s movement was further fueled later in the year by news that PayPal would be accommodating the buying and selling of the cryptocurrency, as well as the uncertainty caused by the U.S. presidential election.

But what happens next? Bitcoin has seen a sharp rise in value in the past few weeks, gaining up to 45.8 percent in just one month and surpassing an all-time high on numerous exchanges. But is the increase sustainable? Or will the world’s most popular digital asset fall back to earth?

The larger the market capitalization, the more sustainable a significant price run is likely to be. This recent surge in Bitcoin’s market cap was fueled by significant investments from companies like Square and MicroStrategy, as well as the greater accessibility of PayPal, which makes digital currency available to its 286 million user base.

As a further boost to the attractiveness of Bitcoin, the supply of the cryptocurrency will be cut after the halving in early 2020 – this is due to the fact that less Bitcoin is released as a mining subsidy per block.

A major crash occurred after the 2017 Bitcoin rally, from which the crypto market spent much of the next two years recovering on its own. However, investor behavior appears to be different today than it was in 2017. 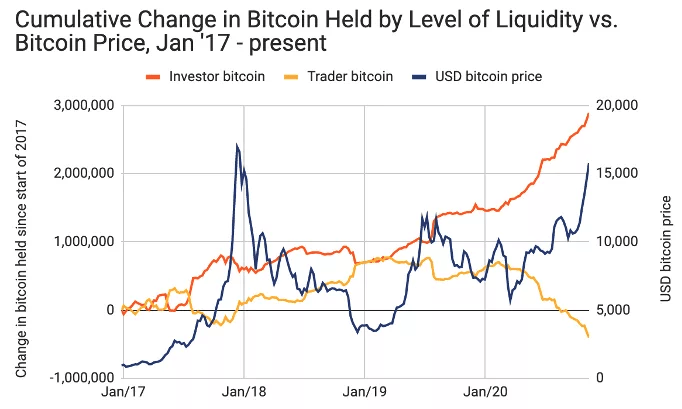 As the graph above shows, in the lead up to 2020, Bitcoin has become a far more popular asset for investors. More wallets, typically buying and holding cryptocurrencies, are turning to Bitcoin as a safe haven for cryptocurrencies, while fewer cryptocurrency wallets are involved in high levels of trade.

The graph also shows that there is a correlation between a slowdown in holder accumulation and a decline in Bitcoin value. More long-term investments should mean more stability and sustainability in growth, and as we can see, there is currently no evidence that long-term BTC investments are slowing.

The current landscape also has a significant number of high quality and trustworthy crypto exchanges that have sprung up since 2017. This has further helped build growth and confidence in newer investors so that Bitcoin’s long-term development can be secured.

Pave the way to the moon

“$ 50,000 by the end of this year is not unlikely at all,” he continued. “This will be a record not driven by frenzy, but by the large, forward-thinking, finance and technology savvy institutions that will bring crypto into the mainstream.”

Could Bitcoin Fly To The Moon? Some commentators claim that the cryptocurrency will hit highs of $ 300,000 within a year, fueling speculation that this could be a key moment for mainstream Bitcoin adoption.

According to a leaked Citibank report, a future Bitcoin rally could “potentially peak in December 2021 … suggesting a move of up to $ 318,000”.

“Even if it seems unlikely that it would only be a low to high rally of 102 times (the weakest rally in percentages so far), at a point where the case for Bitcoin could be the most compelling ever,” so the report with the title “Bitcoin: 21st Century Gold” claims.

The dangers of volatility remain

However, investors need to be aware that while the outlook for Bitcoin looks promising, the cryptocurrency world has been punctuated by spectacular rallies before devastating losses occur.

According to Fortune’s The Ledger newsletter, “The short answer is that a breakdown is all but inevitable – assets rising 400% need to be corrected.” However, the article noted that a future decline due to the volume of investments in the currency will not be nearly as strong as it was before. The article concludes that this could mean that a future correction could leave Bitcoin at around $ 8,000 – as opposed to $ 2,000 – which means a potential area that new investors will have to wait for before making a purchase.

Today, Bitcoin looks stronger than ever, so it is perfect for cryptocurrency commentators to predict moon launches above $ 300,000 and crashes toward $ 8,000 in the same calendar year.

As the world’s most famous cryptocurrency surpasses its all-time high price, it will break new ground. But with the support of large numbers of long-term investors and the support of huge international payment companies, the 2020 bull run could put an end to the nostalgia of the millionaire chaos of 2017.

This is a guest post by Peter Jobes. The opinions expressed are solely their own and do not necessarily reflect those of BTC Inc or Bitcoin Magazine.

San Jose Sharks defend the home ice in a crucial game 5 vs. the avalanche