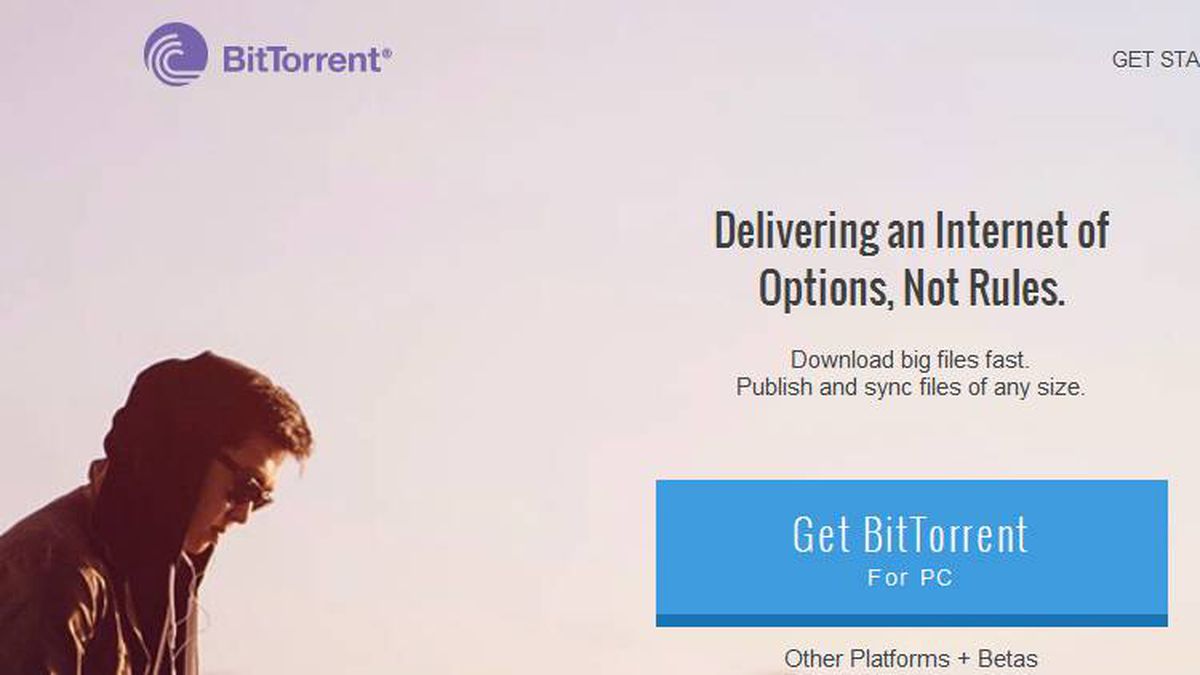 A number of mysterious billboards popped up in Los Angeles, New York and San Francisco earlier this month. The ads made proclamations like, “The Internet should be regulated” and “Your data should belong to the NSA”.

Rumors circulated for days about who was responsible. Eventually, a San Francisco tech company came forward to take responsibility – defacing its own billboards, replacing “regulated” with “human-powered” and “the NSA” with “you”.

It turned out that the company in question Bit torrent – the company behind one of the most influential and controversial software in Internet history.

Although millions of users rely on BitTorrent’s technology to download files, relatively few people know anything about the company behind the file-sharing platform. BitTorrent is on the sixth floor of a large office building near downtown San Francisco and only has about 120 employees. And yet, on any given day, the company’s software enables most of the Internet traffic – up to 40 percent of all traffic, say company executives, and dwarfs pretty much everything else.

However, the success of BitTorrent has been fraught with considerable controversy. Much of all BitTorrent traffic is illegally traded, copyrighted content – movies, music, and TV shows. Although the company doesn’t disclose any numbers, it makes money by selling ads in the free version of BitTorrent software and by selling a premium version of it that is ad-free.

Instead of downloading content from a central location, BitTorrent users upload and download small pieces of a file at the same time, creating a kind of swarm. And since the BitTorrent network is based on this type of distributed computing, rather than a central server, it is very difficult to shut down, which makes it ideal for trading in copyrighted content.

Since the company was founded nine years ago, BitTorrent has struggled to define itself as anything but the broker of digital theft.

The £ 13 million BitTorrent hit reported by Thom Yorke is…

“We like to joke around here that we’ve been legal since 2004,” says Matt Mason, BitTorrent’s director of marketing.

And because Bram Cohen, the man who developed BitTorrent technology in 2001, designed the software to be freely available and easy to modify, the network’s meteoric growth has been largely beyond BitTorrent’s control. Today, tons of non-business related websites and software tools are helping millions of users pirate all kinds of copyrighted content. With that, BitTorrent has perhaps the most widespread internet technology in the world, but few ways to make money or even prevent its technology from constantly generating bad press.

But last month, thanks to the widespread exposure of Edward Snowden’s US Internet espionage, the company found a unique marketing opportunity. The news that spy companies like the National Security Agency were working closely with technology firms to sniff out user data through programs like PRISM was embarrassing for almost every major American tech company.

But for BitTorrent, the revelations only reinforced the argument that the company’s technology should be the norm for internet traffic, rather than some outpost haunted primarily by content pirates. Since BitTorrent technology relies on large numbers of users transferring data to and from one another, there is no central server that espionage authorities can access. Suddenly, the same technology that allowed users to download Hollywood blockbusters with relative impunity caught the attention of corporate customers worried about the integrity of their data.

“We liked the idea of ​​an Internet architecture that was built without a heavy reliance on centralized servers, and it was really difficult to get across to a wider public because most people didn’t know what a server was,” said Mason. “That changed after the PRISM scandal.”

Now the company is trying to seize the opportunity. It already markets an online chat service and a data synchronization tool – both without a central server. The tools have proven popular with security-conscious users and corporate customers.

BitTorrent is also advancing a new type of file format that aims to rehabilitate the company’s reputation as an agent of piracy. The company recently introduced what is known as “gated torrent”. The file is similar to those used to download all types of digital content, but has some sort of built-in paywall. For example, an artist can make an album available entirely on BitTorrent, but the gated torrent file only lets the user listen to the first song for free – in order to access the rest of the file, the user has to perform some kind of task dictated by the gate, like For example, liking the artist on Facebook or simply paying for the content. The company says the format is generating interest, and BitTorrent has already worked with the likes of Madonna, Moby, and The Pixies on content distribution businesses.

But for the San Francisco-based company, the longer-term vision for the future of BitTorrent is a little bolder. The company’s executives see BitTorrent at the center of the next pillar of Internet communications. Just as Facebook has become the company at the heart of social networks and Google has played the same role in the world of search, BitTorrent is trying to become the standard name in distributed computing – an area that is growing rapidly.

If successful, BitTorrent could finally shake its reputation as little more than a movie downloading tool. Indeed, his human-powered network – the source of so much criticism over the years – could become his most profitable asset.

“We believe privacy, control and efficiency are better served when the end of the network is where the intelligence is,” said Mason.

Should You Buy Coinbase Stock As Bitcoin Soars To $68K?