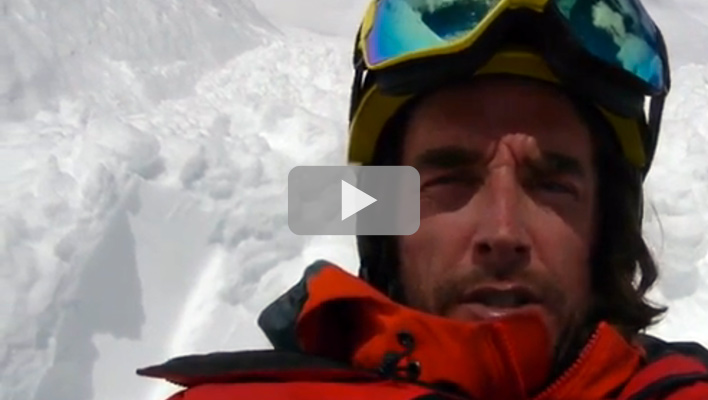 In May, Greg Hill, best known for accomplishing such as skiing 2 million meters in a year or 100,000 meters in a month, ticked one of his life goals: skiing in Pakistan’s Nanga Parbat region. Then, two weeks after his trip, he was caught in an avalanche and broke his left leg. Two months after the accident, he shares his story for the first time on his blog.

“The cascading snow came before me and there was no going over it,” he wrote while recovering in Revelstoke, BC. “As if I were diving your paddle into a very fast current, I was immediately grabbed and thrown down the river.”

In Hill’s report, he quickly recognizes his mistakes and suggests “Kodak courage,” enthusiasm, and ignorance with the snowpack as factors contributing to his involvement on the slide. “Although the mountains looked calm, this was not a snowpack that I was familiar with, not a type of snow that I have new and understood,” he wrote. “Instead of relaxing and learning about the environment, I made assumptions.”

Visit greghill.ca for Hill’s full account of the avalanche and his thoughtful reflection on his decision-making.