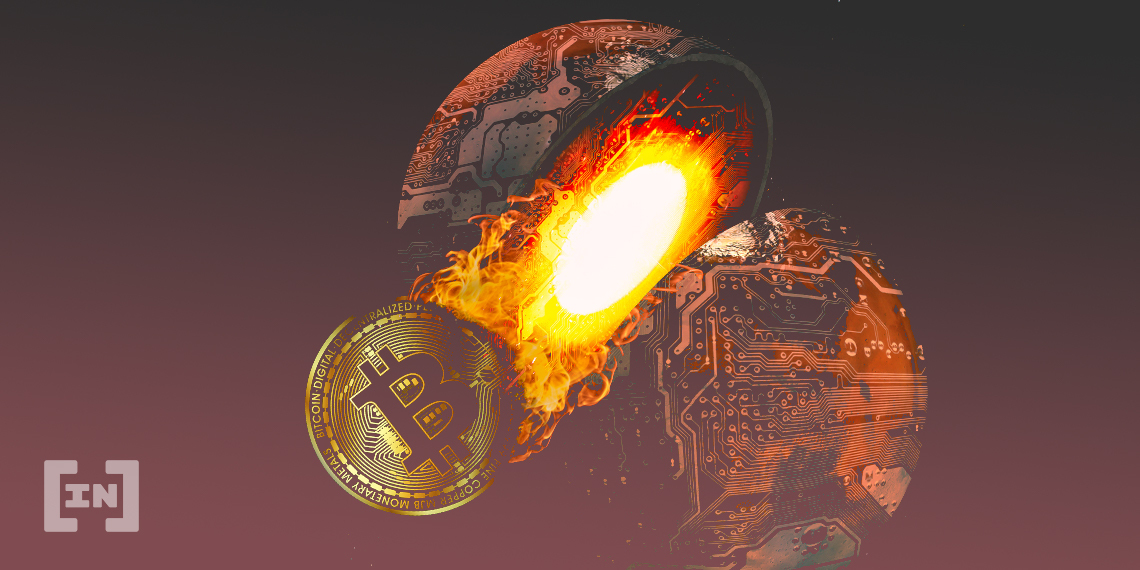 Bitcoin (BTC), Ethereum (ETH) and Waves (WAVES) have fallen significantly from their all-time highs but have found temporary support and could potentially be on the verge of bouncing.

XRP (XRP), EOS (EOS) and Tron (TRX) are in the process of recovering after confirming the previous breakout level.

Aragon (ANT) has rallied in a small area of ​​support, but technical indicators are on the decline.

Since the low, BTC has created a bullish engulfing candlestick and has rallied near the USD 45,400 support level, which is both a horizontal support area and the 0.5 fib retracement level of the recent decline.

While technical indicators haven’t yet confirmed the trend reversal, the RSI is extremely oversold, increasing the possibility of a rebound.

A break below the $ 45,400 support area could be the catalyst for a significant drop in prices as there is no support until the mid-point of $ 30,000.

Currently, ETH is in the process of retesting the USD 1,400 support area, a level that previously acted as an all-time high resistance in 2018. This is a bullish retest and the current candle is about to create a long lower wick, a sign of buying pressure.

However, the technical indicators are decidedly bearish as the MACD histogram has entered negative territory, the RSI has crossed below 50 and the Stochastic Oscillator is forming a bearish cross.

Therefore, due to conflicting signs, more information is needed to determine the future trend.

In contrast to BTC and ETH, XRP is nowhere near its all-time high. However, it has also been bearish since February 1 when it hit a high of $ 0.755.

On February 23, the decline hit a low of $ 0.365. The decline served to confirm the $ 0.36 support area and since then XRP has moved up creating a long lower wick.

Technical indicators have mixed signs. The RSI is right at 50, the MACD is falling, and the stochastic oscillator has formed a bullish cross and is moving up.

As long as XRP is trading above the USD 0.36 support area, it should gradually move towards the USD 0.64 resistance area.

WAVES has also fallen significantly since it hit an all-time high of $ 14.1 on February 18. The decline has led it into the $ 8.80 area that previously acted as an all-time high resistance.

Therefore, the price movement looks very similar to that of ETH, except that the jump at WAVES was much stronger.

Technical indicators show a loss of momentum, as shown by the decline in RSI and MACD. But they are still bullish as the RSI is above 50, the MACD is above 0 and the stochastic oscillator doesn’t need to make a bearish cross just yet.

Combined with the long bottom wick that could be significant, this offers a bullish outlook for WAVES.

EOS has been moving down since February 14 when it traded at a high of $ 5.60. The subsequent decline was rapid and accelerated further on Feb.22, bringing EOS to a low of $ 3.00.

While technical indicators have started showing bearish signs as the RSI cross shows below 50, the fact that the MACD is still positive and the Stochastic oscillator has not yet formed a bearish cross suggests that the trend is still going is still bullish.

EOS has since rebounded and is currently trading in the $ 3.70 area that previously acted as resistance for the second half of 2020. Whether EOS manages to stay above or below this level will have a decisive impact on the future direction of its trend.

TRX has fallen since it hit a high of $ 0.064 on February 19. The drop has taken it into the $ 0.039 area that had previously acted as resistance since September 2020 before TRX finally broke out. Hence, the current decline can only be a retest of this resistance level confirming it as support.

The measured values ​​of the technical indicators are almost identical to those of EOS. While the RSI is bearish and crosses below 50, both the MACD and the stochastic oscillator are bullish.

While ANT has rebounded, it is currently trading right at the 0.618 fib retracement level at $ 4.46, an area that could serve as support. If ANT manages to close above this level it will go a long way in confirming a new uptrend.

However, the technical indicators for the daily timeframe are falling, calling this possibility into question.

For the latest Bitcoin (BTC) analysis from BeInCrypto, click here.

Ethereum rises above 7%, Bitcoin and Dogecoin remain subdued as the crypto market fends off regulatory problems