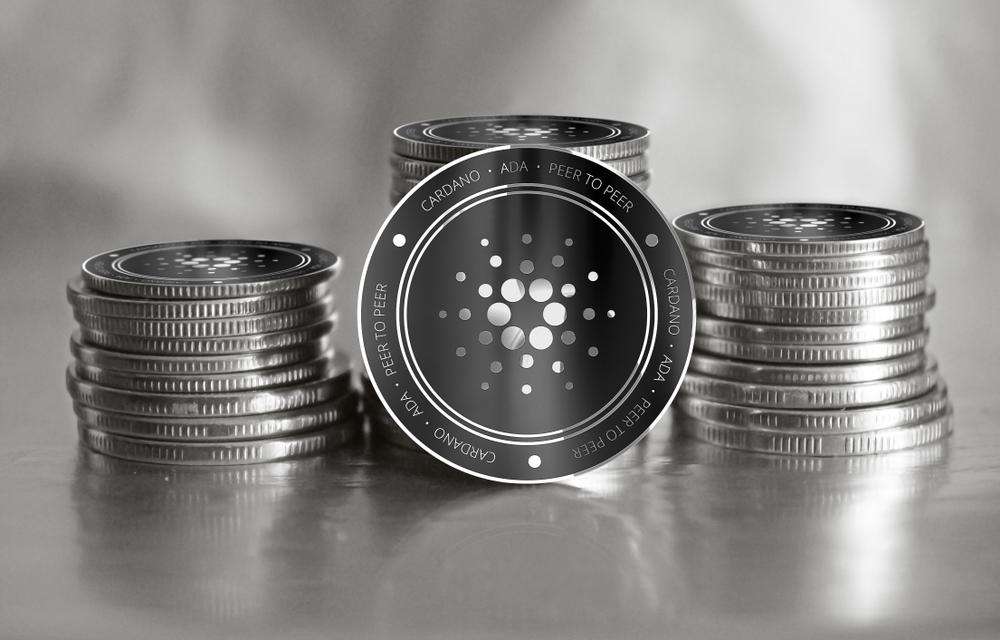 After starting the year at $ 0.18, the Cardano price rose to $ 1.49 on February 27 (at Binance), clearly breaking the previous all-time high of $ 1.21 from January 2018. Since then, ADA has been however, caught in a consolidation phase. As the analyst Michaël van de Poppe recently stated, it is “very natural to have a quiet period after a massive impulse movement”.

Still, the question arises as to why the ADA price has cooled. Certainly there was a lot of FOMO in February following the announcement of the “Mary” hard fork, the world’s largest blockchain project in Ethiopia, numerous other projects in Africa, rumors of collaborations with S&P500 companies and various other projects and news. Contrary to expectations, some projects have been postponed, so the momentum may have cooled.

However, it could pick up again soon. Next week, on February 18th and 19th, Charles Hoskinson, CEO of IOG, will give a keynote on Cardano’s projects on the African continent at the “Blockchain Africa Conference 2021”. In addition, the alleged listing on Coinbase or another major exchange, which Hoskinson said was originally supposed to happen as early as late February, is still pending.

The respected community member Pieter Nierop recently offered a different perspective on the ADA Prize. The Dutchman is known in the ADA community for analyzing on-chain data and presented an overview of “Changes in the number of wallets in size categories”. This shows that numerous “Cardano whales” liquidated or reduced their populations between February 27 and March 12.

For example, on March 12th there were only 8 whales instead of 9 holding between 100 million and 2.5 billion ADA. There was also one less whale in the range between 25 and 50 million ADA. The decline is particularly noticeable in the 1 to 5 million ADA range, where the number fell by 152 – from 2,294 to 2,259 whales.

Changes in number of wallets in size categories.#Cardano #ADA pic.twitter.com/G5qTRnTac0

However, the graph is positive in terms of the number of retail investors as the number of all wallets continues to grow. As Nierop noted in another tweet on March 12, there could be 1.5 million ADA wallets by the end of the year.

Wallet creation speed slightly higher. At this rate, we will reach over 1.5 million wallets by the end of the year.

% of delegated wallets are now at a higher level. Staked ADA went down a bit.

Just yesterday, Nierop shared the following overview of the “delegation monitor”. Accordingly, the average number of delegated ADAs has fallen further (to 69,249), which also indicates the interest of smaller investors.

In addition, the number of new wallets created per day shows a significant high in the last two weeks of February (11,529 and 10,080). Right now, that number is around half that, which shows the lower level of interest from new investors compared to February. Even so, the wallet creation speed is still four times faster than it was in January. 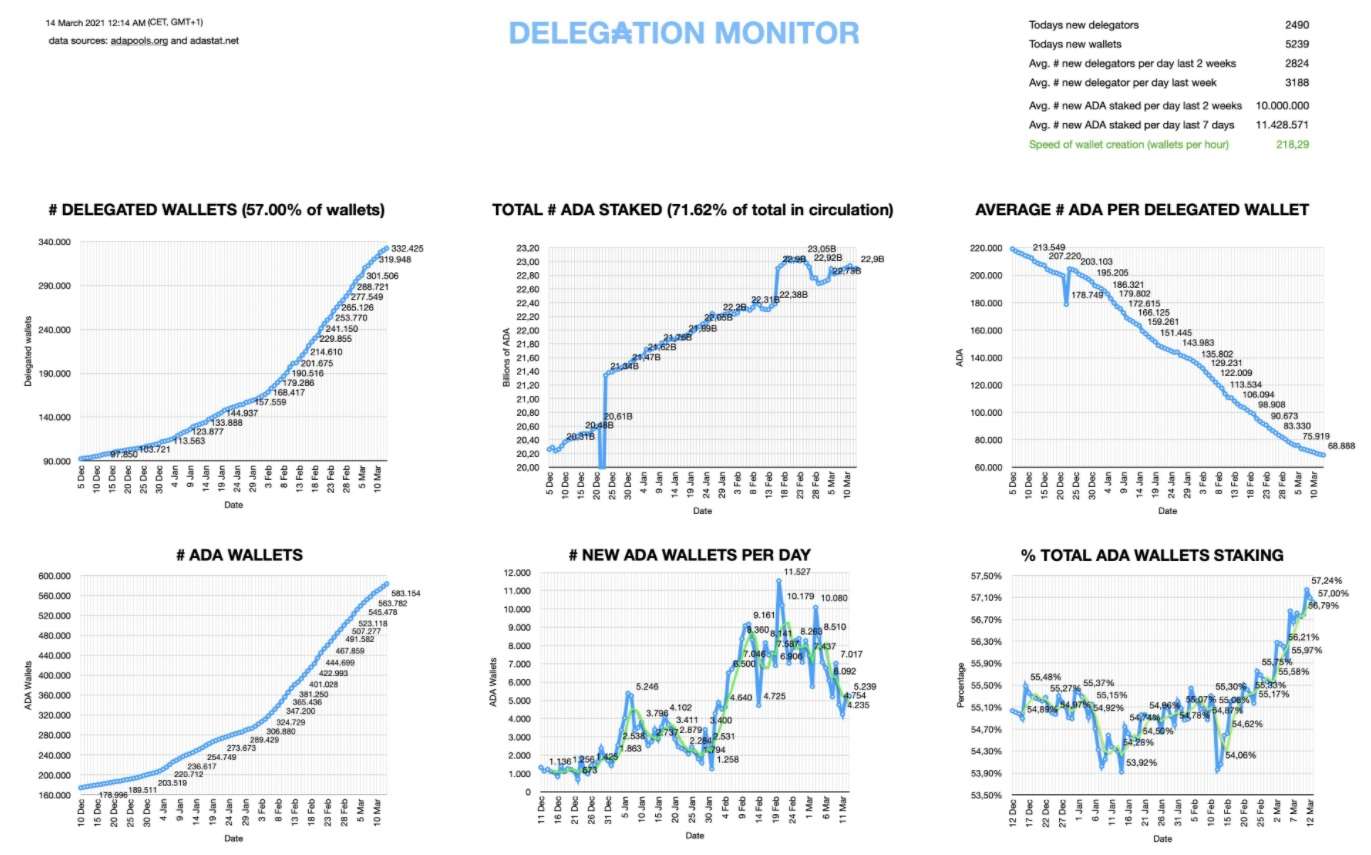