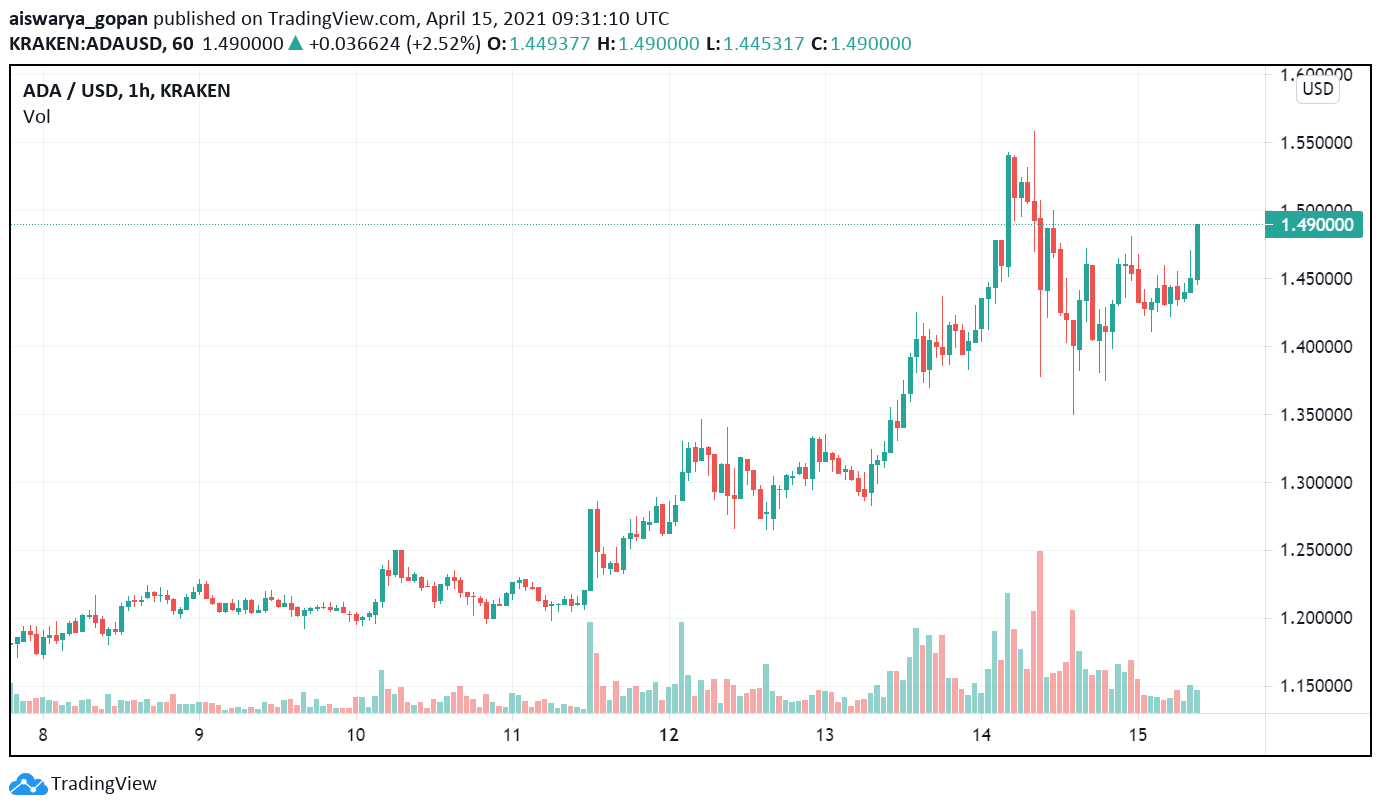 Cardano appears to have resumed its uptrend after seeing a slight correction in the previous session. Earlier this week we predicted that ADA could be heading for a new ATH, and indicators are still in line with that forecast for the time being.

At the time of writing ADA / USD trades around 1.49, breaking above the key resistance of 1.48. A break above this level will build market confidence and drive prices higher, putting Cardano on track to hit new record highs in the short term.

Basically, the markets are looking forward to the blockchain network, which will soon offer intelligent contract functions after the team behind its development confirmed that this functionality could find its way into Cardano by the summer. Earlier this week, IOHK – the company behind Cardano and ADA – announced the Plutus platform – a native programming language for smart contracts that provides the framework for activating and executing smart contracts on this blockchain network.

So far this year, ADA / USD has gained more than 840% of its value, due to the bull run across the crypto market as well as the high transaction costs and congestion of Ethereum sending users to other blockchain networks. The upcoming major upgrade of the network has made the crypto community even more enthusiastic, as Cardano can take over Ethereum in the DeFi and DApps area and gain popularity.

Technical analysis also shows a continuation of the uptrend in ADA / USD with the price well above the multi-week high. A break above 1.52 can bring Cardano (ADA) higher towards its new ATH.

However, if buyers are unable to go beyond 1.52, ADA can easily depreciate and drop to 1.45. A break below this level can reverse the trend and make the price movement for this cryptocurrency extremely bearish.