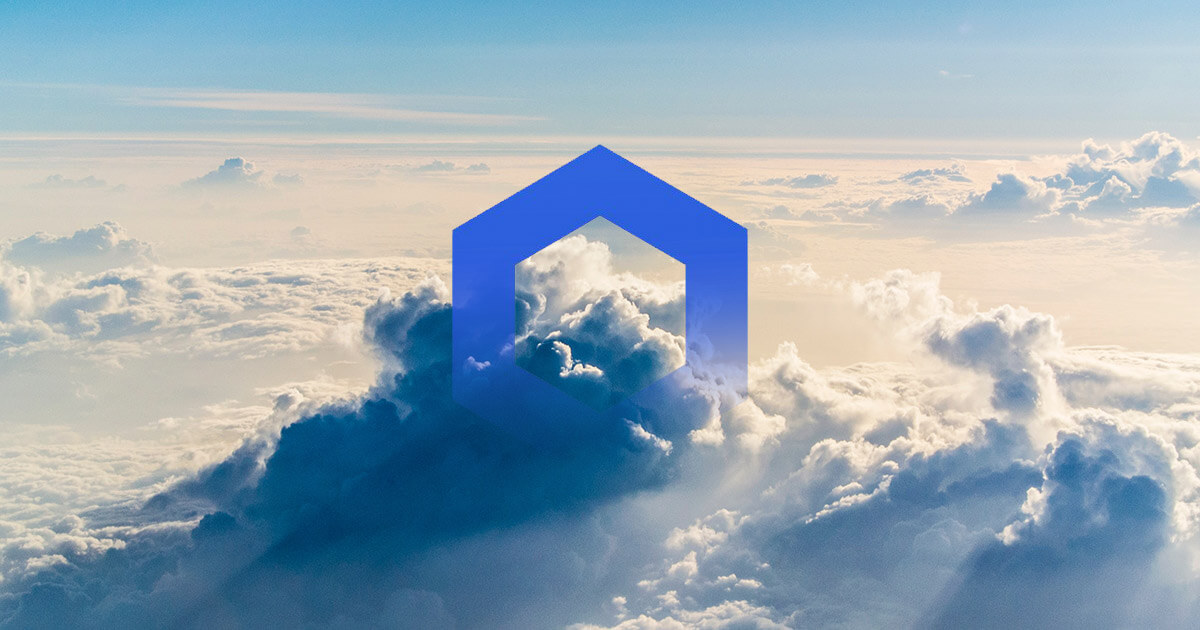 Chainlink’s price has been caught in an intense uptrend in the past few days that has allowed it to hit new highs. The recent surge marked a break over an important technical formation that could catalyze further impetus.

This recent surge appears to have occurred in parallel with news about Chainlink’s oracle functionality on the Chinese Blockchain Services Network (BSN).

While not specifically optimistic for LINK, this news seems to spark the flames that fueled the recent uptrend in cryptocurrency.

According to a press release today, China’s National Blockchain Services Network will use the Chainlink Oracle functionality to aid the operation of its network.

The BSN enables authorities and companies to validate and check real data running through the blockchain.

The expansion of Chainlink to include the network is expected to provide additional security for data transactions while increasing the reliability and efficiency of the blockchain.

“This integration of Chainlink provides BSN users with additional security, reliability and interconnectivity to drive the growth and adoption of blockchain applications in China and around the world.” 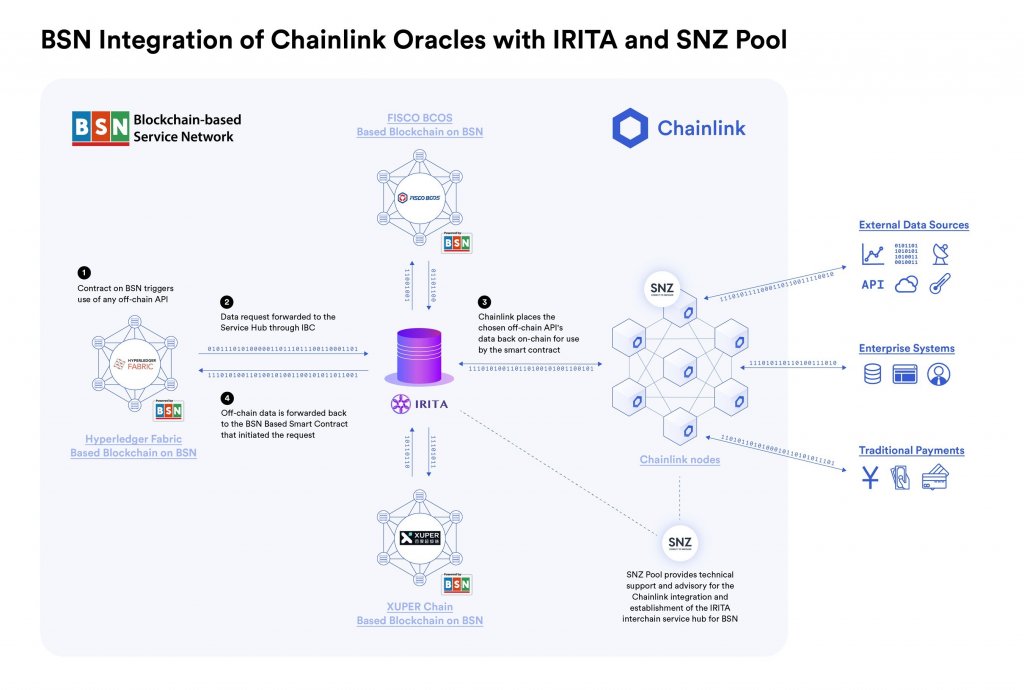 Image courtesy of the BSN

This China-based blockchain initiative is heavily supported by companies and government agencies in the country – including the Chinese State Information Center, China Mobile, China Unionpay, and others.

The impulse from LINK reaches a boiling point. Price rises to new highs

At the time of writing, Chainlink is trading over 11 percent at its current price of $ 4.92. This is a notable increase from recent lows of $ 3.70 set a few weeks ago.

Although it faces resistance at its current price level, it is possible that the cryptocurrency will soon destroy the USD 5.00 resistance and begin another parabolic climb.

A pseudonymous analyst trading under the name “Big Cheds” stated that this latest push represented a significant breakout while focusing on the cryptocurrency bitcoin trading pair.

“LINK (BTC) daily chart – break of descending resistance line. A retest would be a good R / R entry for a long time. “ 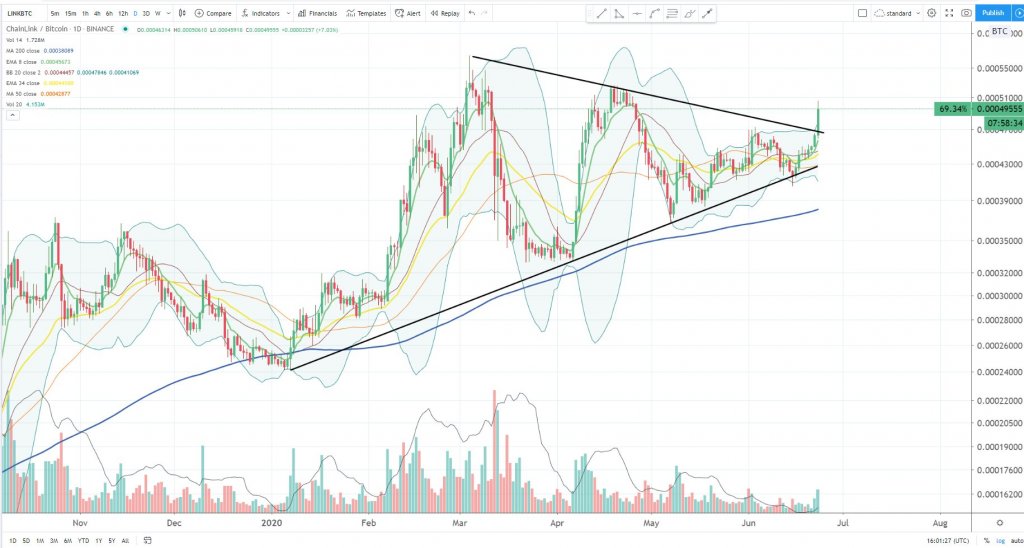 Data platform Santiment also stated that data on the number of LINK transfers to unlisted wallets shows promise, suggesting that investors are taking a long-term approach to their Chainlink investments.

“LINK created some separation space between price and BTCs on Tuesday, and our on-chain data shows that there have been a lot of transfers to non-exchangeable wallets. The top 100 wallets with no exchange rate that are tracked are growing steadily. “ 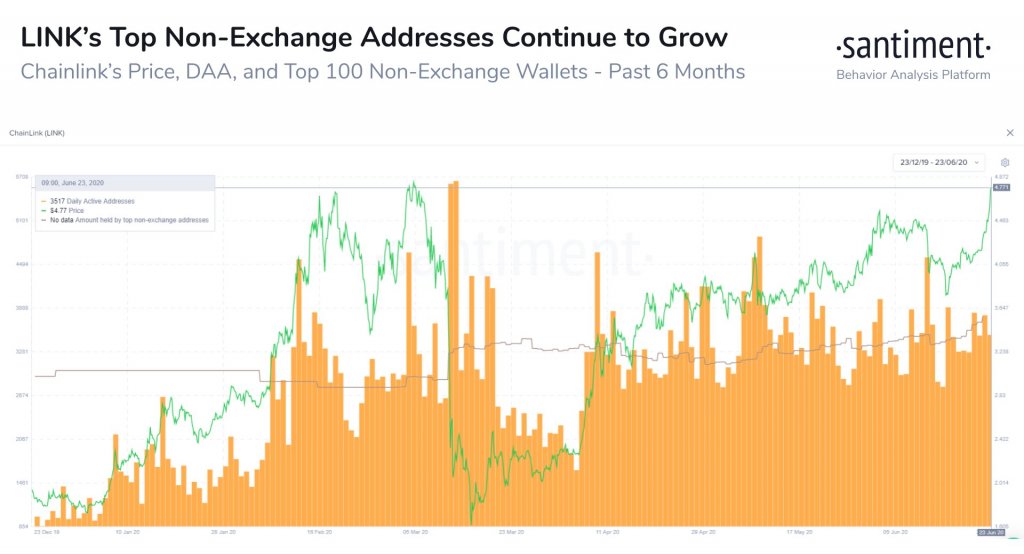 It appears that both on-chain data and increased usage are supporting this sustained upward trend, suggesting that Chainlink may have more leeway to execute.

Bitcoin to Hit $350K in This Bull Market