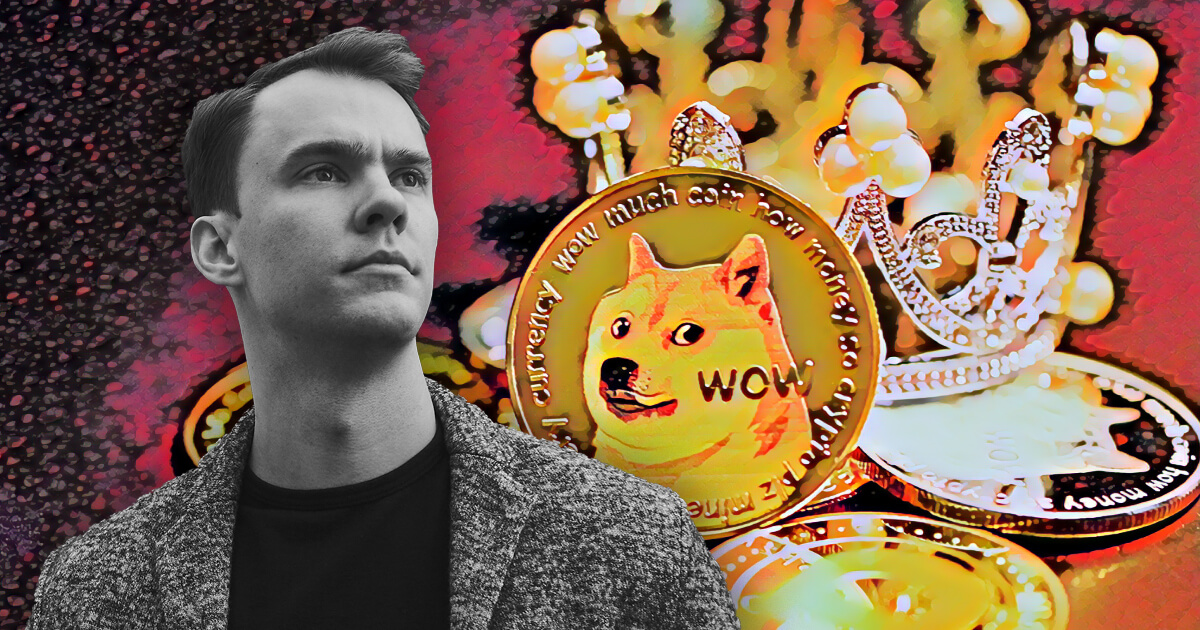 Dogecoin‘s History has shown crypto why it is in such a rush to turn down a good meme that could manifest itself in concrete progress, Coinbase co-founder Fred Ehrsam said in his interview with Emily Chang on a Bloomberg TV appearance.

The largest cryptocurrency exchange in the United States, Coinbase, was started out of a two-bedroom apartment in San Francisco after Ehrsam met Brian Armstrong through the Bitcoin (BTC) subreddit.

“It seemed like a crazy idea at the time,” says Ehrsam, a trained computer scientist and engineer and passionate “hardcore” gamer, who left his position in forex trading at Goldman Sachs in 2012 to focus on crypto and build the company.

“History has yet to be written,” Ehrsam told Chang, adding that “crypto is a nuanced problem and it is possible that the US may misunderstand crypto.”

He says crypto is the US’s next online opportunity, and although he doesn’t disapprove of regulators’ control and risk reduction. However, Ersham fears that China could beat the US on the crypto front and sees the final crackdown on mining in the country as an opportunity for others to step up their game and make it more decentralized.

In addition to addressing the economic potential of crypto, he said it could help the US “square the circle on privacy issues on the Internet.”

When the doors “opened” in 2017 and Ethereum (ETH) took the stage and showed that blockchain-based applications were possible, he discovered a “whole new frontier” and left Coinbase to work with Matt. Huang founded his own blockchain investment firm Paradigm.

“Crypto is its own rabbit hole,” Ehrsam said, adding that Paradigm approaches it from three main aspects of crypto: new digital money, new financial system and a broad Internet application platform could reveal itself to be “the bleeding edge of DeFi”.

He sees the NFT market size down and eventually, “90% will have little to no value,” but says the technology itself is extremely valuable and these few survivors will remain as fundamental building blocks for further development.

“In fact, I’ll go so far as to say that 90% of the NFTs produced will likely have little or no value in three to five years. However, the same could be said of the early internet companies in the late 90s, ”he said.

Ehrsam joked that NFTs really made it clear to crypto insiders and nerds that the rest of the world was more interested in culture, music and the arts, explained how they boosted mainstream crypto awareness and expanded their audience.

The Bitcoin Summer Camp teaches the intricacies of alternative finance