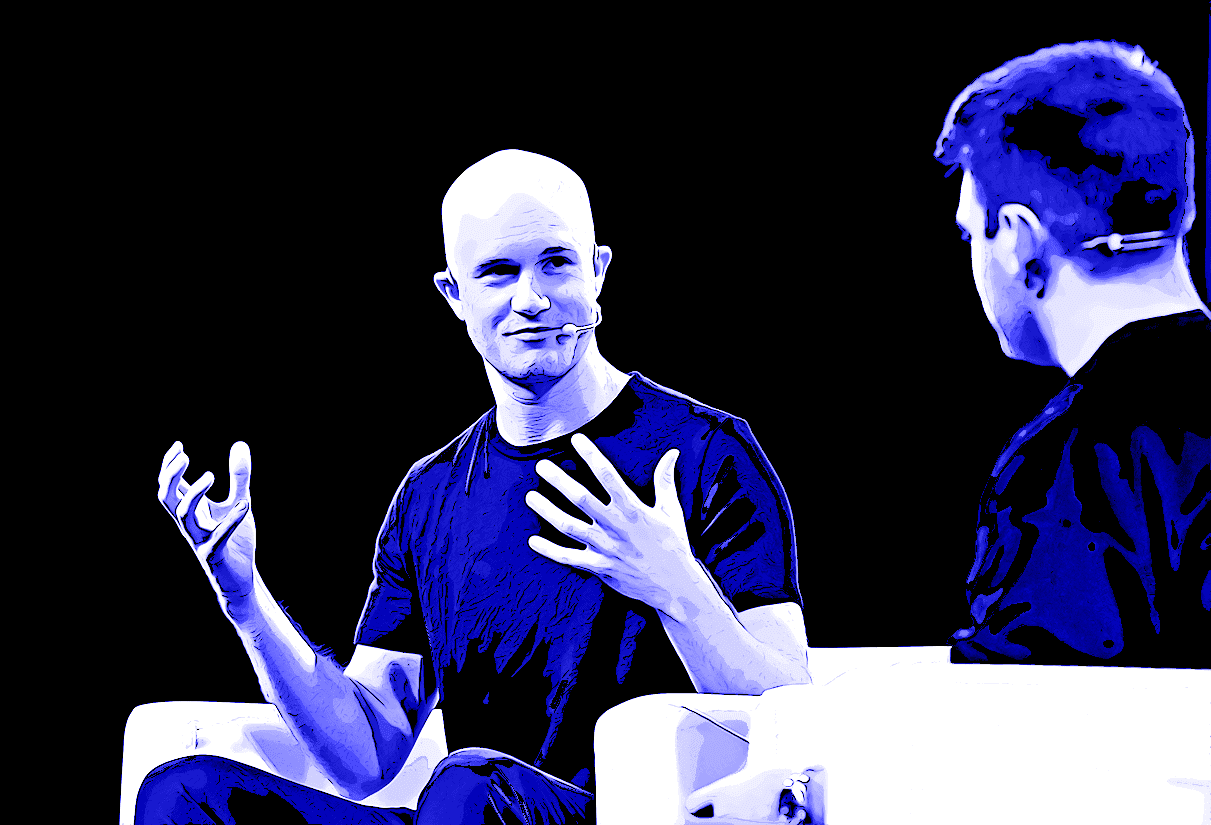 From the Editor’s Desk

A rising tide lifts all boats. In the world of cryptocurrency, we are seeing the bitcoin price surges do exactly that.

From Coinbase’s eye-watering pre-public valuation to musicians and artists dropping their works in the digital sphere for millions of dollars, it is the unstoppable advance of the digital asset age. And as more investors look for opportunities for exposure to this new alternative asset class, there are countless options beyond bitcoin. Demand is frothing over to blockchain-focused goods and services that sit adjacent. That also explains the latest drama in the China cryptocurrency mining industry as one company, which shed its P2P lending business for a more profitable one in cryptocurrency mining, appears to maintain demand despite getting called out by short sellers.

Still, there’s deeper value here than meets the investor’s eye at the moment. The intrinsic, fundamental value remains in the technology and how it can shift legacy systems. Speculative interest will come and go. But the rise of the cryptocurrency economy will benefit all who participate in it.

Until the next time,

CEO Brian Armstrong is ready to take Coinbase public through a direct public offering. Image: TechCrunch, CC BY 2.0, via Flickr

By the numbers: Coinbase — over 5,000% increase in Google search volume.

Coinbase, the largest cryptocurrency exchange in the United States, has filed its S-1 registration with the U.S. Securities and Exchange Commission for the direct listing of its Class A common stock on the Nasdaq under the ticker symbol COIN. Prior to its disclosure, it was widely believed that Coinbase would go public through an initial public offering. Instead, its registration confirms that the company will not be creating new shares and will not go through an underwriter, but registered stockholders may elect to participate in resales of their Class A stock.

An IPO is a rite of passage. A moment when a company’s vision, hard work, and millions of investors’ dollars in those funding rounds all pay off.

In 2020, companies skipped the IPO rite of passage and chose to go public via special-purpose acquisition companies (SPACs) instead. In 2021, filing a direct listing (which is what Coinbase did) is the new path to going public. You could say, direct listing is the new SPAC.

As Coinbase goes public on Nasdaq via a direct listing, it’s also skipping the part of subjecting itself to an IPO discount that usually ranges up to 20% from its median peer. The discount is usually applied to stoke public interest and hopefully the share price on the first day. But Coinbase is likely riding on different factors in the market, namely bitcoin and FOMO.

Coinbase’s latest valuation per FTX in a pre-IPO contract is estimated to be US$100 billion on US$3.4 billion in revenue. It’s a heady figure, considering Coinbase was valued at US$8 billion at its 2018 funding round. Compare that, too, to Nasdaq, Inc. — owner of Nasdaq and the Philadelphia and Boston stock exchanges — which has a market cap of US$23 billion on a reported US$2.9 billion in 2020 revenue.

A direct listing has risks for the company and its investors alike. No long-term or large cornerstone shareholders ahead of an IPO means fewer defenses against price volatility. But is that different in the world of crypto? It is not. The risk appetite is great amid a perceived upside. 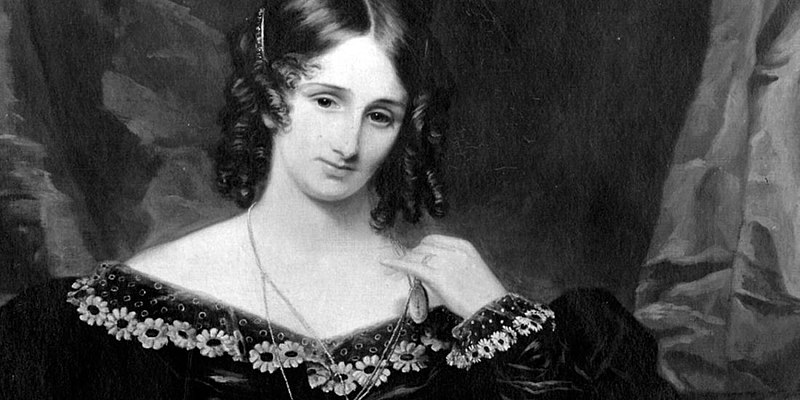 By the numbers: Cardano — over 5,000%  increase in Google search volume.

“Forget bitcoin, what about all those other coins?” (said every institutional investor in the market right now).

Cardano’s ADA is one of those coins grabbing the alt-attention in the cryptocurrency investment space. Since the start of 2021, Cardano’s token ADA has jumped more than 570% and is now one of the top three cryptocurrencies by market capitalization.

The Mary hard fork means that ADA can support DeFi, smart contracts and NFTs. That’s exciting because now users can create their own tokens that interact on Cardano — which means anyone can send coins to another without the need to register users, the first step to full, smart contract functionality.

It also means that the Cardano blockchain is now well on its way to realizing its vision for enterprise usage, especially in Africa. As we reported in Forkast.News, developing economies such as Africa’s have been part of Cardano’s strategy since its launch. Prior to the Covid-19 pandemic, the International Monetary Fund (IMF) estimated that the top five of the world’s fastest growing economies would be in Africa. Ethiopia, one of the countries with the highest potential for economic growth as well as crypto adoption, has a population that is more than 70% under the age of 30. The underlying blockchain of ADA has African use cases in mind.

FD7, the Dubai investment firm that is shifting US$750 million of its bitcoin allocation to Cardano and Polkadot, sees beyond the notion that cryptocurrency’s only use case is a store of value. The new value lies with those tokens that fuel the transactions of the present and future Web 3.0.

3. Wall Street lines up behind bitcoin By the numbers: Bitcoin — over 5,000% increase in Google search volume.

Although bitcoin’s recent prices suggest that demand may be hitting a plateau, cryptocurrency has never been more popular on Wall Street.

Talking your book. It’s something one always has to keep in mind when monitoring the headlines of opinions in cryptocurrency. But when you’re trying to gain a position, a foothold in cryptocurrency where once you didn’t have it, it might be convenient to express doubt and suspicion as one tries to cement holdings.

There has certainly been a lot of cold water poured onto the notion that bitcoin or other cryptocurrencies should store anything let alone value. Questions about whether it would be anything more than a digital haven for speculators, or if holding cryptocurrency would simply encourage your neighborhood criminal to go on a spree. These comments come from some of the biggest names in the land. All this amid concerns that bitcoin rose too far, too fast and is now tumbling back down to more modest levels.

So as bitcoin prices fell from its high of US$58,640 on Feb. 21, MicroStrategy (and likely others) swept up more bitcoin for its institutional client base. According to its latest 8-K filing with the SEC, MicroStrategy said it acquired an additional US$15 million in bitcoin at an average price of $45,710. That’s a nice 22% discount from bitcoin’s all-time high last month. 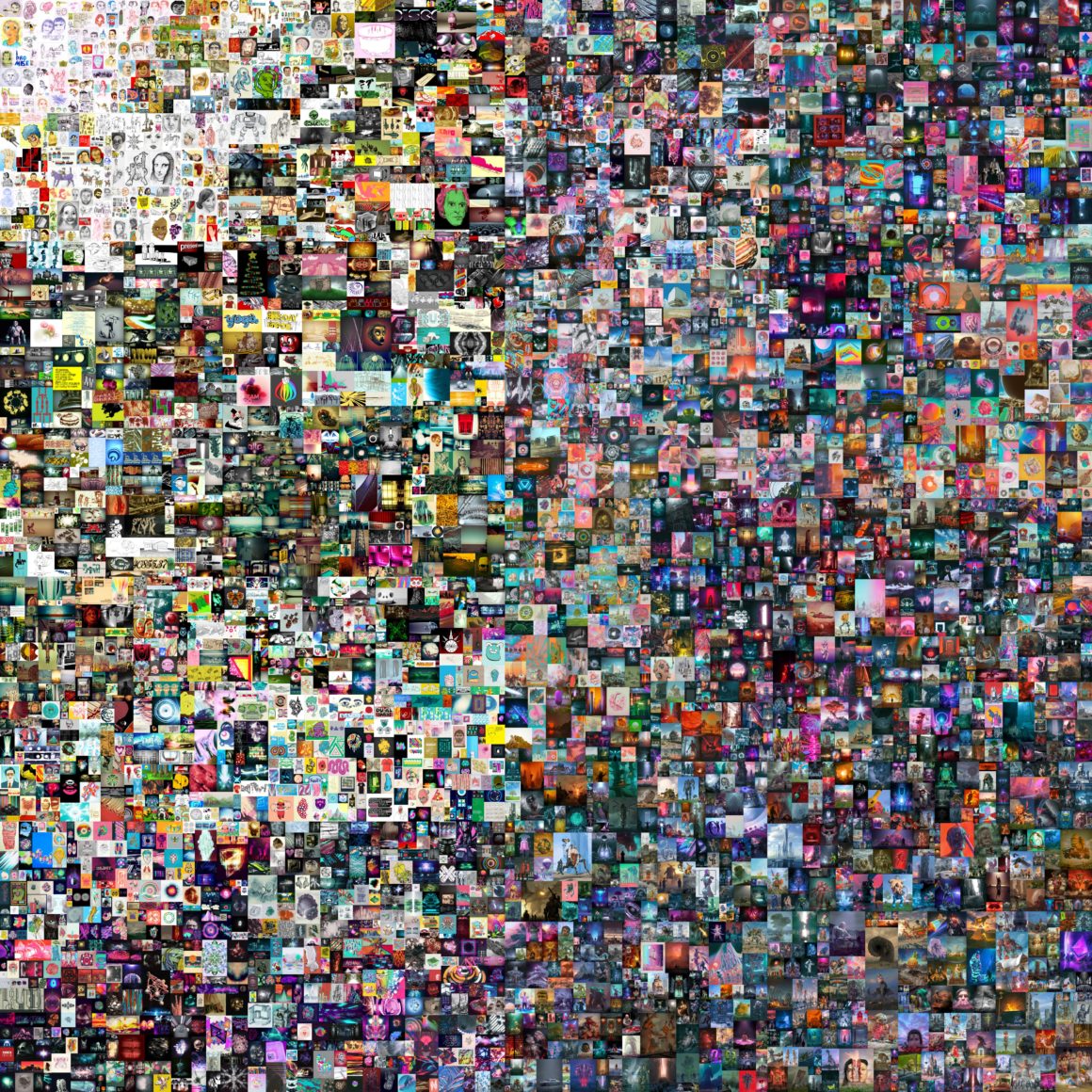 By the numbers: Beeple — over 5,000% increase in Google search volume.

Speaking of the Winklevoss twins, an artwork by non-fungible token (NFT) pioneer and digital visual artist Beeple, “Crossroads,” was sold for a record-breaking US$6.6 million of ether in Nifty Gateway, an NFT marketplace owned by the Winklevosses. “Crossroads” — which depicts former president Donald Trump lying tummy-down on grass — is Beeple’s first 1/1, meaning it’s his first unique piece.

The starving artist is no more.

Beeple — aka graphic designer Mike Winkelmann of Neenah, Wisconsin — is not only making a name in New York’s fine art world. He is transforming it globally via NFTs — a blockchain-powered technology that marries the scarcity value of art with the dynamism of tokenomics. Digital content producers couldn’t be happier. But it also means that fans of artists, athletes, celebrities and musicians can support the very works they admire — in the lifestyle that they have grown accustomed to.

It’s a new marketplace. And in a world steeped in assets, NFTs are yet another digital form of it, an alternative asset subclass of tokens and cryptocurrencies that is finding a digital home.

According to the NFT Report 2020 published by L’Atelier, BNP Paribas, and Nonfungible.com, the value of the NFT market has more than tripled in 2020 and is on track to reach a US$1 billion market valuation this year, according to one estimate.

A recent collector paid 800 ETH for Punk 6965 that’s US$1.5 million at the time of purchase. The current asking price is now US$2 million, or 1,500 ETH. So the next time someone asks whether cryptocurrency will ever become the currency of choice, the answer might already be answered in the art world. Cryptocurrency is paying for other digital assets, and the demand appears to be growing.

5. Are ‘crypto miners’ in China taking investors for a ride? 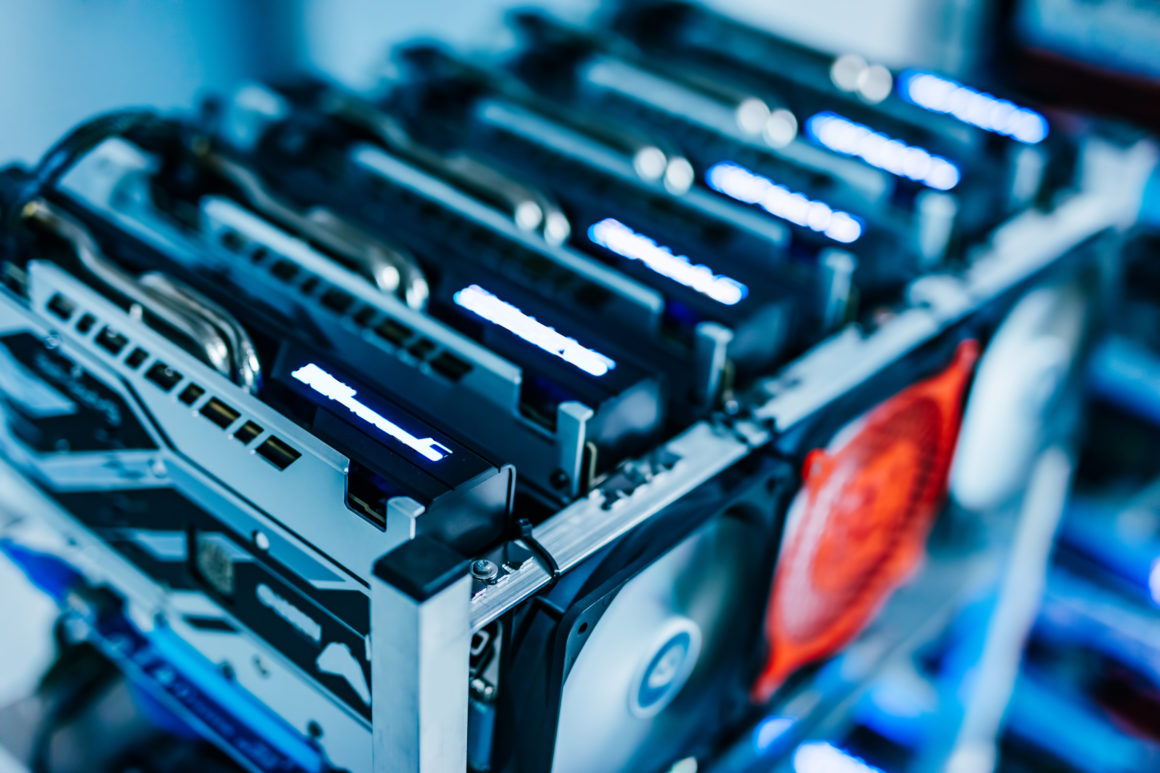 Short sellers took aim at a couple Chinese companies, questioning the authenticity of the non-crypto companies suddenly jumping into the crypto mining business — allegations that one of those firms has vigorously denied.

Short sellers do the necessary business of vetting companies. One can’t depend on China’s media as a way of evaluating companies, or holding the powerful to account. So two separate short sellers, Culper Research and Hindenburg Research, did the due diligence and found SOS needing some help of its own.

From listing a hotel room as headquarters; to debunking photos of mining rigs that were not the A10 Pros SOS claimed they were, but instead Avalon’s A1066 miners; to the droll observation about the company’s listed gmail account that “presumably, a mining supplier with the capability to fill a $20 million order at a far faster rate than its peers would have its own company email address,” Culper listed all of its findings that supported its call to short sell SOS.

SOS replied with a statement, saying simply that the short seller’s allegations were “distorted, misleading and unsubstantiated.”

Bitcoin’s bull run has been a boon for cryptocurrency miners, who have a high operating leverage (buy equipment in bulk, operate at scale to save on electricity costs). Any increase in bitcoin prices have sparked an increase in crypto mining company share prices. Case in point: Riot Blockchain and Marathon Digital Holdings — two Nasdaq-listed bitcoin mining companies in the U.S. — are up more than 200% since the beginning of this year. Simply put, higher bitcoin prices mean higher mining profit margins. If you’re going to switch businesses, as China Rapid Finance did when it became SOS, cryptocurrency mining would be a lucrative one.

The business case is robust, but whether SOS has the equipment or capability to ride the bitcoin price climb may be another matter. For investors who want indirect exposure there are many more better-known firms, such as PayPal and Square, raising their hand looking to profit off of bitcoin adoption.