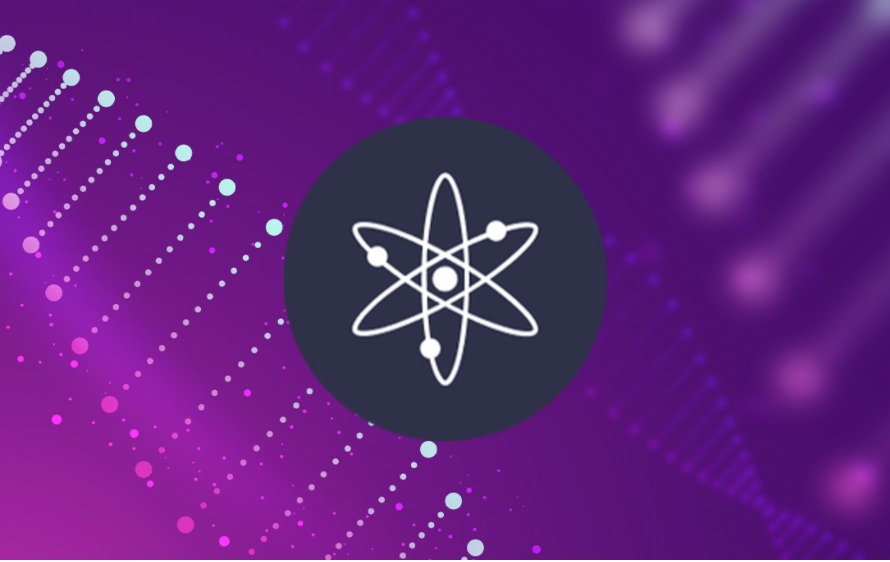 On the monthly chart, Cosmos price saw significant bearish momentum after testing the critical resistance level of $ 25.00. The negative trend continued until the large USD 17.00 support level came into play. The support level resulted in a positive bounceback, and the crypto asset was able to develop positively during the current market session. The CMP is at $ 19.77, with an overall gain of 7.01% over the course of the day. The market capitalization has reached $ 4,190,621,329 with a 24-hour trading volume of $ 519,410,102. The ATOM / BTC pair is also doing well with a total gain of 3.67%, bringing the current level to 0.0003498 BTC. On the charts, the price level could have made a positive transition, indicating a strong uptrend in the upcoming trading sessions with a support level of $ 17.00 for any type of trend reversal. 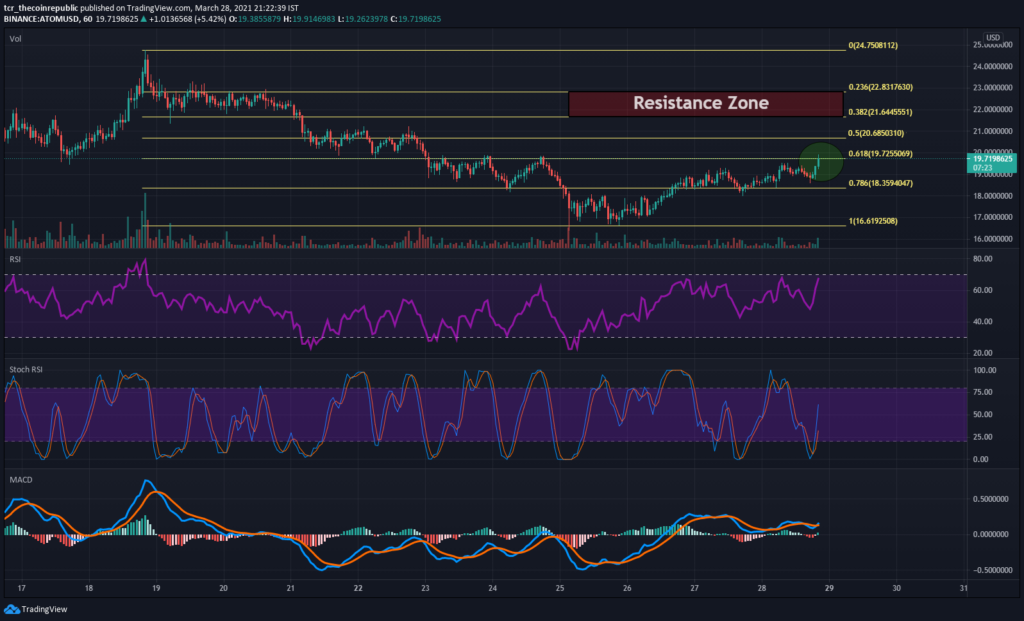 The technical chart shows the extent of the decline in Cosmos price after testing the critical resistance zone between $ 24.00 and $ 25.00. The price level at this point showed some stability above the 0.236 fib level, but the bears were forced to take a negative breakout after which the crypto asset was exposed to a negative retracement of nearly 70.00%. Cosmos price rebounded positively using a support line at the 1.00 fib level and is currently looking for a robust bullish confirmation above 0.618 fib. A positive break above 0.618 fib could put the bulls in the front seat.

RSI (bullish): The levels show a clearly positive character on the chart at 61.80, while looking for a positive breakout into the overbought region.

Stoch RSI (bullish): The levels indicate strong positive momentum for the coin and currently see no fears of a trend reversal.

MACD (bullish): The levels have provided a bullish crossover indicating more positive momentum for the digital asset in the upcoming trading sessions.

Receive these messages by hand via telegram. Join our Telegram for similar news and information on CRYPTOCURRENCY, BITCOIN, BLOCKCHAIN ​​NEWS and price predictions.