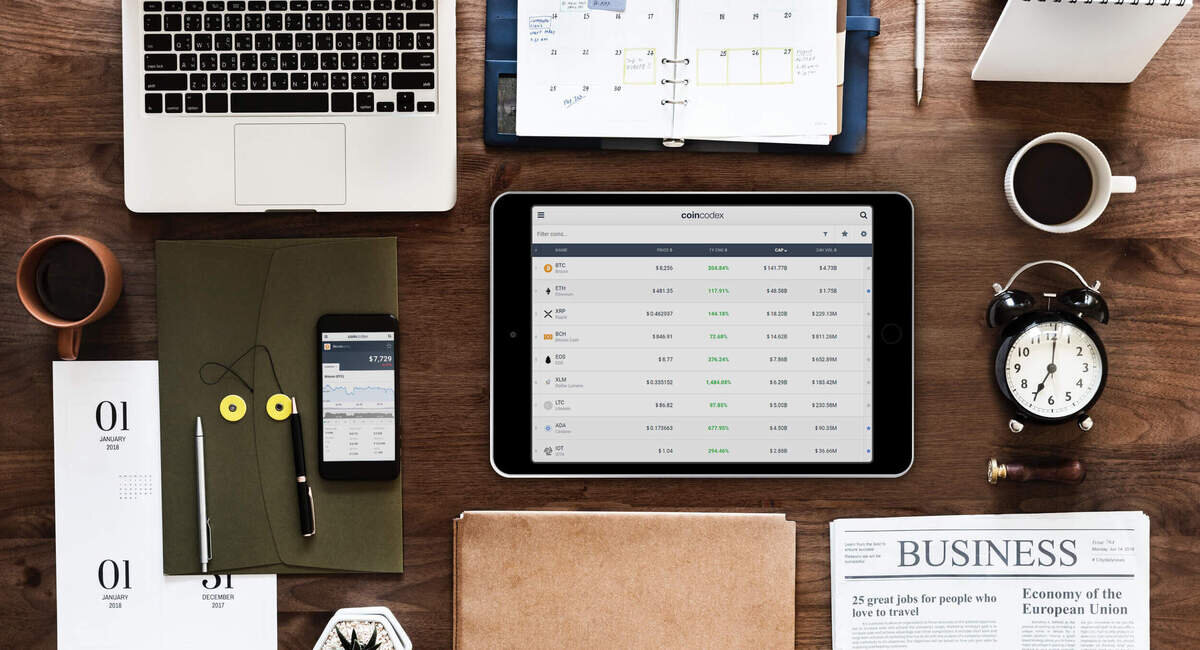 Summary of the crypto market for the first quarter of 2020

A quick look at the top 10 cryptocurrency shows that every single coin performed well. If we count USDT (a stable coin), Litecoin was the “weakest” performer, still up 54% for the quarter.

If we compare the current status of the top 10 crypto with the situation at the end of the fourth quarter of 2020, perhaps the most notable difference is that XRP has lost its position as the third largest (unstable) crypto asset. XRP slipped to 7th place and third place was taken over by Binance Coin. That doesn’t mean it was a bad quarter for XRP holders, however, as the coin was still seeing 140% gains.

The top 10 also have a new addition – compared to the end of last quarter, Filecoin is there, while Bitcoin Cash is down. BCH, which was launched via a Bitcoin fork in 2017, has been steadily declining against BTC since the second half of February, and the BCH / BTC pair is currently trading at its all-time lows.

Filecoin was also the top performer in the top 10, posting gains of nearly 900% for the quarter.

Now that we’ve briefly looked at how the biggest cryptocurrencies performed in the first quarter of 2021, let’s take a look at some of the most important cryptocurrencies and blockchain areas that were played throughout the quarter.

Corporate and institutional investments in cryptocurrency continued to grow

Bitcoin had its fifth positive quarter in a row and its strong performance had a massive impact on altcoin markets as well. For Bitcoin, the continued presence of corporate and institutional investors played a huge role in sustaining the rally and pushing BTC to a new all-time high.

Perhaps the biggest news on this front was that Tesla invested a whopping $ 1.5 billion in Bitcoin. Combined with Elon Musk’s viral reach and the company’s popularity with investors, the news created a massive boost in sentiment for Bitcoin and the cryptocurrency market as a whole.

MicroStrategy continued to buy BTC and even raised capital through convertible senior notes to fund a $ 1.026 billion purchase. Square, Seetee (a company founded by Norwegian conglomerate Aker ASA), Meitu, and others also announced Bitcoin investments during the quarter.

Many investors agreed with the overarching narrative that Bitcoin can be useful as a hedge against currency depreciation, especially given aggressive economic policies aimed at keeping economies alive amid the COVID-19 pandemic. For example, in the United States, President Joe Biden approved a $ 1.9 trillion stimulus plan.

Even some of the world’s largest banks have taken steps to offer cryptocurrency investments to their customers. Morgan Stanley plans to give clients access to 3 bitcoin funds, while Goldman Sachs reportedly plans to start offering crypto investments to its private wealth management clients from the second quarter.

NFTs are reaching the mainstream

NFTs went beyond the crypto and blockchain community and caught the attention of mainstream circles in the first three months of 2021.

NFT stands for “non-fungible token” and the term is used to describe a blockchain-based token that can be easily identified as unique. Most other blockchain-based assets are interchangeable or fungible. If Alice sends 1 BTC to Bob and then receives 1 BTC from Charlie, she is essentially in the same position as before (for the purposes of this example).

Just like BTC or ETH, NFTs can also be transferred to a blockchain without any problems, but they are not interchangeable with one another, as each NFT contains data that make them unique.

NFTs make it very easy to prove possession and verify the authenticity of the thing they represent. They have myriad potential uses – for example, NFTs can be used to represent digital art, collectibles, digital items, and even real assets such as real estate and physical works of art.

The cryptocurrency community started getting familiar with NFTs back in 2017 when CryptoKitties went viral. However, it wasn’t until 2021 that the technology really broke out.

NFTs received a big boost in mainstream coverage when digital artist Beeple sold his artwork “The First 5000 Days” as an NFT via auction at Christie’s. The winner spent $ 69.3 million on the piece, making it the third most expensive work of art by a living artist and the most expensive digital work of art in history.

The NFT phenomenon has caught on in the visual art world, but other types of artists such as musicians are also getting involved – The Weeknd, Grimes, Aphex Twin, and Kings of Leon have either issued NFTs or announced plans to do so.

Other celebrities like Twitter CEO Jack Dorsey and billionaire Mark Cuban have also published NFTs. And when it comes to crypto collectibles, we see platforms like NBA Top Shot and Cryptopunks having a daily sales volume of over $ 1 million.

Dapper Labs, the company behind NBA Top Shot, Crypto Kitties and the Flow blockchain platform, is the biggest winner to date after raising a whopping $ 305 million in a funding round with venture capital firms, professional athletes and celebrities.

Ethereum challengers are gaining ground due to high transaction fees

Since Ethereum launched in 2015, countless teams have tried to dethrone it as the leading blockchain platform for smart contracts and DApps. Despite the ambitious promises made by various “Ethereum Killer” projects, Ethereum is still at the forefront of the smart contract game. However, Ethereum’s success has also exposed its greatest weakness, as its current design simply cannot handle demand without causing transaction fees to skyrocket. According to BitInfoCharts, Ethereum users pay an average of $ 22.9 per transaction.

The high fees make Ethereum difficult to use for those who don’t move large amounts of money. It’s difficult to justify a small trade with Uniswap selling a low-value NFT when half the transaction value is devoured by fees.

The situation has made Ethereum alternatives increasingly attractive – although it is difficult to argue that any of them are as decentralized as Ethereum, the prospect of cheap and fast transactions is more than enough to attract a significant portion of the users to convince. Binance Smart Chain, Polkadot, Solana, Avalanche and other blockchains that support smart contracts benefit from the current status of the Ethereum network and position themselves in the DeFi arena.

Of course, Ethereum has a few aces up its sleeve. Layer 2 scalability solutions like Loopring, Starkware, Optimism and OMG Network can deliver much cheaper and faster transactions while still relying on Ethereum’s main blockchain for security reasons. There’s also the ongoing transition to Ethereum 2.0, which will bring massive improvements in scalability thanks to the proof-of-stake consensus and sharding.

CAKE was the best performer in the top 50 cryptocurrency

Q1’s best performer in the top 50 cryptocurrency was CAKE, the token of the automated market maker PancakeSwap. PancakeSwap is a branch of Uniswap that works on the Binance Smart Chain (BSC) blockchain platform and has established itself as the go-to protocol for exchanging tokens on BSC. The growing popularity of Binance Smart Chain (compared to what we covered in the previous section) has resulted in rapid growth in PancakeSwap’s user base and significant profits for CAKE holders.

The CAKE token is used to make it easier to manage the PancakeSwap protocol. It can also be used in special staking pools to obtain different types of tokens.

After starting the year well below $ 1, CAKE rallied massively and ended the quarter up 3,234%.

The past three months have been really remarkable for cryptocurrency and blockchain, and this area is arguably more interesting than ever. With Bitcoin becoming an asset class seriously considered by institutional investors, Ethereum steadily moving towards 2.0, and exciting developments at NFTs and DeFi seemingly being introduced daily, there is much to look forward to. Will the bull market for cryptocurrencies run out of steam or will the second quarter be an equally exciting performance?

Why Stellar, Dogecoin, and Elrond suddenly rebounded above $ 60,000 amid Bitcoin’s surge