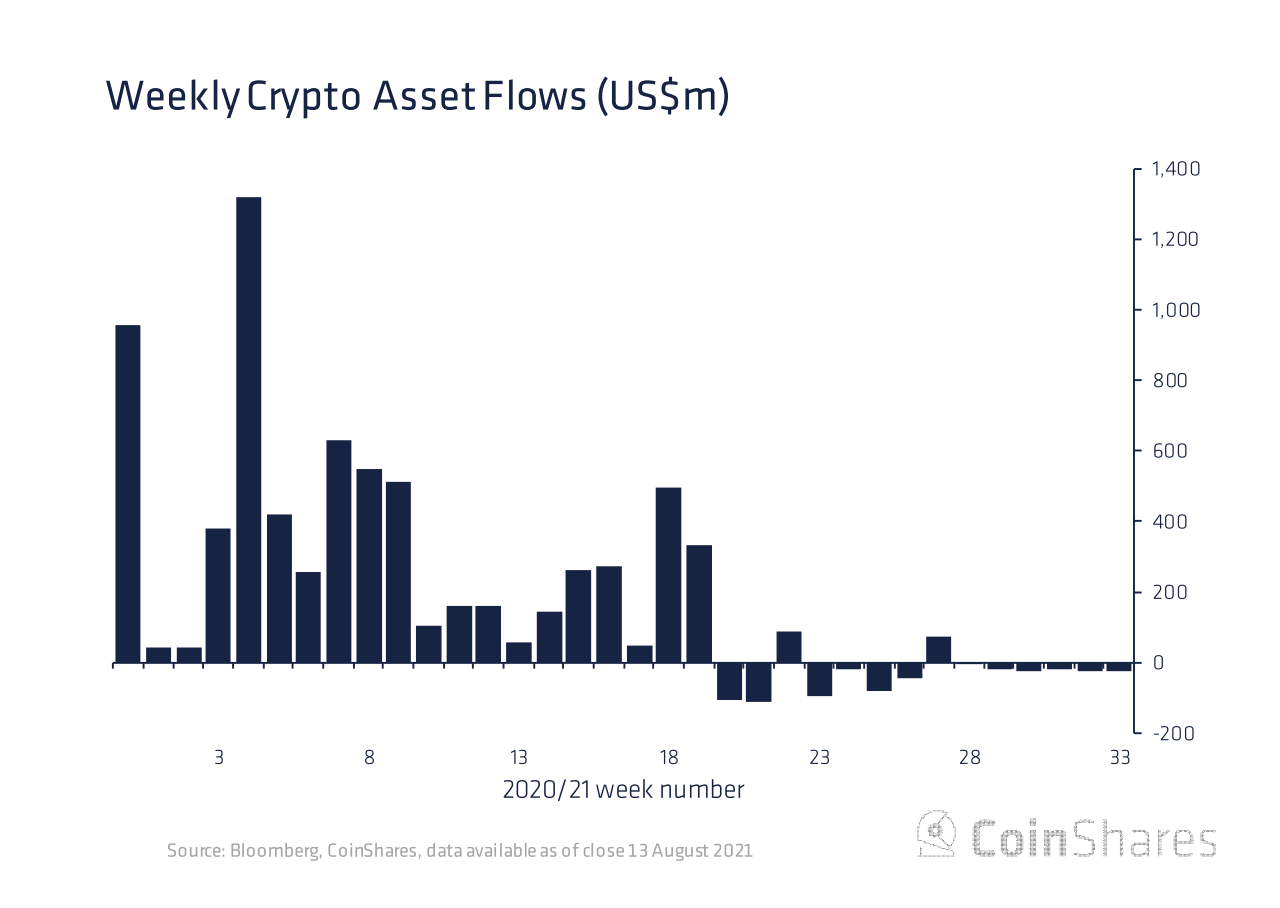 Investors paid back a net $ 22.1 million from cryptocurrency funds last week, the sixth straight week of outflows, despite a surge in Bitcoin and many other digital assets, a new report shows.

According to the report by digital asset manager CoinShares on Monday, this is the longest runoff since January 2018.

Investors have seen an outflow of $ 22 million from Bitcoin, despite the fact that the largest cryptocurrency recently traded from a low of $ 29,608 last month to $ 48,200. Bitcoin changed hands at $ 46,074 at press time, which has changed little in the past 24 hours.

CoinShares found that the outflows “come at a time of low investor participation, likely due to seasonal effects such as those seen in other asset classes.” The trading volume of investment products is $ 3.1 billion per week, up from $ 7 billion in May.

Total assets under management in digital asset investment products increased 10% week to week to $ 55 billion, largely due to price increases.