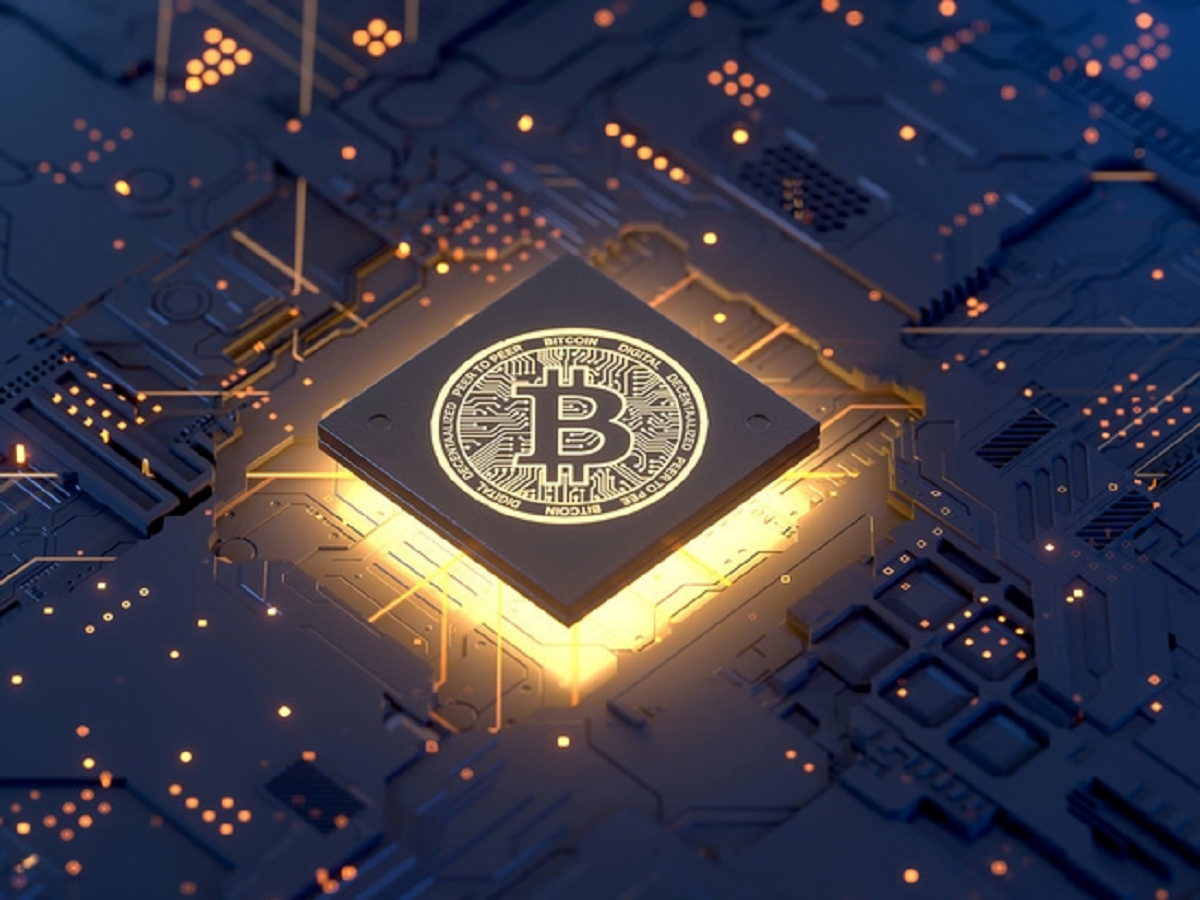 This story originally appeared on ValueWalk

Everyone wants to invest in blockchain. At least that’s the impression one gets from the daily funding announcements that are zealously reported by the crypto news media. Here are the latest projects that are attracting capital from the VC heavyweights in the industry.

Hedge fund letters, conferences, and more in the first quarter of 2021

The future of debt-free liquidity

As a gateway to instant crypto lines of credit and high income earning opportunities, Unbound allows users to collateralize LPT at 0% to borrow other crypto assets with no deadline on loan repayment. It manages this by taking advantage of the unused liquidity from the wallets of AMM liquidity providers on platforms like Uniswap, Sushiswap and Balancer.

In the absence of a liquidation engine, users are also immune to the risk of liquidation – a pervasive threat in the hypervolatile world of high-yield farming.

Additionally, Unbound is busy building native bridges to enable cross-chain transfer of its AMM native stablecoin and other synthetic assets.

“Unbound has great potential to play a leading role in defibrillation by focusing on liquidity pool tokens,” said Dan Morehead, CEO of Pantera Capital. “We’re excited to help the Unbound team develop the key tools to capitalize on this pristine part of the Defi ecosystem.”

Not only has Unbound attracted capital from several high-impact funds, it has also accepted investments from several angels, including the founders of Enjin, Gnosis, Polygon (formerly Matic), Polkastarter, and Kyber Network.

Whether it’s bootstrapping experimental networks or funding cutting-edge defi-treasuries, investors – both crypto-natives and the VC funds dipping their toes for the first time – are embarking on a buying frenzy and running a range of bold new products and protocols. In the interests of users and the industry as a whole, we hope recipients spend the capital wisely.

Described as an experimental network for Facebook’s Diem blockchain (formerly known as Libra), the Pontem Network is a substrate-based chain designed to help the social media giant achieve its goals. How? By introducing creators to Diem’s ​​potential and giving them the opportunity to validate ideas before submitting them directly to the Diem Association.

Pontem Network uses cross-chain bridges to connect to external blockchains such as Polkadot, EOS and Ethereum and tap their resources. The Diem-Testnet also offers a range of tools and pre-built modules that can be easily migrated to Facebook’s upcoming authorized blockchain.

By acting as the parathread of Polkadot, Pontem can tap into the liquidity, data, and user base of the Shard blockchain created by Ethereum co-founder Gavin Wood. Earlier this month, the decentralized application (dApp) attracted $ 4.5 million in seed investments from over 30 high-profile investors including Kenetic Capital, Alameda Ventures, Mechanism Capital, Delphi Ventures, Spartan Capital and the NFT platform Animoca Brands .

Co-founder Boris Povod welcomed the news, saying he was “humble and honored to have such a valued list of investors who support and help make our vision for Pontem a reality”.

It is hard to overestimate how consistent a Pontem Network project could prove to be. While Facebook’s blockchain project tends to split opinions, Pontem provides a decentralized testing ground and framework for what may be the most widely adopted blockchain in the world. Last month, the Diem Association – which includes 26 financial and nonprofit organizations – announced announced that it plans to launch a US dollar stablecoin for consumer and business use in its blockchain-based payment system.

Pontem Network intends to use its war chest to grow the project and bring in new talent.

In contrast to the projects mentioned above, Runtime Verification does not work exclusively in the blockchain space: it also evaluates the computer systems for companies in the automotive and aerospace industries, having worked with NASA and Toyota.

The last round of funding, however, was very much about blockchain. Led by early stage venture firm IOSG Ventures, it attracted investments from polkadot focused Hypersphere Ventures as well as the Tezos Foundation, Algorand Accelerator Borderless Capital, Cardanos cFund and Elrond Research.

According to a Runtime Verification blog post, the seven-digit sum is being used to “accelerate the development of tools that improve the security, reliability, and correctness of computer systems for blockchain and embedded systems, as well as the global reach of runtime verification” in the present. “

The best of Cefi and Defi. combine

As a decentralized, order book based exchange (DEX) based on the fast growing Polkadot blockchain, Polkadex aims to make crypto trading easier by combining the best aspects of Cefi and Defi. Currently on the testnet, it is slated for a mainnet launch later this year.

As early as March, the project caused a huge hype among venture capitalists, almost two dozen of whom had pledged funds to help the team achieve its high ambitions. Attendees included many well-known names, from Kenetic Capital and NGC Ventures to CMS Holdings, Genesis Block Ventures and Waterdrip Capital, who have raised a total of $ 3 million.

Polkadex excels in features like perpetual liquidity mining and fee-free transactions, even decentralizing the KYC process and paving the way for traditional institutional actors to enter the def. By combating slippage and front running and combining high throughput (500,000 t / s) with low latency and a sleek design, Polkadex could well be the next generation DEX the industry has been waiting for.

Take a close look at blockchain

Data is as intrinsic to blockchain as water is to life. So it’s no surprise that the PARSIQ blockchain data monitoring platform has been such a resounding success. Not only does the native PRQ token have a market capitalization of over $ 66 million, but the platform raised $ 3 million earlier this month in a round led by the Solana Foundation and Axia8 Ventures.

“We are pleased to have the support of these diverse and highly respected participants in the crypto ecosystem,” said Tom Tirman, CEO of PARSIQ.

“Although our runway was more than adequate from our previous increase, we felt we needed additional support from key stakeholders to ensure the success of our project. With their help, we will be able to start the strongest marketing and development push to date for PARSIQ. “

PARSIQ intends to work with its new investors to develop products and fine-tune market strategies and, in particular, will forge closer ties with Solana by bringing its smart triggers to this blockchain’s ecosystem projects. For the uninitiated, smart triggers are essentially workflows that are executed when a particular blockchain activity occurs under certain conditions.

The suite of tools offered by PARSIQ is designed for developers, researchers, market analysts and compliance officers who could all benefit from improved clarity about the performance of network applications. In addition to Solana, the tools from PARSIQ are compatible with Bitcoin, Ethereum and Algorand.

A decentralized alternative to AWS

PARSIQ isn’t the only company that deals with data; The Norwegian startup IAGON is another one. This month the platform raised $ 3.4 million in seed and private funding from a number of VC funds, all of which were bought in based on their vision of decentralized big data.

Allegedly, IAGON is creating a scalable cloud platform for using the storage and processing power of a decentralized computer grid, which is coordinated via a blockchain network. An “affordable, accessible and private cloud that doesn’t belong to anyone or everyone – just like air and water,” to quote the team themselves.

“We are pleased to have the support of such a broad investor network in the crypto ecosystem with a particular focus on Cardano,” said Navjit Dhaliwal, co-founder of IAGON.

“With the support of the crypto community, both institutional and grassroots, we are ready to become the decentralized alternative to AWS and all other big-tech cloud infrastructures.”

KIRA wants to let it rain for yield hunters

There seems to be a trend towards branding crypto startups of all sizes and completing the seed rounds of blockchain VCs immediately. Correlation is of course not the same as causality, and so there are more compelling reasons why PARSIQ, IAGON, and KIRA all completed multi-million dollar rounds.

The latter creates a network that forms the heart of web3 and powers a number of decentralized systems while freeing up the capital that is normally tied up through staking. Fintech startup KIRA, founded by Milana Valmont, promises to make it easier for income farmers to generate higher profits by unlocking the value that would otherwise be taboo with stuck assets.

The startup’s vision has clearly resonated with investors, who spent $ 5 million last year to get a slice of what KIRA’s team is cooking up. Participating firms include Black Edge Capital, Ascensive Asset Management and TRG Capital.

Roger Lim, Founding Partner at NGC Ventures, stated, “KIRA is a brilliant team of people working to provide full access to the underlying value of every digital asset. You create a real decentralized fintech solution that enables trustworthy and scalable market access. This will revolutionize decentralized finance as KIRA becomes a powerhouse of a Web3 economy. We want to be part of their journey. “

And there you have it: seven projects, suited and bootstrapped, and determined to create a sensation in the blockchain world. With a small army of seasoned investors behind them, we believe their chances look pretty good.