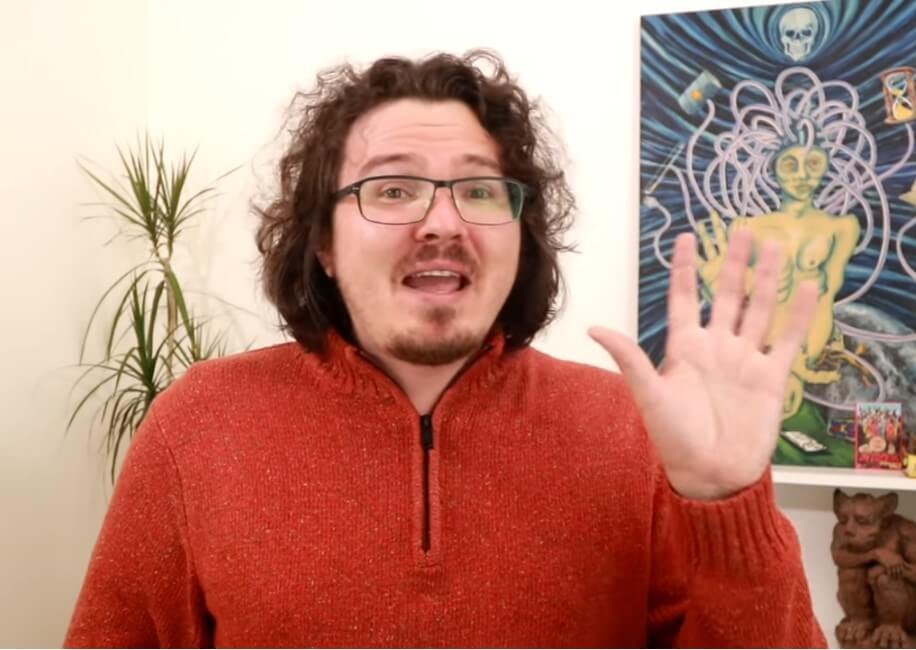 Last week, I had the pleasure of speaking to Crypto Lark, a popular YouTuber who started broadcasting about two years ago.

Lark Davies is New Zealand’s most popular crypto and bitcoin personality. He grew up on a small organic farm, read Mad Magazine and dreamed of space travel.

During the interview we discussed the future of cryptocurrencies, the current economic panorama, the development of the Bitcoin protocol, interesting projects in space and the impact of smart contracts on the cryptocurrency ecosystem in the near future.

You can see the full interview below, which is available on YouTube.

Bitcoin and the crypto room

We started our conversation by jumping into the projects Lark is currently supporting.

While Bitcoin is the safest and most robust, other competitors (like Ethereum) are trying to seriously disrupt the space.

Given the tradeoff between scalability and security, Crypto Lark mentioned something Ethereum would like to do.

“With the new PoS system, Ethereum brings something new into the room (…) that makes the protocol even more scalable.”

I’m also very interested to see how Proof-of-Stake will develop in the Ethereum ecosystem. I tend to agree with him that this new consensus algorithm will help with the adoption.

However, the ETH is hardly the only coin in which he has a great deal of interest.

The path to adoption

Regarding the further adoption of cryptocurrencies, Lark immediately mentioned Binance.

Binance is indeed one of the main players in the space. For example, it has enabled a number of new features like IEOs and margin trading – something that users love very much. Lark added why:

“IEOs have been pretty profitable for people in space.”

With great strength, of course, comes great responsibility. We covered the DeFi area as most exchanges are still pretty central (remember, folks: not your keys, not your coins).

Non-custodial exchanges like Binance’s DEX are a good first step towards a more decentralized future. Especially if we want to encourage the right kind of adoption.

Will cryptocurrencies be the future?

This depends a lot on how the world is evolving. For example, will an economic recession affect the crypto space?

“Even if no one wants to see an economic recession, this is what is most likely in the near future,” Lark explained.

However, he added that Bitcoin should benefit from such an outcome.

Another problem facing the world economy right now is the ongoing trade wars between the United States, China and many other countries.

“The power of the US dollar comes from violence. What did China do? China came to Africa and started developing other countries instead of going to war like the US. “

Could the USD lose its place as the global standard currency in the future? Who knows, but that can only be achieved if crypto takes over instead.

However, I didn’t want to end the interview on such a negative subject. We discussed some other emerging projects in the room instead.

We touched on the Basic Attention Token, Chainlink, and a few other projects like Enjin and the impact of non-fungible tokens.

In Lark’s opinion, blockchain gaming will be the key to its future adoption.

“With the advent of NFTs, gaming will be huge.”

I couldn’t agree more. Protocols like Enjin and Loom are definitely building the future. You can read more about groundbreaking blockchain games like Gods Unchained, CryptoKitties and NBA TopShot in my interview with Roham Gharegozlou, the founder of Dapper Labs.