Cryptocurrency Polygon, founded by 3 Indians, has reached a market capitalization of $ 13 billion 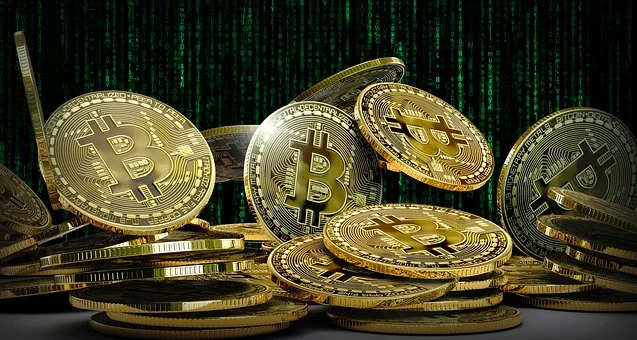 India may have an emerging industry that trades cryptocurrencies, but the country’s role in the global crypto market is not that great. Because of this, the rise of a coin called polygon was largely overshadowed last week as major changes took place in more popular cryptocurrencies like Bitcoin and Ethereum.

According to the Crypto Price Tracker Coinmarketcap, Polygon’s current market capitalization (as of May 19) is just under $ 13 billion. But the company wasn’t actually started to simply spend a coin to trade on exchanges. Polygon is currently a long way from cryptocurrencies like Bitcoin or Ether, but it is one of the top 20 cryptocurrencies worldwide. But where did it come from?

Originally launched under the name Matic Network in 2017, Polygon is a platform based on the Ethereum blockchain that can be used to develop other decentralized apps. It was founded by Sandeep Nailwal, Anurag Arjun and Jaynti Kanani.

“Matic Network is a Layer 2 scaling solution that achieves scalability by using side chains for computation out of the chain while maintaining the security of assets using the Plasma framework and a decentralized network of PoS validators (Proof-of-Stake ) guaranteed, “said the company in a blog post.

Aside from the jargon, Polygon is basically a system that can solve scalability and usability problems in the Ethereum blockchain without affecting the decentralized core aspect of an app. “Matic strives to achieve a high degree of decentralization through trustless and decentralized execution while ensuring near-instant transfers, low fees, and affordable microtransaction economics,” the company said in the same post.

Essentially, this means that Matic enables companies to develop decentralized apps, a growing market, to scale their solutions and to accommodate more users. It also uses the Ethereum blockchain, which has a very broad scope and can be used for many different types of apps. For example, Polygon’s solution is being used by the Government of India in Maharashtra to track COVID-19 cases across the state.

The company was renamed Polygon in 2019 to take its business to the next level. “As we worked on it day in and day out and built Matic, we realized that our branding should reflect our beliefs and represent the idea and vision that Matic is working on,” the company said at the time.

One of Polygon’s founders, Nailwal, is also responsible for the India Covid Relief Fund, a cryptocurrency-based fund designed to support pandemic relief efforts in India. The fund has amassed over $ 1 billion, thanks in large part to a donation from Ethereum founder Vitalik Buterin last week.

Why is Polygon gaining momentum?

While Buterin’s donation to India Covid Relief Fund Polygon must have given some visibility, the token’s growth cannot be attributed to this one event. Instead, the growth is more due to a growing global increase in DeFi apps (Decentralized Finance) such as UniSwap and Maker. Polygon’s solution is helpful for decentralized apps and wins users over quickly. It is used by such apps, including games, marketplaces, and more.

The other reason is speculation, as Nailwal recently told the Economic Times. “The growth was significant. Part of that is speculation – as with any cryptocurrency – but we’ve also broadened our vision and scope of work, ”he said. “A combination of real world application and user acceptance has a snowball effect,” he added.

In the seven days ending May 17, the company added 75,000 new users, according to Cointelegraph. This shows investors that Polygon’s solution is gaining more users and will grow in the long run. The token hit $ 2.14 around midnight on May 18, although it fell back to below $ 1 at around 5:30 p.m. Indian time on May 19.

SEE ALSO:
Xiaomi, Oppo, Vivo and Poco are extending the warranty by up to two months due to COVID-19 bans and restrictions
Android 12 Beta – Download and install on Pixel, OnePlus, Xiaomi and Realme phones, among others