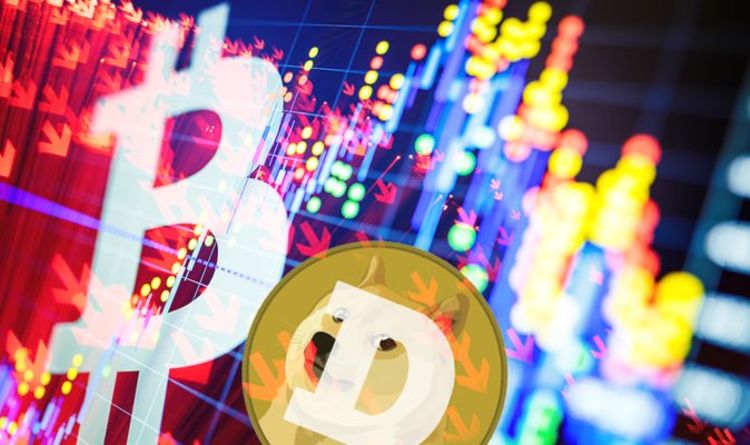 The cryptocurrency has been on the rise lately after a period of prolonged declines.

Dogecoin is up 1.84 percent in the past 24 hours and has increased in the past few weeks, raising fears of a cryptocurrency bubble.

The cryptocurrency hit record highs in the past few days after online communities drove the price of the digital coin soaring.

Michael Kamerman, CEO of Broker Skilling, said the “parody currency” often appeals to investors because of its status and popularity on social media and with celebrities.

He told Express.co.uk: “The revival of awareness of Dogecoin, which was originally introduced as a spoof currency, may seem attractive to investors because of its volatility, but for the currency to ever have intrinsic value, scalability and security issues need to be addressed be.

“It’s moved by headlines, tweets, celebrities, or company recommendations and while this is likely to be belittled by“ traditional ”investors, it brings the masses to cryptocurrencies.

“The masses understand headlines, tweets and endorsements and the masses will likely mature as crypto enthusiasts and begin to appreciate the movement for its more technical nuances.

“The main reason Dogecoin is so popular, however, is its online communities, coupled with the support of high-profile business tycoons like Elon Musk.”

Dogecoin rose to 5 cents after losing that crucial level of support, and even Elon Musk can’t save it, Bitcoin Bull says