DeFi – Who will win between Ethereum and EOS?

We hear about it a lot decentralized financing ((DeFi) and the first thought, especially for beginners, would connect that word and sector to that ether ((ETH) blockchainwhich is not entirely wrong, but is more of a vision. limited reality.

We remember that with DeFi a sector and protocols are defined that are completely decentralized, that is, the user interacts with the various smart contracts through his wallet, depending on the blockchain he is interfacing with, which can be on one or more protocols different blockchains.

Think of them, for example Stablecoin Tether ((USDT) that we find on different blockchains, and therefore we can call it “Blockchain agnostic“Stablecoin, and for example we both find it on ether and further EOS.

Back to the comparison between the blockchain with the greater weight in this sector: Many of you could be quick to react to Ethereum. Let yourself be fooled Through various diagrams that use the value of the token as a reference point and then measure the impact in fiat, the token that is most valuable wins the ranking.

Certainly the price of the token has an effect, but it is not a valid parameter for comparison, because if everything is absurd Bitcoins ((BTC) were on a certain blockchain, as tied assets, then we will surely talk about Bitcoin is DeFi and it won the match because it would outperform all competition with its only prize.

So, based on what should we be comparing blockchains to to measure DeFi?

In this case and in my opinion it is necessary that Number of tokens and Weight, in the percentagein which the associated tokens are blocked in the various protocols because this is the only way we can have at least objective and non-variable data or are vulnerable to the market.

For the uninitiated, Ethereum and EOS have a different offering, the first over 100 million while the second just over 1 billion, and it could be argued that for total tokens EOS would certainly winHowever, this is not said as we have to take into account that 56% of the total EOS supply is staked and therefore the available data on 580 million EOS is blocked and not on the market: 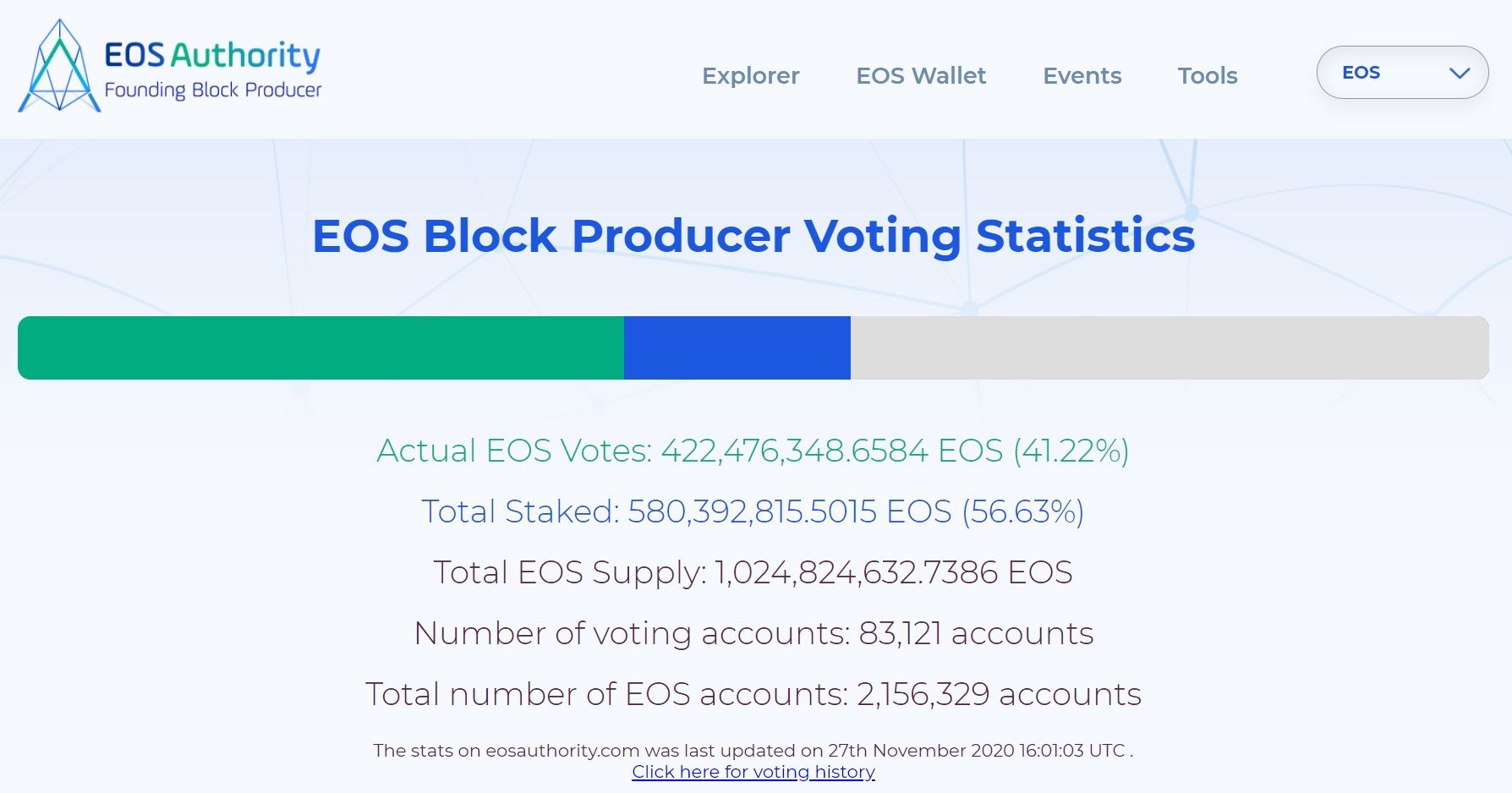 So the comparison has to be made between approximately 113 million ETH and 422 million EOS, and therefore we already have an initial overview of the actual comparison data, but this is not enough because of these tokens we need to see how many of these tokens have been blocked from the different protocols that we can find on the associated blockchains.

To do this, we will use different analytics platforms on which we will find updated data, and the first one that will be taken into account is certainly this one in which the data of the associated blockchains, namely Ethereum and EOS, are compared:

At first glance we see that the blocked ETH is over 7.5 millionwhile the EOS are blocked over 92 millionor the percentages in relation to the total supply 6.65% for Ethereum and 8.98% for EOS.

With a second skim, we now need to improve both the total number of EOS blocked in these protocols and the percentage of the proportions, since the entirety of the EOS is used as a reference, which, as mentioned, makes no sense and we will use this platform, on which we can see that there is blocked over $ 63 million, which are converted to EOS, amount to approx. 22.5 million EOS (Exchange at $ 2.80): 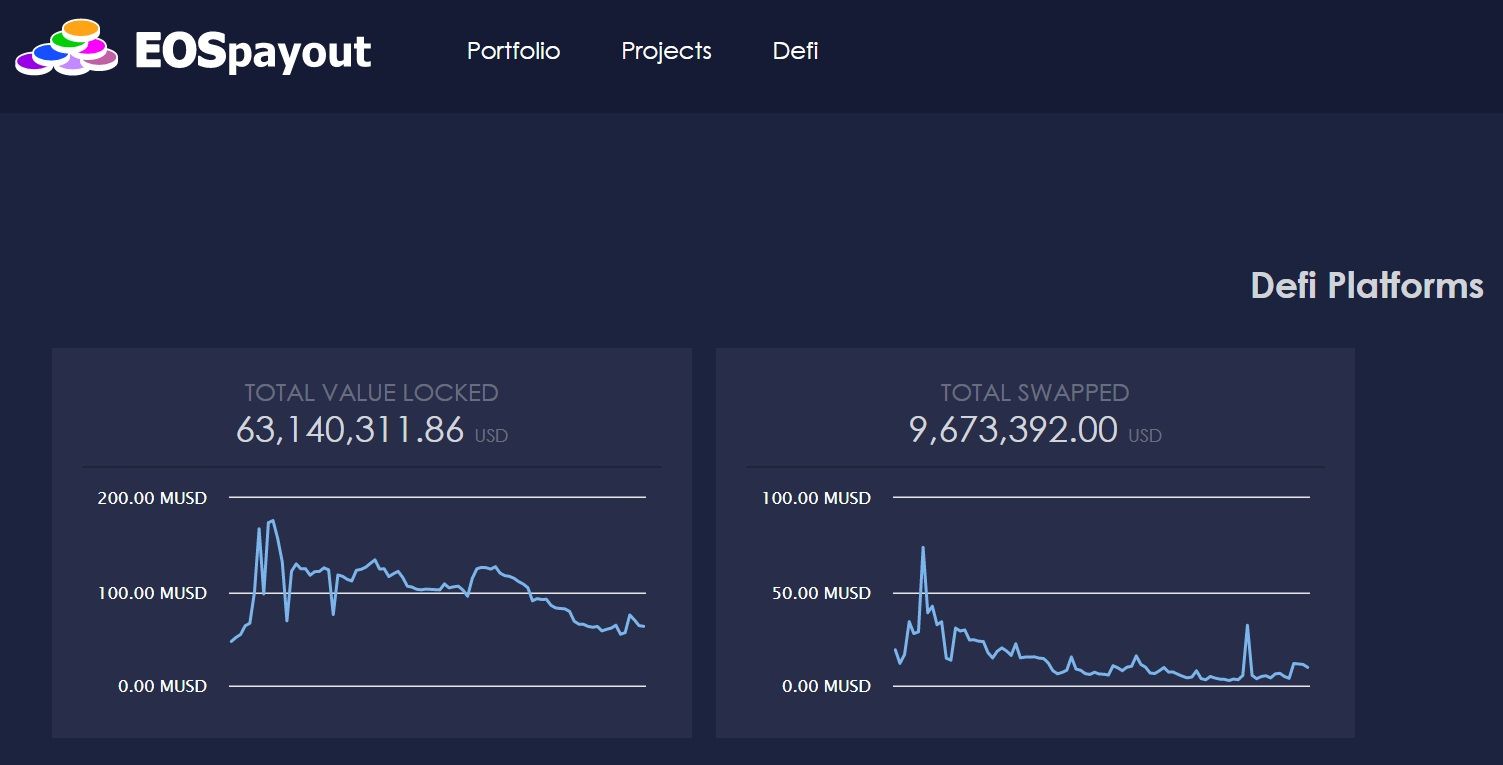 The final step that remains for us to refine the comparison is to determine the percentage of EOS 114.5 million that is blocked in relation to the actual stake offer, which is EOS 422 million The result obtained is 27.13%.

In my opinion the numbers speak for themselves and it is an objective comparison of the data that anyone can get and as mentioned above the price is just one of the factors because if both tokens had the same value in this case too, EOS would win the fight.

The next time you hear about Decentralized Financing (DeFi), keep in mind that there are other parameters to consider besides price.

In conclusion, let me remind you that all this information and the use of the different platforms in Decentralized Finance (DeFi) can be restored in one of the most important books on Decentralized Finance (DeFi), which is called “Mastering DeFi – A Practical Guide for Beginners and Advanced Users“, important because not only does it explain the fundamentals of this sector and the different steps of the various protocols over 30, but it is the only one that examines 3 different blockchains, such as: ether ((ETH), EOS and Tron ((TRX).

A book that analyzes the macro-categories of decentralized financing, which are:

Everything organized in 8 chapters and also divided by blockchain to get a full picture of what we find on the different blockchains and also to make the relative comparisons to give everyone the maximum freedom to use their preferred blockchain without opening the door for others to close.

Over 30 logs analyzed in detail and in detail, with relative basic steps, an indication of the various costs involved in carrying out the various transactions, to make the reader aware of them before they can interact with them.

Translated into 8 different languages, Italian, English, German, French, Spanish, Portuguese, Dutch, and Japaneseso as not to exclude anyone from this revolution that is underway and will continue for years to come.

Create your free account to unlock your custom reading experience.

IOTA blockchain for tracking refugee families during and after conflicts