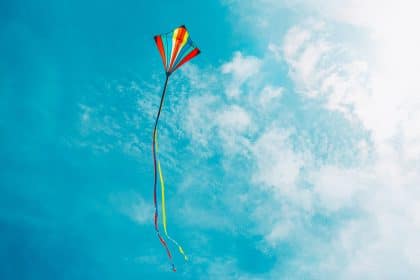 While the DELTA launch caused the trading volume at Uniswap to skyrocket, Uniswap founder Hayden Adams made it clear that re-basing the system has solved the matter.

On Monday, Mach 29, daily trading volume on Uniswap soared a massive 450%, topping $ 7.17 billion, according to data on Uniswap.io. That was likely the highest volume recorded after its previous record of $ 2.19 billion on October 26, 2020.

However, it turns out that the massive increase in trading volume comes with the introduction of DELTA. After launch, DELTA recorded a massive trading volume of $ 6.13 billion in 24 hours. Thus it was 85% of the total volume despite a liquidity of only 16.4 million USD.

However, Uniswap founder Hayden Adams has provided a strong explanation for this. Adams also noted that DELTA’s stats will not count as global uniswap volume. This is due to a quirk in Delta’s protocol. After the system was re-established, the actual trading volume was around $ 1.05 billion. Thus the speculation about a “laundry trade” was brought to a standstill.

No laundry trade, but also no “real” volume.

An untracked tape will be viewed shortly on https://t.co/80BxduZqDD

The Delta protocol does not raise an alarm because DELTA is a very new token. In addition, the Ethereum-based DELTA token was only launched the day before. Without participation, investors can only access DELTA via the Uniswap protocol.

Information about the Delta Protocol, which increases the Uniswap trading volume

The Delta Protocol defines itself as an on-chain options layer that uses a combination of different liquidity standards. This helps the protocol lower the premiums and offer competitive option prices.

In reality, options trading becomes very expensive and volatile if there is a lack of liquidity. The delta protocol is supposed to fix exactly this. The Delta Protocol seeks to make a difference in the rapidly evolving DeFi (decentralized finance) area where people can act in a decentralized manner, earn interest, borrow, and lend without the need for banks.

In a statement released last month, the Delta team stated that they are using a vesting schedule for liquidity. The team wrote:

“When Delta is transferred, a token vesting schedule will be activated. 10% of the total token balance is sent to the user, while 90% is initially blocked and released linearly over a period of 2 weeks. “

On the other hand, Uniswap has become a point of contact and a decentralized exchange (DEX) for all DeFi tokens. Uniswap gained massive popularity during the Crypto Bull Run of 2021. The local UNI has become the eighth largest cryptocurrency by market capitalization.

Bhushan is a FinTech enthusiast and has a keen understanding of the financial markets. His interest in economics and finance draws his attention to the emerging markets for blockchain technology and cryptocurrency. He is constantly in a learning process and keeps himself motivated by sharing what he has learned. In his spare time, he reads thriller novels and sometimes explores his culinary skills.

Do not make transactions with Bitcoin until changes have been made to the tax code: Ark Investment Founder