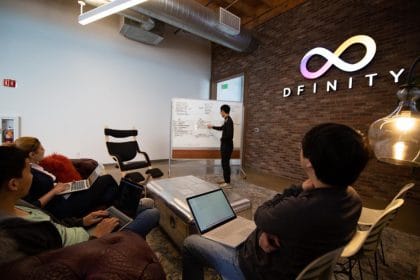 The price of ICP has gone down. While Bitcoin is leading the market correction, the top altcoins including Ethereum (ETH) have also been dragged into the nosedive market.

Although the price of the coin fell from its debut price of $ 731 to $ 258 last weekend, the network’s native digital currency continues to plummet.

At the time of writing, Internet Computer is trading at a price of $ 209.15, down 16.43% over the past 24 hours and a 70% decrease from the all-time high (ATH) of $ 737.20, according to CoinMarketCap. After a robust and acclaimed debut, ICP owners are now turning to the superiority of the protocol in terms of its fundamentals and disruptive use cases to return to its winners.

The current market correction was exacerbated by the decision by Tesla Inc (NASDAQ: TSLA) to stop accepting Bitcoin (BTC) payments for its electric cars and products. The revelation mentioning Bitcoin’s energy consumption sent shock waves through the crypto industry, as did the announcement a few months ago that it would accept Bitcoin for payments.

In addition to the Internet computer, other relatively newly listed digital currencies were not spared the influence of the Tesla news. Casper Network (CSPR), an energy-efficient blockchain infrastructure, has also improved massively, falling from its debut high of over $ 300 to its current low of $ 0.5410.

The top of the market correction for Bitcoin and Ethereum

While Bitcoin is leading the market correction, the top altcoins including Ethereum (ETH) have also been dragged into the nosedive market. The latter, the world’s first open source, functional and DeFi-based protocol, has set a new course for itself in the past few weeks, hitting a new ATH of $ 4,350 about a week ago.

As can be seen on Bitinfocharts, the average cost of using the Ethereum blockchain has decreased from $ 69.92 per transaction about 5 days ago on May 12th to $ 20.06 by May 16th. The high gas charges were previously fueled by a renewed overloading of the FOMO as ETH rose to a new high. Fears after Vitalik Buterin’s donation of Ethereum-based meme coins worth billions of dollars also caused a rush on the network.

Crypto proponents also believe that another benefit of the ongoing market correction is to find the new base for a massive price hike that generally sees altcoins receiving a boost.

Benjamin Godfrey is a blockchain enthusiast and journalist who enjoys writing about the real world applications of blockchain technology and innovations to drive general adoption and global integration of the emerging technology. His desire to educate people about cryptocurrencies inspires his contributions to renowned blockchain-based media and websites. Benjamin Godfrey loves sports and agriculture.

Europe and the US could soon take the lead in bitcoin mining, says the large Chinese pool