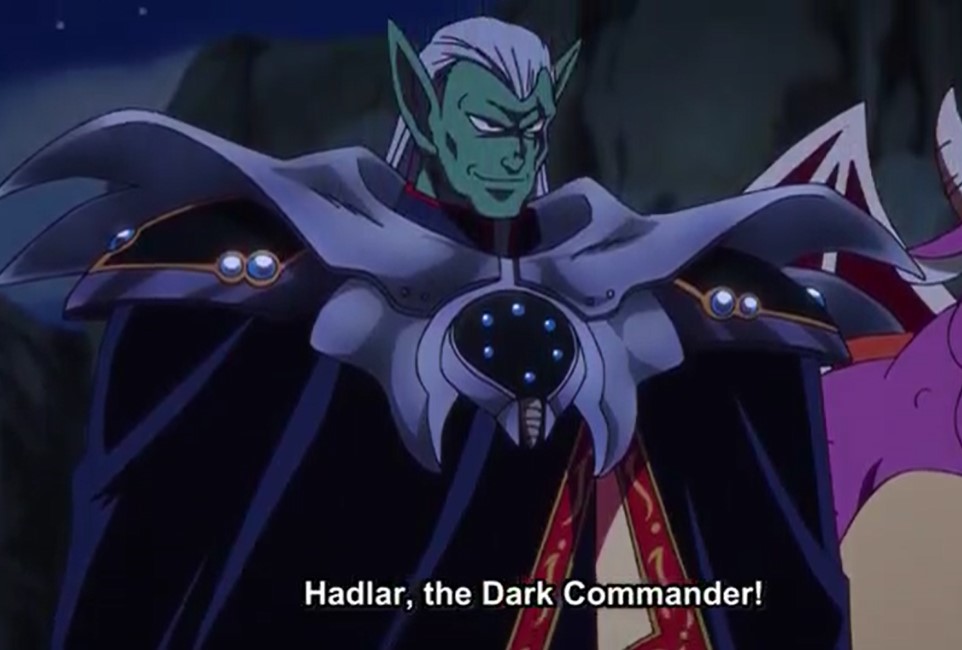 Demon Lord Hadlar is raging with anger walking with Zaboera. He orders Zaboera to summon his Mystic Legion at once. The episode is titled Zaboera’s Scheme. Hadlar comments that he will also call his elite guards. He reveals that they will gather their remaining forces and launch a mass offensive against Dai. Hadlar can’t accept the battle between father and son has ended with a draw. He wanted Dai to be eliminated by Baran, but Baran failed since both of the Legendary swords go broken during the battle.

Zaboera is worried that their plans have failed many times, and Dai keeps on smashing them. He told Hadlar to calm down and wait for the right moment to strike. He told Hadlar that Dai’s party couldn’t be defeated with any standard tactics. Zaboera comments that Hadlar can level everything to him since a victor is the strong one. And a victor is the one who survives to the end by any means. Hadlar accepted and trusted Zaboera’s word that he will get the job done, and victory is on their hands.

Previously on Dragon Quest: The Adventure of Dai Episode 33

Dai is healing from his injuries along with his party. Crocodine told Dai that Leon helped them with Fullheal. Crocodine told Dai that they are lucky to survive, and it was a hard battle for them. Hyunckle tries to get up and comments that the fight is not over yet. He also told them that Baran might be gone, but other Legion Commanders are still after them. He decided to take guard in case the Legion Commander attacks. Dai told Hyunckle to rest and let his body heal since he can’t fight in that condition.

Popp arrives with a fully healed body and comments that the half-dead should take it easy. He told them that he would take care of the guard duty. Dai asks Popp what he means by saying they are half-dead and asks Popp if he was dead. Popp shakes his body and shows them some exercise that he is fully healed and can take down the enemies. Dai is not convinced that Popp is fully healed, and he thinks Popp should also rest. Popp replies that he feels better than before he died.

Hyunckle told Pop to save his bravado and Popp replies that they will see if it is bravado. He took a leaf and cast a Sizz spell to prove that he is healthy. Dai realized that a healthy person with no injuries couldn’t cast a Sizz spell. Crocodine comments that it is impossible unless Popp focuses his Magic Power. Popp remarks that they can see that he is in tip-top shape today. Hyunckle sits down and accepts that Popp will take care of the guard duty. He comments that Popp is in good condition than any of them.

Dai Back in Demand as DeFi Markets Tap New Highs

Dragon Quest The Adventure of Dai

Popp heads out while telling them not to worry about it, and if things get ugly, he will shout. He left the rest of the party and gone to guard duty with Gomechan. Hyunckle reveals that drinking the Legendary Dragon’s blood grant immortality. He comments that maybe Baran’s blood has made Popp’s body stronger than before. Dai and Crocodine realize that Popp was in a coma, and Baran feeds Popp’s Legendary Dragon blood. They wonder if Popp has become immortal.

Dai realizes that he has Legendary Dragon blood like his father; he asks Hyunckle if they will become stronger like Popp if they drink his blood. Crocodine smiles and comments that Baran said Dai’s blood is closer to a human’s blood. Dai comments that he wishes he had that power; he would stop everyone from dying. Dai realizes that he posses the qualities of his father and mother. Which means he has half-human blood and half Legendary Dragon’s blood. Hyunckle told Dai not to worry since they won’t die so quickly.

Meanwhile, Popp falls into Zaboera’s trap, thinking that he is kissing Maam. The fake Maam poof and Zaboera appear along with Demon Lord Hadlar. Popp battles with the Duo, and Matoriv arrives. He defeated Hadlar and Zaboera with a single blow, and they head back to the house. Matoriv reveals the truth about the Dragon Knight and how it will affect Dai’s life.

Dai Back in Demand as DeFi Markets Tap New Highs