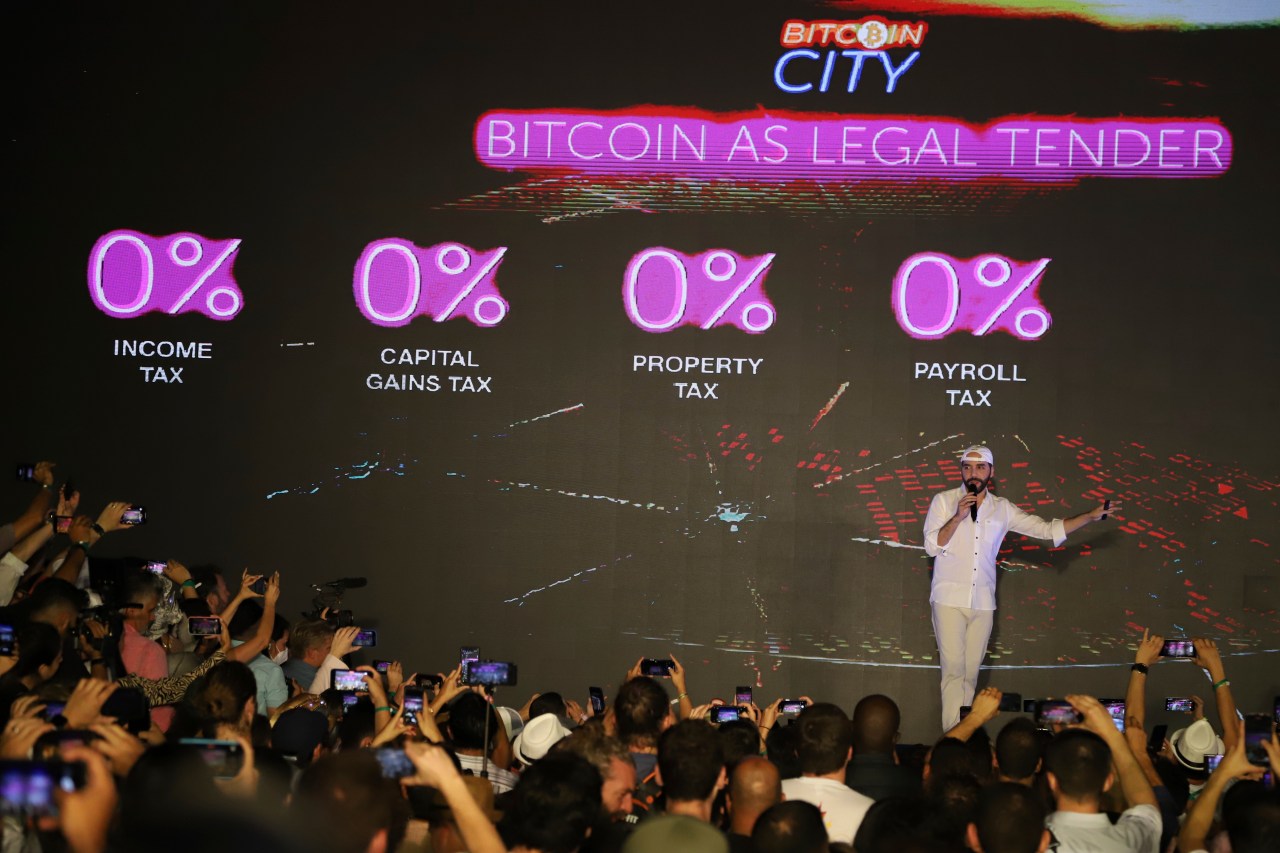 LA LIBERTAD, El Salvador (AP) – In a rock concert-like atmosphere, El Salvador’s President Nayib Bukele announced that his government will build a “Bitcoin City” by the sea at the foot of a volcano.

Bukele used a gathering of Bitcoin enthusiasts on Saturday evening to present his latest idea, much like he used a previous Bitcoin conference in Miami to announce in a video message that El Salvador would be the first country to use cryptocurrency as legal tender would do.

A bond offer would be made entirely in Bitcoin in 2022, Bukele said, wearing his signature baseball cap on the back. And construction could begin 60 days after the financing was completed.

The city is being built near the Conchagua Volcano to use geothermal energy to power both the city and Bitcoin mining – the energy-intensive solution of complex mathematical calculations day and night to verify currency transactions.

The government is already running a pilot Bitcoin mining project in another geothermal power plant next to the Tecapa volcano.

The Conchagua volcano by the sea is located in the southeast of El Salvador on the Gulf of Fonseca.

The government will provide land and infrastructure and work to attract investors.

Only the value added tax is charged there, half of which is used to settle the municipal debts and the rest for the municipal infrastructure and maintenance. Bukele said there would be no property, income or community taxes and the city would have zero carbon emissions.

The city would be built with the aim of attracting foreign investment. There would be residential areas, shopping malls, restaurants and a port, said Bukele. The President spoke about digital education, technology and sustainable public transport.

“Invest here and earn as much money as you want,” said Bukele to the cheering crowd in English at the end of the Latin American Bitcoin and Blockchain Conference in El Salvador.

Bitcoin has been legal tender alongside the US dollar since September 7th.

The government is backing Bitcoin with a $ 150 million fund. To motivate Salvadorans to use them, the government offered those who used their digital wallets a $ 30 loan.

Critics have warned that the currency’s lack of transparency could increase criminal activity in the country and that the wild fluctuations in the value of the digital currency would put those who own it at risk.

Bitcoin was originally created to operate outside state-controlled financial systems, and Bukele says it will help attract foreign investment to El Salvador and make it cheaper for Salvadorans living abroad to send money home to their families.

Concern among the Salvadoran opposition and outside observers has grown this year as Bukele sought to consolidate power.

Voters gave the hugely popular President’s party control of Congress earlier this year. The new legislature immediately replaced the members of the Constitutional Chamber of the Supreme Court and the Attorney General, leaving Bukele’s party firmly in control of the other branches of government.

The US government then said it would shift aid from government agencies to civil society organizations. This month, Bukele sent Congress a proposal that organizations receiving foreign funding should register as foreign agents.