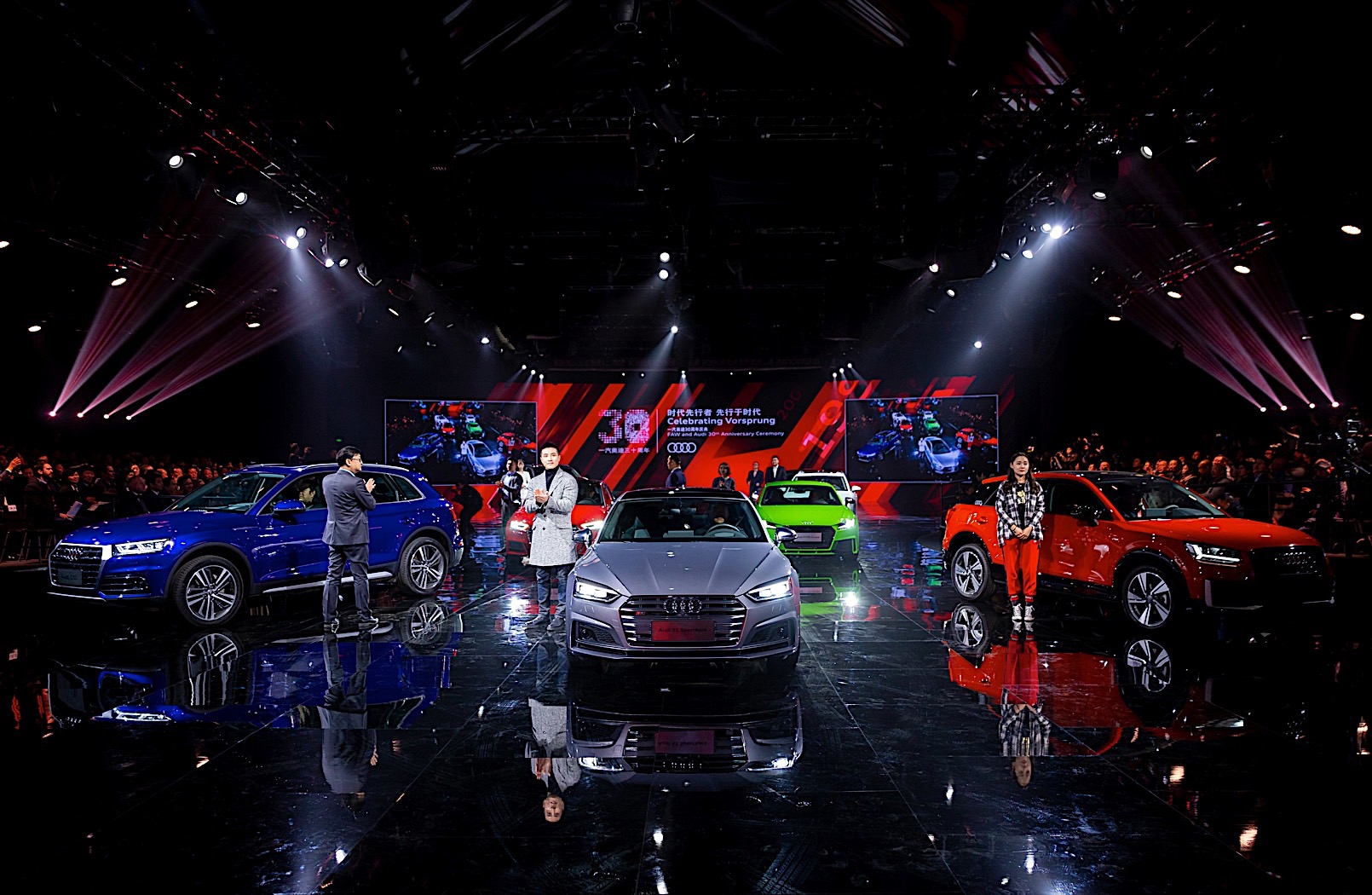 As early as 1988, the Chinese car company First Automotive Works (FAW) began assembling the Audi 100 from sets of parts at its plant in Changchun. It was the starting signal for Audi in a country that has now developed into the brand’s largest single market.

For Audi in China, the focus is of course on the next evolutionary step in the automotive market, the electric car. The recently presented SUV e-tron is scheduled to go there as early as next year, and local production is scheduled to begin in 2020.

But there is another Audi electric car in the works that is not based on the upcoming MEB platform from mother Volkswagen. Based on an Audi Q2 L (long wheelbase), the four-ring brand is developing its first electric car specifically for the Chinese market.

According to Audi executives who were at the FAW plant in Changchun on Monday to celebrate the 30th anniversary of the Audi-FAW marriage, the Q2 L e-tron will be ready to drive next year. It is said to be the first of ten new joint car models that Audi will bring to market in the country in the first two years of the next decade.

“We will use our experience to develop and produce even more models specifically for China in the future,” said Alexander Seitz, Audi Board Member for Compliance and Integrity, at the event.

“We will continue our common success story with the latest technologies, digital services in line with the market and models such as the Audi Q8 and Audi e-tron.”

Audi is currently producing six cars on site. It assembles the long versions of the A4 and A6 as well as the Q3 in Changchun. The A3 Sedan, A3 Sportback and Q2 L are assembled at Foshan.