Elon plans to bring Dogecoin to the moon by 2022

By 2022, Tony Sta … I mean, Elon Musk says he’s going to bring a real physical Dogecoin to the moon.

Nobody ever said the man wasn’t brilliant, if not a little eccentric. His support for the cryptocurrency, which was once just a joke, isn’t just for fun. 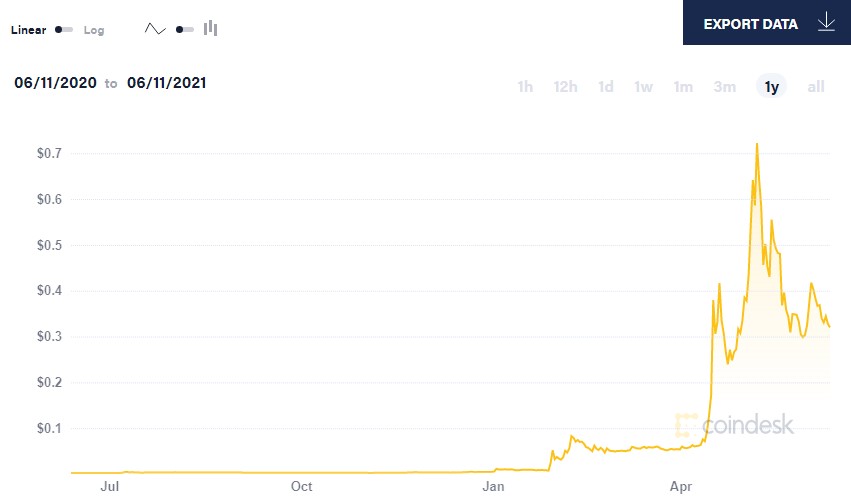 It’s unbelievable how an “investment” that returned 12,000% in less than 5 months when joke started. Imagine the number of Sheba Inu dogs that can be adopted for such returns, especially after they bring Dogecoin to the moon!

After all, Dogecoin parents Billy Markus and Jackson Palmer did.

They created a payment system that makes fun of the crazy speculation of cryptocurrencies. Like so much that we’ve seen in the past few years, Dogecoin has taken on a life of its own! Now it will circulate with a supply of 129.5 billion coins as of May 9, 2021.

It’s not just a meme: Dogecoin is changing the world

On January 9, 2014, the Dogecoin Foundation launched a community fundraiser with the goal of raising $ 50,000 for the Jamaican bobsleigh team. The team qualified but couldn’t afford to take part in the Sochi Winter Olympics. On the second day of the fundraiser, $ 36,000 worth of Dogecoin was collected. This increased the BTC Dogecoin exchange rate by 50%!

Additionally, Dogecoin was up more than 50 cents in May just a month ago!

The motivation for standing behind Dogecoin is the same as with almost any crypto: to deprive third parties of the power to charge fees for using their own money on their platform. They’re called banks, and you may have heard of them.

The real reason to put Dogecoin on the moon for Elon Musk isn’t to tie it to the traditional financial world. (Though that’s a huge side benefit!) I think the real reason for bringing Dogecoin to the moon lies in the fact that Elon Musk owns SpaceX, the world’s leading provider of space travel in the private sector. In the first quarter of 2022, the Canadian company Geometric Energy Corporation will bring a physical Dogecoin in a 40-kilogram CubeSat on one of SpaceX’s Falcon 9 rockets to the moon. It would be interesting to see what happens, and if only we could invest in SpaceX! It’s a shame it’s not public! (Yet…)

The 2% increase in Dogecoin in the last week is an indication that such measures are the right thing to ensure a bright future not only for Dogecoin, its owners and Mr Musk, but for the whole world and everyone who will use crypto to back up.

Dogecoin price jumps more than half a dollar

Regulators are coming: Biden Eyes is taxing crypto, Thailand is slowing down