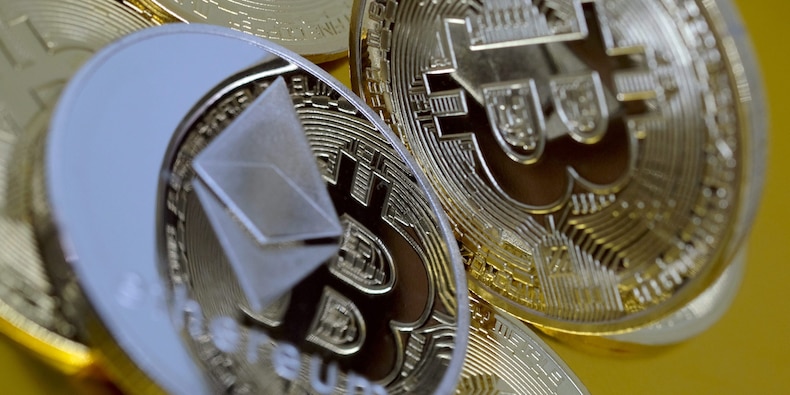 Bitcoin and Ether are the two largest cryptocurrencies.

Major upgrades to the Ethereum network could help Ether gain a reputation as a store of value, which poses a potential challenge for Bitcoin, Danish investment bank Saxo said.

Developers on the Ethereum network have released an update that will change the way transaction fees work.

After each transaction, a portion of the fee is “burned”, destroying Ether and restricting its supply. The changes known as the “London Update” are expected to be fully completed in late July or early August.

“The burning mechanism isn’t just good for [ether] Owners as the rate of inflation is lowered, but it also reduces the miners’ impact on the market by compensating them [with] less ether, which limits the potential pressure to sell on them, “said Mads Eberhardt, Saxo Bank’s cryptocurrency analyst, in a statement on Monday.

“The London update is also putting pressure on the store-of-value narrative regarding Bitcoin, as Ethereum inflation is likely to drop to Bitcoin’s level while the Ethereum network has higher demand for transactions.”

Continue reading: A crypto VC who made successful early gambling games with Chainlink and Synthetix shares their next big bet under the radar – breaking 2 trends that are shaping DeFi

Crypto advocates have long argued that Bitcoin can act as a “store of value” that does not depreciate over time and can protect investors from inflation. This is because the number of coins ever produced is limited to 21 million, of which there are already around 18.7 million.

However, the supply of ether is potentially unlimited, making the token a more problematic store of value. The upgrades to the Ethereum network are partly aimed at addressing this problem by reducing supply.

However, critics argue that the volatility of cryptocurrencies means they are unsuitable as an investment. They also say that due to the lack of use cases – unlike traditional inflation hedges like gold – cryptocurrencies are less reliable as a store of value.