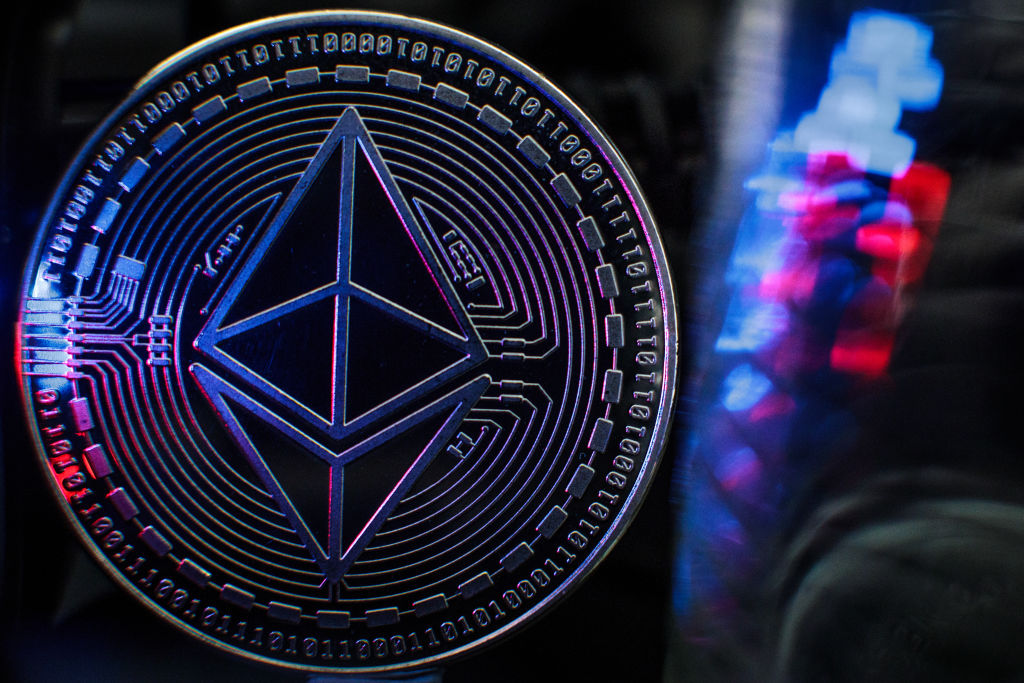 Trading cryptocurrencies remains difficult, especially given the ongoing bearish sentiment towards Ethereum, the second most widely traded digital token in the world.

Ethereum attempted to rebound on Thursday after a massive pulldown on Wednesday amid news that China resumed its ban on cryptocurrency trading, and returned almost half of what it lost that day, but ended up doing that on Friday Would be at the mercy of sellers.

Ethereum had lost 30 percent of its value during Wednesday’s crash, hitting a monthly low of $ 1,895. It tried to bounce back, however, hitting the $ 3,000 mark on Thursday, but fell again on Friday with a massive sell-off, again dropping 20 percent of its value to hit the $ 2,100 threshold, ending at around 2450 USD, FX Reich reports.

Ethereum is hovering around $ 2000

In such a bearish environment, Ethereum is expected to take yet another dip towards Wednesday’s lows and hover around the USD 2000 level if prices closed below the 100-day Simple Moving Average (SMA) on Saturday is currently at $ 2264 as it failed to hit a comfortable $ 2500 level.

The ETH cops had precisely protected the 100-day SMA to keep the digital coin afloat despite the crash. However, we can expect the worst to come as the gritty news for the cryptocurrency market continues.

Liu He, China’s vice-premier, rocked the market on Friday, declaring, as reported by FXStreet.com, a “crackdown on bitcoin mining and trading behavior as part of an extensive effort to contain alleged financial risk.

It came after the China Internet Finance Association announced on Wednesday that the country’s financial institutions are banned from trading cryptocurrencies due to the “volatile nature of digital coins.” This is in line with a similar ban on tokens in 2017, which also resulted in a huge bitcoin sell-off.

This led to Wednesday’s crash, with Bitcoin dropping sharply to $ 30,000 in intraday trading before recovering to settle at $ 37,000, which was still a 12 percent loss, Coindesk reported. Ethereum, meanwhile, slipped 25 percent to $ 2,587, with an intraday low of $ 1,895, despite news of the network’s plan to cut carbon emissions.

The meme-based Dogecoin had an even worse drop of 45 percent, from 48 US cents to 21 cents in just 24 hours.

Ethereum value: All cryptocurrencies are falling in the last few weeks Week

All cryptocurrencies have faced massive deficits in the past few weeks.

Dogecoin had already dropped to a third of its value last week after Elon Musk, CEO of Tesla and SpaceX, tweeted that the coin was a “crush” as he hosted NBC’s “Saturday Night Live”. However, it rebounded with Musk’s subsequent tweets about working with Dogecoin developers on the subject of “system transaction efficiency,” which was “potentially promising.”

Bitcoin, meanwhile, had also recently suffered horrific blows over announcements by Musk that it would not accept Bitcoin as a payment option when buying Tesla cars as it dropped five percent of its value. A domino effect last weekend also led to the collapse of Ethereum to a negative premium of 14.3 percent, the lowest value since the listing began.

The value of Bitcoin and who determines it