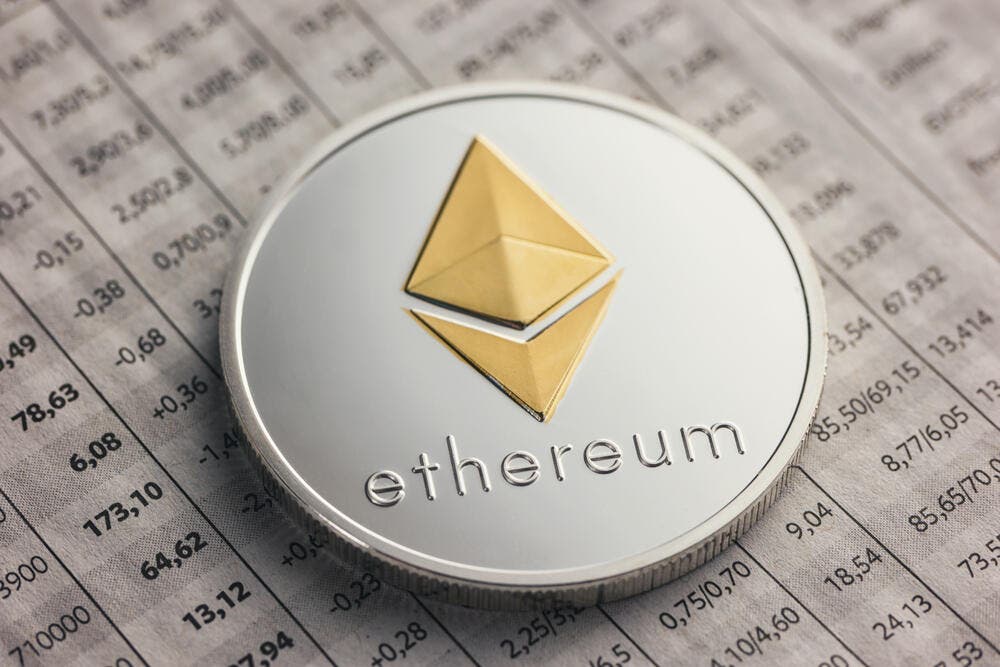 The world’s second largest cryptocurrency, Ethereum (ETH-USD), broke the $ 4,000 mark on Monday, and analysts attribute the price surge to bullish market sentiment. The two big names in the $ 2.2 trillion cryptocurrency market remain Bitcoin and Ether, the coin that powers the Ethereum network, according to a report by Bloomberg.

Meanwhile, Bitcoin (BTC-USD), the most popular cryptocurrency, was just over $ 58,000. Talal Tabbaa, Coo and Co-Founder of Jibrel Network, said, “Bitcoin has cemented its position as the world’s digital gold, but Ethereum is advocating becoming the global financial settlement layer. The Ethereum blockchain is home to most of the innovations in crypto and has the most developer activity. The recently approved Ethereum Improvement Proposal (EIP) 1559 completely redefines the fee structure of Ethereum and the market is now pricing this in. Deribit (one of the largest derivatives exchanges) recently added ETH futures with an exercise price of USD 50,000, which shows how optimistic some investors are! “

Ethereum’s gains over the past few months have significantly outperformed it. The outbreak surge is tied to the growing number of developers building decentralized finance, or “DeFi”, applications on its blockchain platform, as well as a growing institutional interest in crypto as a market.

Blockchain enthusiast and tokenomics expert Eloisa Marchesoni said: “As long as the memory lasts, the crypto markets have always been tied to“ grandfather ”Bitcoin. Wherever Bitcoin went, the markets followed. Alternative crypto assets have always been subjective in their value; Crypto could only exist and flourish like Bitcoin. There was no sovereignty within the digital economy. This is known as the great crypto coupling. This means that the capacity of the market and its constituent actors (the different variations of cryptos) are determined by the framework and capacities of what the market is tied to. “

Marchesoni says that today with Ethereum and DeFi we have finally removed the limits and created a runway for value creation because every crypto is now sovereign in terms of its viability.

“There are no limits to the real growth potential of any independent cryptocurrency. It should be noted that the well-being of one crypto is not subjective to another crypto, there is the potential for radical price deviations – this is of course a super healthy thing for the prospect of a digital economy. “

What is driving the interest and rise of Ethereum?

At this point, Ethereum arguably has more potential for more real world applications, resulting in a wider ecosystem than Bitcoin. Many DeFi applications are currently being built such as Uniswap, MakerDAO, and Chainlink to name a few, as well as support for Smart Contracts and NFTs. Granted, part of Ethereum’s success can be attributed to Bitcoin and the interest in crypto assets it created. With far more activity and increasing user numbers for Ethereum, thanks to the number of applications based on it.

“I assume that this will increase the overall value of the network and, in turn, the price of ether could rise faster. In fact, this all-time high for Ethereum is currently triggering discussions about the “decoupling” of BTC and ETH, ”added Marchesoni.

Can BTC and ETH coexist?

The market will have to wait and see what the real impact the ongoing Ethereum upgrades could have on its local currency as the final phase of the process is expected to be completed in 2023. But a major upgrade to the network that underpins Ether could cause its price to move on its own fundamentals rather than just following Bitcoin’s price.

“The heart of ETH 2.0, which makes the overall system possible, is Ether. ETH will not only be Ethereum’s native store of value and fuel for transactions, but also Ethereum’s ultimate source of security through its role in the proof-of-stake system, ”concluded Marchesoni.

Anthony Scaramucci’s Bitcoin and the ability to replace gold