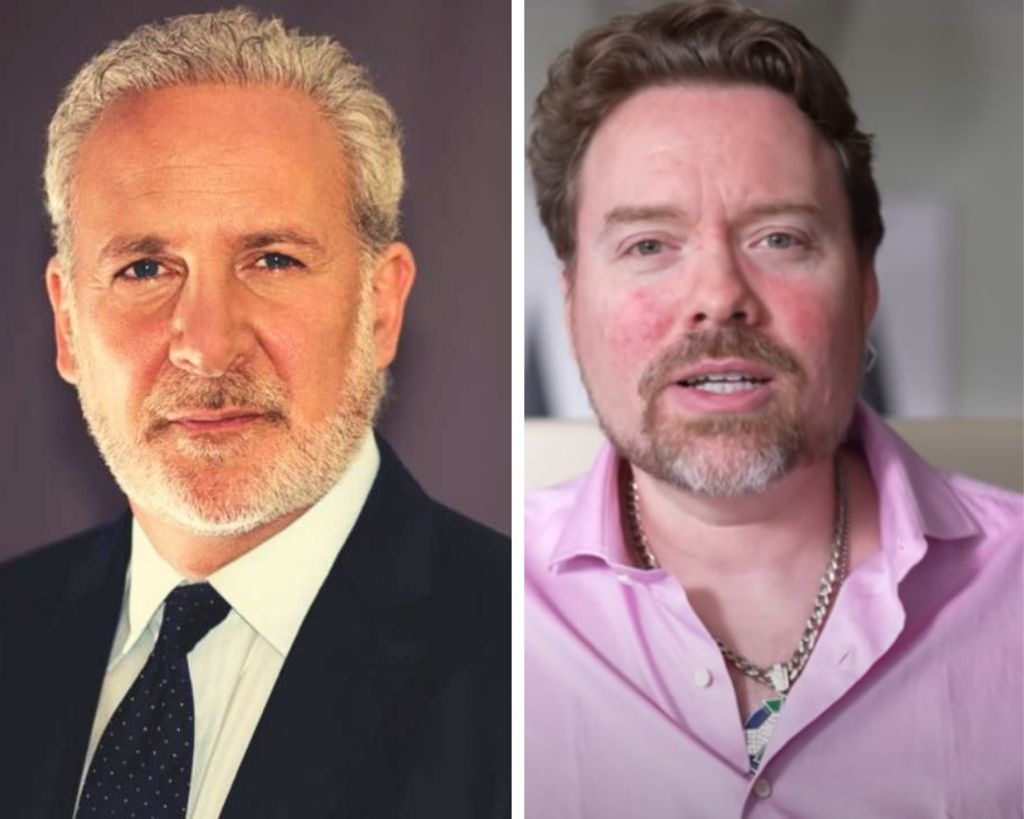 Covid variants get better when traveling by air, suggests a new study

Peter Schiff, a chief economist, global strategist and CEO of Euro Pacific Capital, has come under fire for saying “Bitcoin has no intrinsic value” before accepting the challenge from billionaire crypto magnate Mike Novogratz to tell him about the subject to discuss that cryptocurrencies do not produce any intrinsic value consumer goods and anyway not stimulate the economy, but only runs from speculation as steam.

Mike Novogratz had appeared on CNBC speaking highly of Bitcoin and other cryptos and issued a challenge that he “would debate someone about the intrinsic value of Bitcoin at any time.” He doesn’t need “ a lot of time ” to debunk Mike’s theories, “ since Bitcoin has no intrinsic value to discuss ”.

Peter, who has had a solid decade of career in the stock market and commodity gold trading, doesn’t believe cryptos are useful and called CNBC’s coverage of Mike a “paid marketing platform.”

Peter tweeted that “#Bitcoin is nothing special” and “Altcoins will keep growing until the crypto bubble bursts” and predicts that “prices will implode almost overnight”.

In a tweet that accepted Mike’s invitation to debate Bitcoin, Peter said, “During the @CNBC #bitcoin pump this morning, @novogratz issued a challenge that he would use to debate the intrinsic worth of Bitcoin at any time. I officially accept his challenge. Who moderates voluntarily? It won’t be long as Bitcoin has no intrinsic value to discuss. ”

However, Peter’s remark against Bitcoin and other cryptocurrencies has stirred up many springs in the market and HEX-Coin founder Richard Heart, who supports the crypto market through thick and thin, found it hard to see Peter calling him a “financial terrorist” and saying that everyone who has followed Peter’s financial advice over the years, has been “massively damaged” with losses.

Richard Heart slammed Peter Schiff, saying, “How about I slap you intellectually into every medium you have to confront me? Hell, you can even bring some support and involve them if your tears get too thick. You are a financial terrorist and everyone who followed you has been massively harmed by you. Plebeians. ”

However, one user asked Heart to calm himself down with his responses and harsh words like these are not the way to go as Peter is only asking for a debate with Mike and this is how financial talks between the two markets need to work.

“The aggressiveness in this post tells me that you didn’t really want to argue. Everyone knows that if you do so, Peter will not accept your offer. Why not just be polite. Gold is not terrorism. It’s no different from the watches you buy, ” Heart responded for, “ I’ve tried the nice way for a couple of years, time to mix it up.

Also recently, the CEO of Factor LLC, Peter Brandt, publicly apologized for speaking badly about the crypto market after realizing that thousands of ordinary people were making millions in a short period of time by investing in alt-coins during its inception deserved.

Brandt indicated that the new financial market will slowly but surely take over the old financial establishment and that career stockbrokers will have to give way to the new instead of fighting it at every turn.

In NYC for the CoinGeek conference? Attend the Bitcoin SV Meetup in New York City