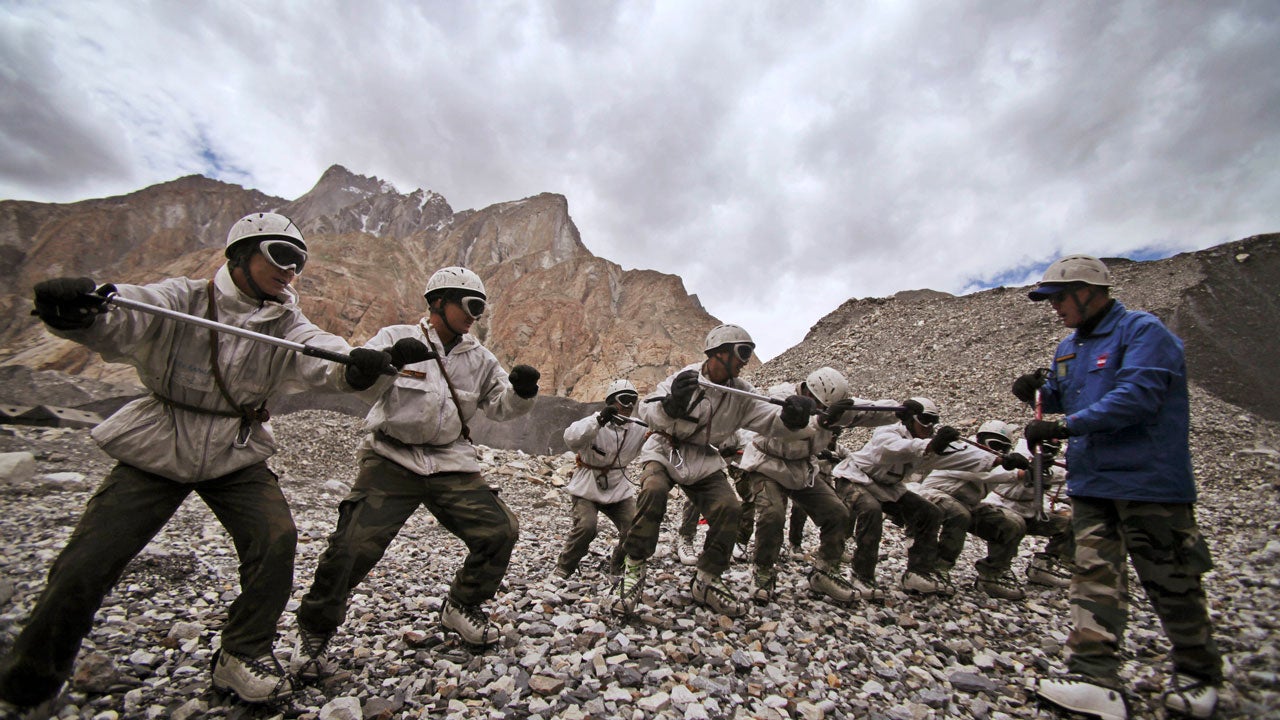 In this file photo from July 19, 2011, Indian army soldiers are completing a training session at Siachen base camp in Kashmir, India on the border with Pakistan.

At least six people died when an avalanche hit an Indian army post on a Himalayan glacier in the disputed Kashmir region on Monday.

The avalanche hit the northern part of the Siachen Glacier at an altitude of about 18,000 feet. Army spokesman Lt. Col. Abhinav Navneet said the rescuers pulled six soldiers and two porters out of the snow.

The victims were flown to a military hospital where four of the soldiers and both porters died, Navneet said. Treatment of the two surviving soldiers has not yet been completed, he added.

(MORE: Mudslides and avalanches are deadly in Austria)

The glacier is located on the northern tip of the divided region of Kashmir claimed by India and Pakistan in an area known as the highest battlefield in the world.

In the two countries, troops have been stationed at altitudes of up to 21,982 feet since 1984.

There have been intermittent skirmishes since then, but more soldiers have died from inclement weather than from fighting.

In 2017, at least 20 Indian soldiers were killed in three avalanches. In 2012, an avalanche in Pakistani-controlled Kashmir killed 140 people, including 129 Pakistani soldiers.

Since there is no pricing law for Bitcoin, Japan’s FSA is debating restrictions on leverage – Bitcoin News Finance

Aussies willing to get paid partially in Bitcoin: Finder