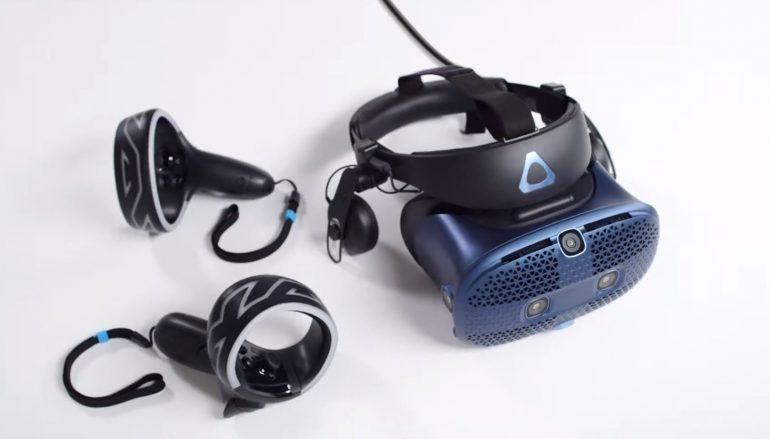 HTC Vive anniversaries were usually big and pompous affairs with lots of discounts as well as promotional offers. This year, with the COVID-19 raging across the world, the event was a bit muted, but HTC has still offered a deal in the form of a Vive Cosmos Wireless Bundle that includes the Vive Cosmos headset and a wireless adapter for a Price of $ 799. The offer is only valid until Wednesday, April 8, 2020.

This translates into a $ 248 savings over purchasing the Vive Cosmos headset and separate wireless adapter, which typically costs $ 1047. This offer runs until the end of April 8th. The offer is only available for a limited time in the United States.

The bundle is limited to the US only and is not available on other country portals that sell Vive products, such as Canada, UK and Australia. It is only the US website that is currently recognizing the Vive anniversary date.

With the recent release of a Vive Cosmos line, HTC has made an effort to revamp its Cosmos to try to catch up with its main competitors, the Oculus Rift S and Valve Index, who stole the show in 2019. These headsets are currently sold out because they are facing supply problems due to the current coronavirus pandemic.

Both the Valve Index and Rift S headsets don’t have a wireless adapter, but Valve is working on integrating one while Facebook is reportedly working on a wireless version of its Oculus Link connection for Oculus Quest.

HTC’s standard Vive Cosmos virtual reality headset is still in stock through its official website, while the new Vive Cosmos Elite Kit is available through SteamVR Tracking. This week, pre-orders for the Vive Cosmos Elite (headset only) go live and the launch is scheduled for the end of April.

HTC has planned a large selection of virtual reality hardware for this year thanks to the modular, detachable front panel of its headset range. HTC’s developer-focused Vive Cosmos XR headset, designed for mixed reality, is slated to hit the market in the second quarter of 2020.

Then there is the Vive Cosmos Play, the “baby option” in the lineup. The Cosmos Play is a stripped-down version that comes with four inside-out tracking cameras and has no external headphones. The headset is already available on the website, although the listing does not include the price and release window.

All Vive Cosmos hardware has core specifications that include a high resolution of 2880 x 1700 (1440 x 1700 per eye) via an LCD display. The hinged front of the headset allows the wearer to easily get in and out of virtual reality. The headsets also have 6DoF motion controllers.

You can have a wireless PC VR experience through virtual desktop software on Oculus Quest. This configuration results in significant compression of data which results in higher latency that can make the wearer sick. Since the data is transmitted over a normal Wi-Fi network, this can lead to network problems if the router is far away or if the network is too congested. This can also lead to nausea in the VR experience.

The Cosmos headset lineup offers a much greater range for controller tracking than the Oculus Quest due to its high-resolution side cameras as well as its built-in headphones. The Cosmos headset offers most wearers more comfort than the front-heavy Quest headset.

Oculus Quest is a standalone headset that will suit many users. HTC and Qualcomm have toyed with the idea of ​​combining the Cosmos with the smartphone, although the concept has not yet seen the light of day.

Currently, the Cosmos headset is the only consumer-facing virtual reality hardware that has a wireless adapter. The wireless functionality allows users to enjoy immersive experiences without the inconvenience of a tethered cable, an issue for many PC VR users.

The wireless capability might just be the feature that would push PC gamers into SteamVR, and the Cosmos headset might be one of the best options. The wireless adapter is aimed at advanced users and requires the user to install a card into the PCIe slot on their desktop PC. If you’re comfortable with this functionality and have $ 800 left, you can get yourself the Vive Cosmos Wireless Bundle by Wednesday.

Bitcoin is the ultimate paradigm shift

Various Artists – Door to the Cosmos – News, Reviews, Features and…