I lost £ 2,000 of my lockdown savings investing in Dogecoin 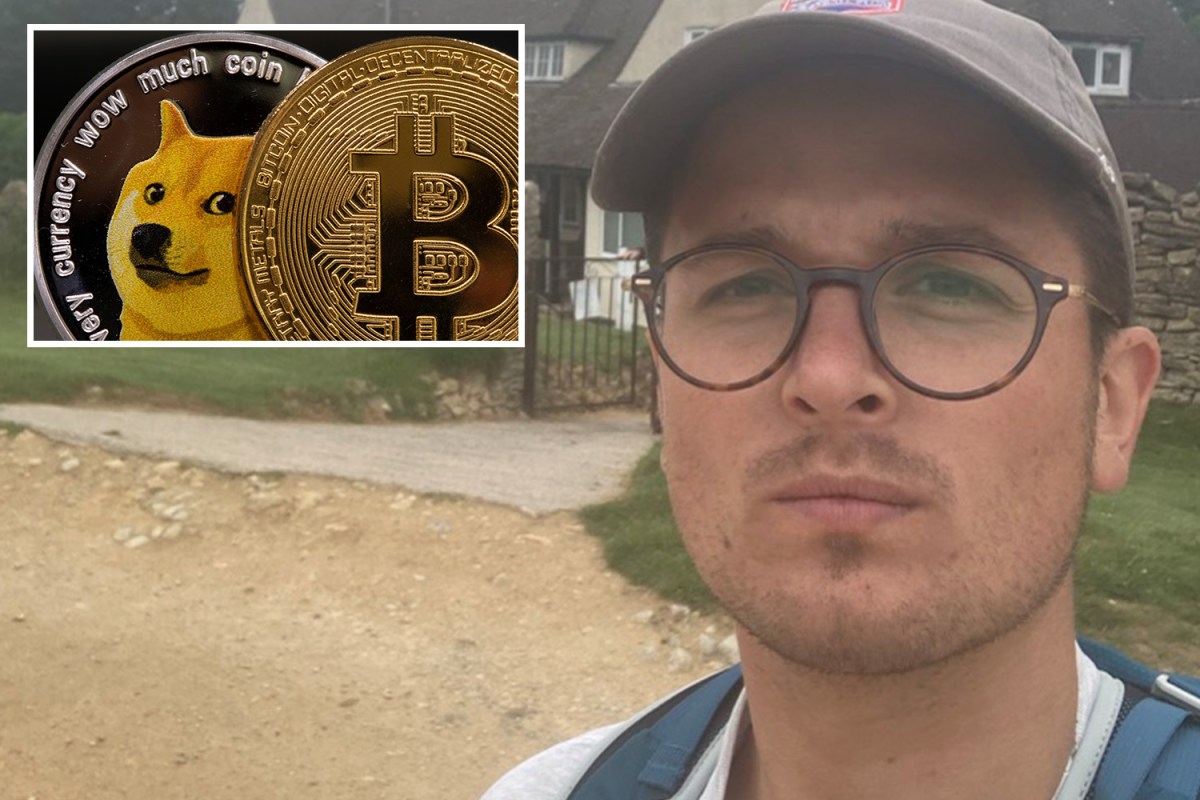 After seeing a buddy make a decent return on investing in cryptocurrency, Frank Bird decided to try his luck as well.

The 27-year-old sat on £ 2,000 saved during the coronavirus lockdown and bought Dogecoin when the price skyrocketed earlier this year.

But the prices of cryptocurrencies can go down as well as up, and their value can drop extremely quickly and by a large amount.

The UK’s financial regulator has warned that people risk losing all of their money by investing in Bitcoin and other cryptocurrencies – and that is exactly what happened to Mr Bird.

The price of Dogecoin has gone down since it was invested.

He will have to lose almost all of the money he wagered if he withdraws it at the current price.

That means all of the money he saved during the lockdown is tied up in Dogecoin in the hopes that the price will go up again.

The London insurance manager told The Sun, “I was advised by a friend to invest in Dogecoin and there was a lot about it on social media too, so it seemed like a good idea.

“I thought I could make a quick profit by depositing my lockdown savings in the first week of May and then withdrawing after a week or two.

“But the price went down almost immediately, which made it impossible for me to withdraw the money without losing.

“The money is still in Dogecoin and I’m closely tracking the price, but I can’t touch this money now and may need to reduce my losses – it crashed again last week – which is frustrating.”

But the cryptocurrency has fallen 72% in price since the all-time high and is currently worth $ 0.239.

Other cryptocurrencies like Bitcoin also fell from record highs earlier this year.

“I’ve seen a friend make a lot of money. They invested a lot and it seemed to go up all the time. But obviously I bought at the top,” said Mr. Bird.

Dogecoin originally started out as a joke, but it grew in popularity and received support from famous faces like Elon Musk.

The entrepreneur behind Tesla tweets regularly about Dogecoin, which often drives up the price and has earned him the nickname Dogefather.

While Mr. Bird wasn’t swayed into investing because of Mr. Musk, he was pleased when the tech guru tweeted, “I knew it would affect the price!”

Mr. Bird was inspired by Glauber Contessoto, an amateur investor from Los Angeles who has made millions investing in Dogecoin, which has earned him the nickname Dogefather and “Slumdoge Millionaire” alongside Mr. Musk.

How to start investing

INVESTING is really only suitable if you are financially secure. That means you have no problem debts and can put some savings away.

You should only ever invest money that you can afford to lose and that you have committed over a longer period of time. Here are six top tips to get started investing from Andrey Dobrynin at InvestEngine.

Do you have a specific goal in mind, such as a deposit for a house or a retirement benefit? Or do you want to increase your savings as much as possible? Working out your investment goal is a great way to start your investment journey and have some discipline to stay on course – especially when the equity markets get rocky.

Don’t be a fashion victim!

Don’t get carried away by investment novelties and fads – investment craze comes and goes, and by the time you’re on board you may have already made big profits. Are you wondering if you really believe that the latest “opportunity” for investment will continue to exist, or is it a bubble waiting to burst?

High-risk assets can crash just as quickly as they rise – could you absorb significant losses in a very short time? Would worrying about great losses keep you from sleeping at night? Invest at a level of risk that you are comfortable with.

Spread your bets – it can make sense to invest some of your money in volatile stocks and assets, but balance this with more traditional investments. Diversifying your investments will help reduce risk and generate smooth returns – you are not overweight if a single position collapses, nor are you dependent on just one stock or investment doing well.

The reality is that the short term stock markets are pretty likely to go down as well as up. But with a properly diversified portfolio, the longer you invest, the greater the chance of overall winning – and outperforming cash returns. Because of this, investing should be viewed as a long game.

Don’t be a DIY disaster!

Many investors like the challenge and excitement they get from DIY investing, but it’s not for everyone. Having a professional investment manager to build and maintain your portfolio can be a great way to control your investment emotions – whether you’re getting swept up in the latest investment maneuver or panicking and selling in falling markets to crystallize your losses.

He said Mr. Contessoto, who has tens of thousands of followers on Twitter and a similar number of YouTube subscribers, helped Dogecoin be accessible but admits “I still don’t get it”.

Young people are more likely to think investing is the best way to increase their savings, according to research from investment platform InvestEngine.

Lockdown boredom, new investment apps like Robinhood that make buying and selling easier than ever, and rising prices in the crypto market have sparked a growing interest in investing among young people.

The FCA warned in March that young investors are making high-risk investments like cryptocurrencies, but most are unlikely to process large losses.

Research by the regulator found that more than two-thirds of respondents said a significant investment loss would have a profound impact on their lifestyle now and in the future.

InvestEngine’s Managing Director Andrey Dobrynin said, “When it looks like everyone around you is benefiting from a trend, assets like these can lure investors – especially inexperienced investors – into a false sense of security.

“For all winners of the novel ‘casino approach’ to investing, there are also losers – and many. Most of the time it is amateurs who do not yet understand the basics of investing. “

It’s not the first time Mr. Bird has tried his luck at investing in cryptocurrency.

He put around £ 400 in another cryptocurrency called Ripple a few years ago when the price was rising.

But the previous cryptocurrency boom in 2018 went broke for the amateur investor too, and he ended up raking in just £ 50.

“I ended up selling at a loss. It was a good introduction to cryptocurrency volatility and didn’t taste good in your mouth,” he said.

Before Mr Bird was tempted to invest in crypto again in the recent boom – and got burned a second time – Mr Bird also started investing “properly”, he said.

That included investing cash in stocks and shares of renewable energy companies, an area he was more familiar with in the shipping industry.

He did this through a stock ISA with Hargreaves Lansdown, a well-known investment platform.

Investing in stocks and shares is still a risky business as you can still lose money, but it is less risky than cryptocurrencies because the stock market is not as volatile.

It is riskier to have cash in a savings account, but long-term investing in the stock market over many years can make your money more than making interest on cash.

Mr Bird told The Sun he regretted investing in Dogecoin, which he bought through a crypto exchange called Binance, which has since been restricted in the UK by the FCA.

He said, “I don’t know much about investing in cryptocurrency. It’s a shot in the dark when you try to ride the crest of a wave that you actually don’t know about. “

He now wishes he had kept the £ 2,000 cash as a savings or used it to pay off part of his student loan.

“A buffer of two grand would have been nice,” he added.

What is the Dogecoin cryptocurrency?

How to Invest in Bitcoin UK

COSMOS price analysis: can the July high be reached again?