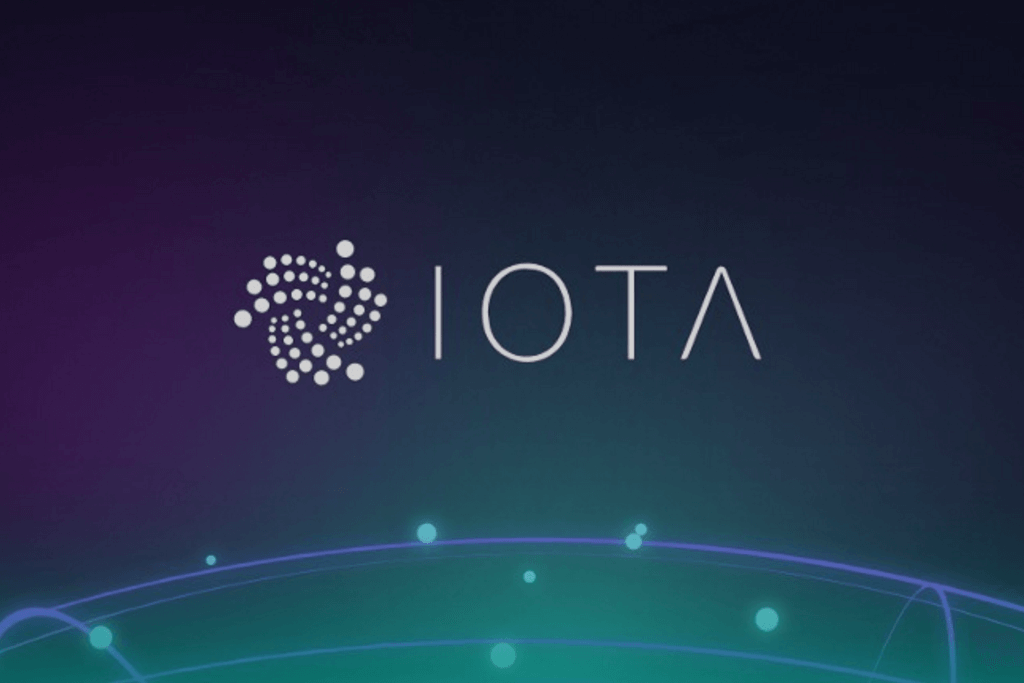 There was an enormous IOTA hype in 2017. Many people wanted to trade with IOTA – but a hard crash landing followed in 2018. The Germany-based cryptocurrency rose in 2017 along with Bitcoin and many other cryptocurrencies. In some cases, IOTA even managed to break the $ 5 mark. At times it was even the fourth most important blockchain currency in the world.

But then – as with so many others – the crash followed. Right now, the IOTA is around $ 0.30. That’s only 30 cents for a token. However, many experts see great potential in cryptocurrency. The prognosis for the token looks good. What is the reason for that? And how high could MIOTA – as the symbol of the cryptocurrency is called – rise in 2019? You can read the IOTA forecast here.

IOTA was developed in 2015 by David Sønstebø, Sergey Ivancheglo, Dominik Schiener and Serguei Popov. The aim of the cryptocurrency is to eliminate blockchain problems such as Bitcoin or Ethereum and to enable transactions between machines. The so-called machine cryptocurrency does not focus on peer-to-peer payments. No, rather one device should pay another for services rendered.

In the Internet of Things in particular, when billions of devices will soon be connected to one another, this technology offers many possible applications. The special thing about IOTA is that there is no blockchain at all. That sounds abstract at first, but it has advantages over other currencies. Schiener, Otherwiseebo, Popov and Ivancheglo rely on distributed ledger technology and the Tangle. And the prognosis is that the tangle could develop better than the blockchain.

Since IOTA already has many partnerships and more are expected for 2019, the experts and forecasts for 2019 are optimistic. The IOTA Foundation is already working with VW, Bosch and Fujitsu. Cooperation with Microsoft could also be in sight soon. The Tangle documents the production steps and supply chains for these companies. In this way, all data from machines and sensors are collected and processed for all participants involved.

The data is visible and can no longer be changed. Bosch and Fujitsu executives also say that they can envision transactions with MIOTA in their company and with their company’s products. That would of course give the course a huge boost again.

But to what value could MIOTA increase in 2019? What does the IOTA forecast say? Can it reach its old high again from December 2017? What should happen?

If you look at the IOTA graph, that is, the price development of the token over time, it becomes clear that the price has fallen sharply. To return to the previous level of $ 5.23, the coin would have to rise by 1632 percent from the current $ 0.302. This is not impossible as the token saw an even bigger surge in 2017. Some experts and websites have predicted that MIOTA could achieve this. However, it is rather questionable whether this will happen in 2019. However, Volkswagen has announced that Tangle technology will be used increasingly this year.

Let’s look at chart technology. Here, card technicians try to make predictions for the future from past prices. But not every goal is forecast correctly. But the brands can be helpful.

But of course, cryptocurrencies won’t be ready in 2019. Anyone who really believes in blockchain technology and individual currencies should invest long-term. Only then should the overall value of a project become visible and really pay off.

There are almost no real predictions for 2020. Some blogs and forums are announcing a price target of $ 10. This seems high at the moment, but it cannot be dismissed entirely. Who would have thought that prices would go through the roof in 2017 and crash again in 2018?
A reliable forecast is therefore not possible. Everything depends on how much the cryptocurrencies and especially IOTA develop. A multiplication of the price seems to be possible in the next few years. So far the prognosis is positive.

Another interesting point is the so-called Bitcoin halving.

The point here is to limit the computing speed of the blockchain. As a result, many parameters change and the prices exceed the caprioles. This halving has occurred several times in the past. Therefore, analysts try to make predictions for the future.

Since currencies like IOTA are currently still heavily dependent on the price development of Bitcoin, a very interesting forecast can be made here: According to this, experts are assuming a Bitcoin price of 333,000 dollars for 2023. Compared to today’s level, the increase would be more than 9200 percent.
Converting this increase into MIOTA results in a price of more than $ 26 for 2023. This is not entirely absurd, as the smaller cryptocurrencies often develop in the same way as their big brother Bitcoin. If you believe in the halving theory, here is your course objective.

Which factors influence the price?

Basically, most cryptocurrencies are still relatively dependent on one another. Bitcoin and Ethereum in particular are pulling the other competitors up or down. If a good prediction is made, the prices of most cryptos will go up. If bad prices are predicted, things go straight in the other direction.

The general news situation is therefore an important factor. However, it can be predicted that cryptocurrencies will diversify in 2019. There will be many projects that will give up. Because they are too bad or should never do anything really good. And there will be those who will reach new heights.

Forks are another major trading reason. In forks in which certain parts of the cryptocurrency are split off to implement new projects, many participants often do not know exactly what will happen. Which new spin-off is being supported? How is the market capitalization shifting? There is often a lot of uncertainty here. Hence, caution should always be exercised when forks are due.

A third important point is crypto ETFs and regulations. For your information: An ETF is a product of the stock exchange. Here many stocks are combined in one product. This enables investors with little money to invest in such a product. A crypto ETF has long been the subject of a battle. There is now one in Switzerland, but only if one is approved in the US and Asia should prices really go up. Then a lot of people will buy the currencies.

Of course, the IOTA price will depend heavily on IOTA’s partnerships and services. It is difficult to predict, but for every new partner the foundation wins, and for every successful test, more people are likely to buy the token. Therefore, everyone interested in the community for cryptocurrencies should follow or even join it. Here’s the big news first.

In principle, anyone who believes in the foundation can invest money in IOTA. This depends on the time horizon and the investment amount. Beginners shouldn’t spend much money at first. You shouldn’t need this money to pay for rent or food.

Just invest money that, in the worst case scenario, you can lose completely. Cryptocurrencies are even riskier than stocks and can sometimes lead to total losses. It is best to invest piece by piece.

If you want to invest around $ 500 in IOTA, buy MIOTA for $ 100 every month. So you distribute the risk and benefit equally from rising and falling prices. When they go up, you earn. When they fall, you can collect the tokens cheaply and then bet on a recovery. In any case, it is very important to bet on a secure IOTA wallet.

The reasons for a successful future are obvious: the Internet of Things will come. Industrial companies such as Bosch, Volkswagen, Fujitsu or Microsoft can use the MIOTA. Siemens and IBM may also work with the machine’s cryptocurrency. There are no reports yet, but it is conceivable. After all, both large companies are heavily involved in the Internet of Things and have a large company headquarters in Germany. The same applies to the foundation.

In addition, technology is ahead of the intricacies of blockchain. The free payment in particular is very tempting here. However, IOTA has yet to show that it can meet the high expectations. However, this is all good for the IOTA forecast. The cryptocurrency is always one of the winners of the future in numerous perspectives.
Things will still be tumultuous for 2019, but the exchange rate could soar to $ 1.25-1.30 this year. Much higher goals are conceivable in 2020 and beyond. The old all-time high of $ 5.23 should also be crackable.
However, investors should always be aware that investments in cryptocurrencies are very volatile. The prices fluctuate a lot. Only money should be used that, in the worst case scenario, can be foregone.

But if you want to be part of the crypto boom, you have to dare a bit. Now is a good time to invest or build your position.
And according to the forecasts, IOTA should have good chances in the future.