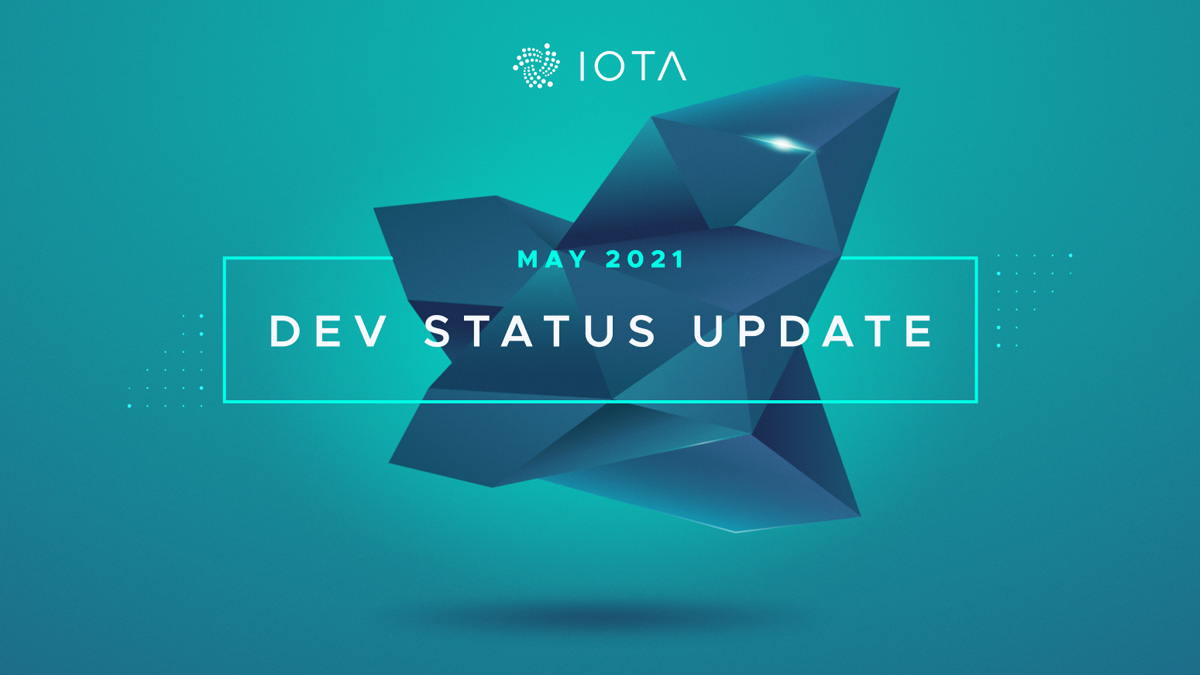 The IOTA dev team published the latest status report on ongoing developments and upcoming upgrades. The new report calls for activities and plans for the coming months in May 2021.

The way to expand the ecosystem

The upgrades and additions to the IOTA blockchain have been enormous and the ecosystem is preparing for even bigger expansions. Chrysalis happened a few days ago, and IOTA has seen the biggest upgrade in its history, but the development in the blockchain projects never stops.

The teams are constantly working to improve the services and find new ways to provide a better experience for users. The IOTA dev team publishes a monthly report to show these activities publicly. The latest update from May 2021 includes various components and services in the IOTA blockchain.

The IOTA Dev team says the Chrysalis launch and migration have shown good signs. About ⅓ of the tokens will now be migrated to the new Chrysalis network.

The following updates are still in progress. One of the most important is adding ledger support to the new Firefly wallet. Also, the team is now more focused on preparing Coordicide. This means that the IOTA blockchain is rapidly moving towards the all-new version.

Two new versions of the pollen test net were published in May 2021. The IOTA dev team is currently working on the latest updates to get Nectar ready for release. In addition, Bee and Hornet are undergoing intensive development in order to be better prepared for the upcoming updates.

Adding smart contract support to IOTA is one of the essential activities in the latest updates. According to the report::

“The team released the first major version of smart contracts in early March. Since then, we’ve put a lot of emphasis on redesigning the integration to reflect the latest changes in Pollen and adding new output types to support Layer 1 ISCP. We are also working on EVM integration to the extent of valid execution of Solidity smart contracts. Another big topic is implementing another asynchronous consensus mechanism in the Wasp node software. “

As mentioned above, many parts of the IOTA blockchain are undergoing significant development and updating. New products like IOTA Identity launched earlier this week also need to be improved and updated. In the end, the monthly report shows that IOTA is not slowing down and that developers are very serious about expanding the ecosystem.

Stellar Quietly Burned 2.2B XLM after inflation bug in 2017

A classic case of “buy the rumor, sell the news,” says Weiss Ratings