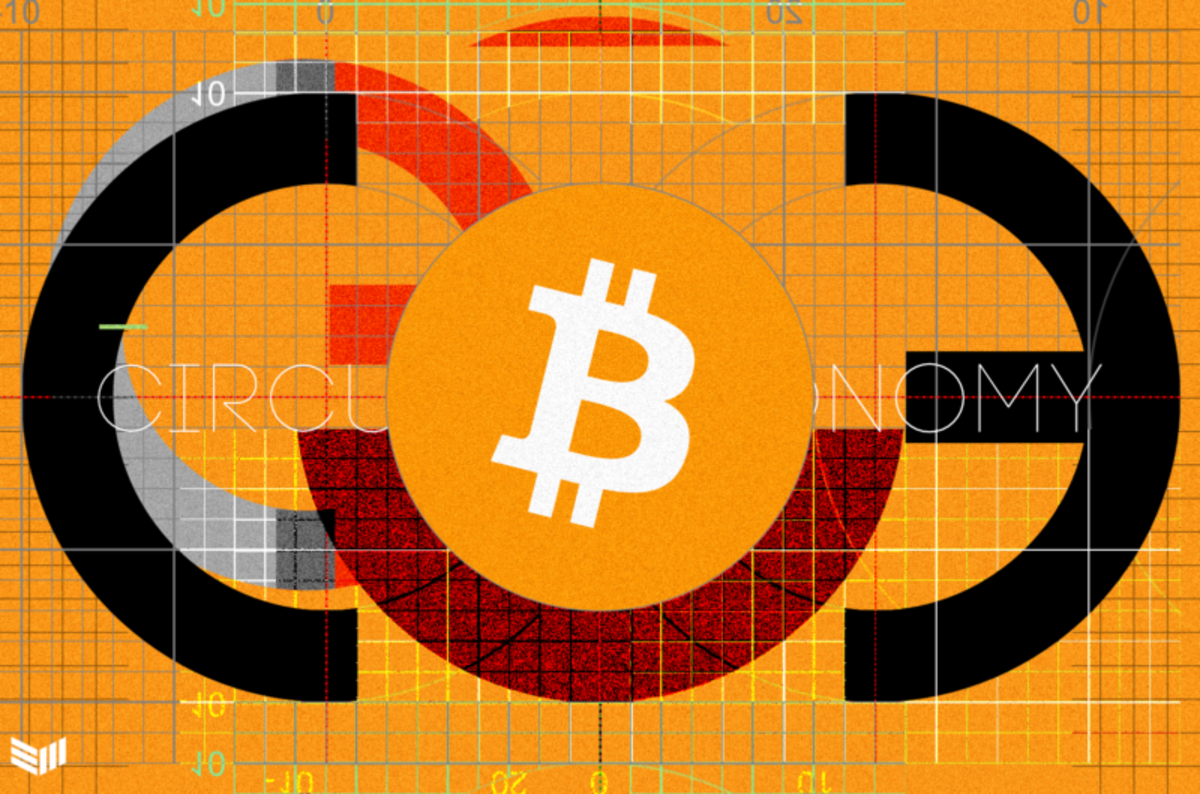 Manufacturers of 3D printed weapons operate according to the motto: “Free men do not ask for permission.” They are not asking the state for permission to carry weapons. They don’t rely on gun manufacturers to make a gun they would like to see developed. 3D gun printing works in parallel and outside of the old model of regulated manufacturers who produce compliant and serialized guns that can only be purchased from third-party suppliers through licensed gun dealers after a state background check.

A “Bitcoin circular economy” runs on the same principle. Free men do not ask for permission to do business with one another or rely on the old third-party financial institutions to work with government agencies.

In this article, I’ll define the Bitcoin Circular Economy, provide examples, describe its benefits, and offer advice on how to get started.

Definition of the bitcoin circular economy

The title of the Bitcoin whitepaper is “A Peer-to-Peer E-Cash System”. The “system” is an economy made up of peers on a network who trade Bitcoin with each other. You acquire Bitcoin by earning it or by receiving it through donations.

“Circular” is a little redundant. However, it is helpful to describe Bitcoin economies in which participants often trade with one another, rather than describing the entirety of all Bitcoin transactions on the P2P network.

One misconception about Bitcoin economies is that they are all or nothing.

“Internet trading relies almost entirely on financial institutions acting as trusted third parties to process electronic payments. While the system works well enough for most transactions, it still suffers from the inherent weaknesses of the trust-based model. “

A second misconception about the Bitcoin economy is that it is mutually exclusive from HODLing. You can earn Bitcoin and HODL it. You can take and replace expenses from your HODL. Don’t get caught up in binary thinking.

Example of the Bitcoin circular economy

The center of 3D gun printing is a collective called Deterrence Dispensed with over 18,100 members. Let’s see how Bitcoin circulates in this community.

Shortly after a 3D printed Glock design came out, Deterrence Dispensed member “Spooky Rails” began making and selling aluminum rails that added durability to the Glock. He only accepted Bitcoin because Spooky Rails didn’t want to know or document the true identity of its customers. And he wanted to protect his own identity. From the bitcoin he earned, Spooky Rails likely contributed one of the five Deterrence Dispensed Bitcoin bounties to come up with new designs.

In September my company Guns N ‘Bitcoin held a conference called Bear Arms N’ Bitcoin, where we held a silent auction. The proceeds were donated to Deterrence Dispensed in Bitcoin. Perhaps the 3D gun award winner bought one of the auction items.

Benefits of the Bitcoin circular economy

Bitcoin is the separation of money and identity.

National state money is the combination of money and identity. Your credit cards, checking account, and PayPal account start with your identity. Your name, your home address, your social security number, your e-mail address, your telephone number and much more. This has three tyrannical consequences for economies.

First, the state and third parties can censor the trade before it takes place. If you try to open an account with Visa using the identity of Gab founder Andrew Torba or his wife, you will be denied access to their services. Torba and his wife cannot use these services to participate in the social media economy.

Second, the state and third parties can censor future trade. With third parties, you are your transactions. Third-party services record every transaction you make. They oversee your trading and if you buy or sell something they disagree with, they mark your identity as non-grata. They forbid you to trade in the future. In this way, the state and third parties have censored entire economies of thousands of companies and millions of people before they can even form.

In contrast, a Bitcoin economy is not tied to identity. Perhaps this is Bitcoin’s most underrated application, and why Bitcoin has become the money of choice for trading 3D gun prints. A Bitcoin economy is a censorship-free economy.

Another benefit of participating in a Bitcoin economy is that you can acquire Bitcoin without using third-party KYC / AML compatible services. These services are the problem that Bitcoin should solve. As Nick Szabo said, “Trusted third parties are security flaws.” With third-party KYC / AML-compliant services, the state can largely monitor, censor, and collect tax revenues from Bitcoin users. Bitcoin that you earn or receive as a donation is bitcoin that you didn’t have to buy on a third-party exchange. The more people purchase Bitcoin through trade or donations, the less necessary the KYC / AML services become, making Bitcoin less vulnerable and more robust.

When you participate in a bitcoin economy, you build relationships with people who value peer-to-peer bitcoin. You can trade Bitcoin with them instead of buying and selling on third-party KYC / AML compliant exchanges.

You Can Participate in a Bitcoin Economy Today! The easiest way for most people is to use Bitcoin as a payment method. Those who do their best to use the bitcoin they have earned as a payment method. You certainly don’t have to use Bitcoin with them all the time. You can use bitcoin with companies that accept bitcoin but convert it to fiat instantly. But do spend some bitcoin sometimes.

You can earn bitcoin too! Start a side gig. Ask for donations either via BTCPay Server or a Samurai PayNym. Sell ​​items on Craigslist for Bitcoin or get paid for with Bitcoin on your current job.

Take part in peer-to-peer trading. Ask a friend to buy or sell you bitcoin. Try $ 20. Do it as a fun exercise and experiment.

In a circular Bitcoin economy, trading thrives without surveillance, censorship, or third-party dependence. Anyone can participate by making, spending, donating, and buying Bitcoin from those who do the same. A bitcoin economy runs alongside and in parallel with the central bank fiat economy.

Bitcoin trading is an example of Bitcoin.