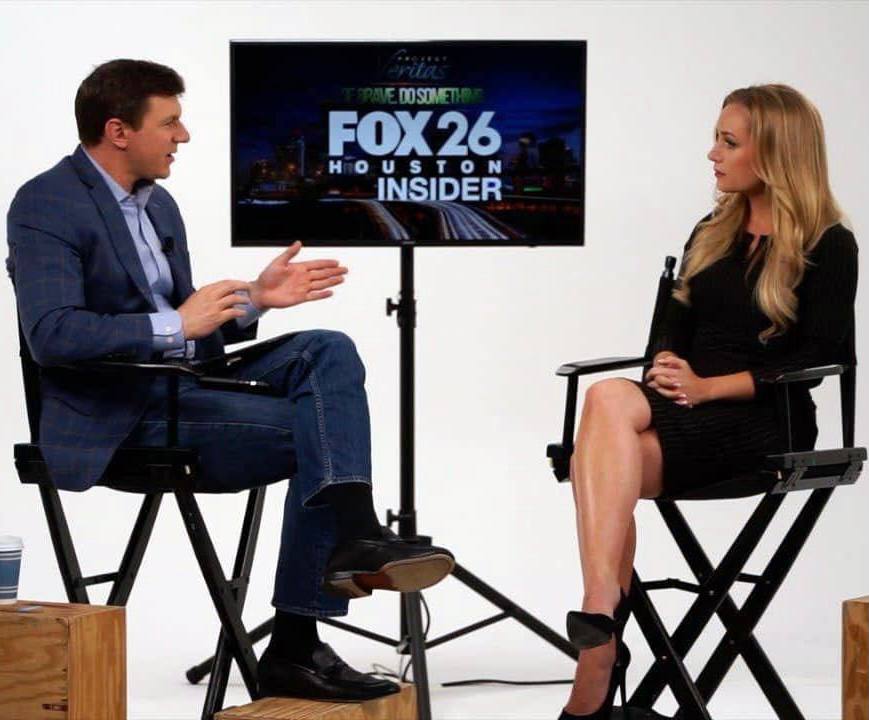 Houston TV reporter Ivory Hecker posted a secretly taped video Tuesday which she believed proves that her broadcaster Fox 26 KRIV censored her on racial issues and stories in which doctors promote the use of hydroxychloroquine to treat COVID-19 .

The video was published by James O’Keefe and his Veritas project, which often secretly records media managers saying things that O’Keefe says have a conservative bias.

“It’s unspoken, but if you accidentally step out of the narrative, if you don’t sense what that narrative is and continue with it, there will be big ramifications for you,” Hecker tells O’Keefe. “My newsroom groups everyone into racial groups.”

“I’ve passed Bitcoin stories on … Bitcoin for a poor African American audience of 5 probably won’t play it. That’s a decision I’m making. An editorial choice,” Meier says in the video.

In one story, Hecker says she was sent to a hospital to find out how COVID-19 is being treated and Dr. Joseph Varon, chief of intensive care at United Memorial Medical Center, acknowledges his use of hydroxychloroquine.

“We used it. I mean, we know it’s a drug that was politicized up to the Wazoo. We used it. We use it with good success,” he says to Hecker.

“You have to stop posting about hydroxychloroquine,” says KRIV Vice President and News Director Susan Schiller in the Hecker video. “In my opinion, you failed as a reporter.”

Schiller points to a study in the New England Journal of Medicine that denigrates hydroxychloroquine, and Hecker replies that she read it and that she found the statements of doctors who use it to be more newsworthy, not less than newsworthy.

A Project Veritas reporter is also seen confronting Fox 26 photographer David Lanier and asking, “How come you guys are the all-vaccine, all-time channel?”

“We’re hiring producers to write the show who are straight out of college,” Lanier says. “They only vomit what is fed to them.”

The video also shows other KRIV employees complaining that the broadcaster is promoting COVID-19 vaccine stories but not allowing stories about potential side effects and that advertisers have influence over editorial content.

In a very unusual move, Hecker announced on the air on Monday that she had the footage and shared it with Project Veritas, which she released on Tuesday along with a video interview with O’Keefe.

“I want you, the viewers, to know that Fox Corp muzzled me to hide certain information from you, the viewer,” said Hecker on Monday. “And after all I collect, I’m not the only reporter exposed to it. I’m going to be putting out some footage of what’s going on behind the scenes at Fox because it applies to you, the viewers.”

Hecker told Newsweek Monday that her argument with Fox “took a dark turn” last August after interviewing an unspecified person and that months later she was told to keep quiet about the “censorship” rejection.

“They decided that they didn’t like what the interviewee had said and continued to harass and defame me internally,” said Hecker. “I knew I wasn’t working for a journalistic organization when I was called to a staff meeting in December and was told to keep my support for freedom of expression and opposition to censorship to myself – these are not matters that are publicly about should be spoken of. “

Fox’s local news channels are separate from the Fox News Channel, but owned by the same parent company, Fox Corporation, which did not respond to a request for comment, despite Hecker reportedly being fired as a whistleblower for her stunt on The Daily Beast.

“FOX 26 adheres to the highest editorial standards for accuracy and impartiality. This incident involves nothing more than a disgruntled former employee seeking publicity by promoting a false narrative generated through selective editing and misrepresentation, ”a KRIV spokesman told Newsweek.

Hecker is also following up on the parent company when it says in the video: “Fox got my throat for resisting the censorship. Fox Corp. puts corporate interests above the interests of viewers and therefore acts in a fraudulent manner.”

O’Keefe and Project Veritas are routinely criticized by activists who claim they are deceptively editing and picking audio and video that suggest a liberal bias in the media, although O’Keefe also often releases hours of unedited footage to tone down criticism and let the audience judge their claims for themselves.

In April, O’Keefe sued Twitter, which he alleged falsely accused of creating fake accounts. Also in April, O’Keefe posted a video identifying as a CNN agent Charlie Chester, who accused the network of bias against former President Donald Trump and in favor of Black Lives Matter protesters.

That same month, O’Keefe sued CNN for defamation over reports that he had been banned from Twitter for spreading “misinformation”, while Twitter said it banned him for violating its private information disclosure policy.