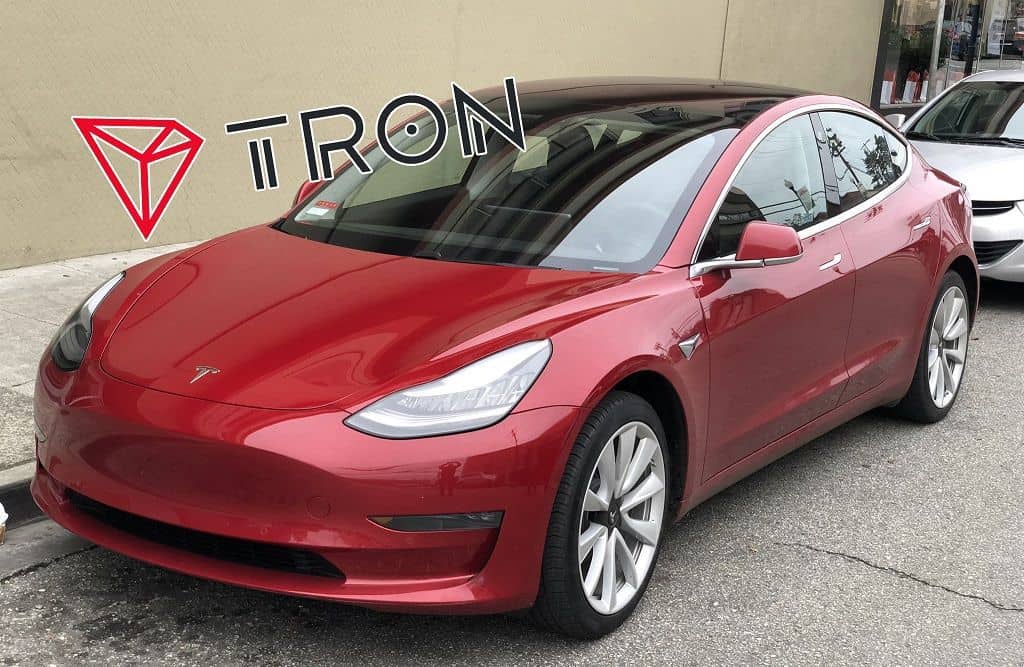 Tron CEO Justin Sun did a ton of negative publicity after announcing a contest to win a Tesla car and then refusing to keep the promise.

Justin Sun is currently facing massive criticism after mistreating a competition he started on Twitter that promised the winner a free Tesla. The winner had already been announced when Sun announced it was rejecting the deal – many criticized Sun for it, accusing it of cheating.

The competition, which was billed as part of a Global Appreciation Campaign to celebrate the success of BitTorrent, Tether and Tron, was easy enough to enter. All you had to do was follow Sun on Twitter and retweet his post announcing the giveaway. In the Post, Sun announced that he would be throwing $ 20 million off the air – although it wasn’t really clear what form that would be in – and giving away a Tesla.

Subsequently, however, it appears that Sun has removed the original tweet announcing the winner.

In the wake of this announcement, some strange details have come to light that call into question the legitimacy of this competition as a whole.

Crypto analyst John Galt posted a number of tweets explaining some suspicious attributes of the whole drawing process. The draws were conducted live via a feed on the Tron Foundation’s official Twitter account. After looking at the IP hashes of the winners’ accounts, Galt found that the first winner drawn was actually a bot account. The following 88 other drawn winners were drawn anonymously, but Galt states that the timestamps and IP hashes show that they were actually the same person.

Oddly enough, during the video of the draw, strangely enough, the profile of Twitter user Uziel Garcia, who uses the Twitter handle @uzgaroth, is displayed for a split second before the actual draw has taken place. Sun attributes this to a file compression problem that occurred during the upload. Garcia was later announced as the winner of the Tesla in a post that later disappeared.

After announcing the win from Mexico’s Garcia, Sun contacted him and asked for his details so that he could receive his award. However, Garcia later heard nothing and the tweet announcing him as the winner was removed by Sun. Suspicious of what was going on, Garcia publicly tweeted asking his followers if they believed he was being betrayed.

“I was officially the winner as he mentioned there was no problem with the video and then they just drew another one and forgot about me. Do you think @justinsuntron and @Tronfoundation are cheating on me?”

Ben Miller, an analyst at Shark CIA, a cryptocurrency intelligence and research agency, told Bloomberg that these raise some serious questions about the legitimacy of all of the competition.

“In order to delete the first draw video and the announcement of the winners, please do not make a statement. Then, under the guise of transparency, run another draw with new rules, a misrepresentation of the number of Twitter approved participants and a new draw page that does not keep a record of the actual draw terms – this is questionable. “

Renege on the Renege

Initially, Sun ignored any negative comments Twitter threw at him from observers and deleted any tweets mentioning @uzgaroth. Presumably, however, he bowed to the pressure of the Internet and made a statement in which he described the situation as “unfortunate” and instead offered Garcia free tickets to the next niTRON summit in 2020.

However, I acknowledge that this is an unfortunate situation and I would like to extend a warm welcome to the next #niTROn summit in 2020, including a fully paid round-trip ticket to the venue. We are very grateful for your continued support. #TRON

The internet, of course, wasn’t impressed. After the amount of negative publicity this whole debacle has accumulated over the past few days, Bloomberg says Justin Sun has once again pledged to actually give Garcia and another Vietnam Tesla winner. According to the Sun, this is intended to create “transparency”.

Whatever is going on here, there is clearly something fishy and Sun clearly just damaged its brand and made itself look like an idiot. It’s ironic in this story that the creator of the eleventh largest coin by market cap should exemplify a use case for blockchain so perfectly – if you can’t trust the people you do business with, blockchain can be an indispensable tool for transparency.

Alex has been putting words on paper since he was old enough to hold a pen. When he bought his first Bitcoin in January 2017, these words also discovered their place in crypto. He holds a master’s degree in international relations from the University of Leiden in the Netherlands and his particular expertise lies in European cryptocurrency regulation.

Alex has been putting words on paper since he was old enough to hold a pen. When he bought his first Bitcoin in January 2017, these words also discovered their place in crypto. He holds a master’s degree in international relations from the University of Leiden in the Netherlands and his particular expertise lies in European cryptocurrency regulation. View all posts by Alex Rathod