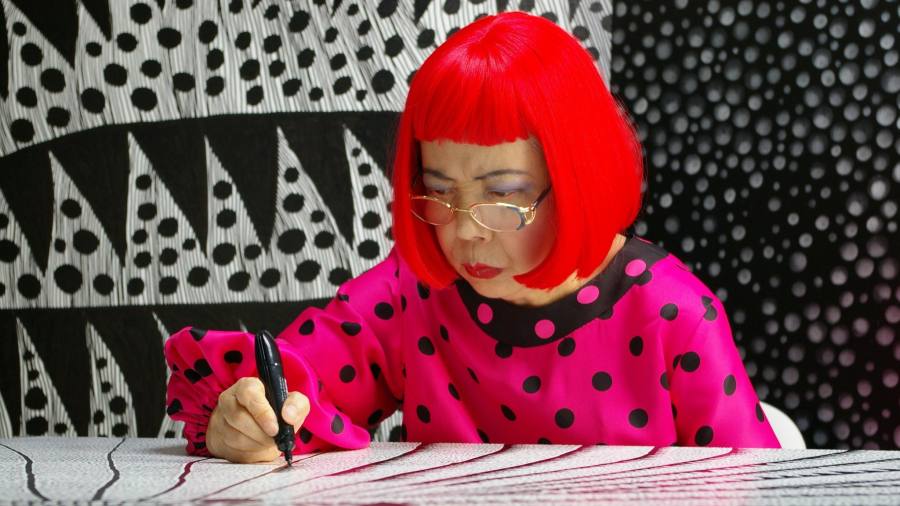 Log in to myFT Daily Digest to be the first to know about Life & Arts news.

Kusama: Infinity by Heather Lenz is a neat, skilful tour through the life and work of the Japanese artist. Both are so spectacular that a documentary artist only has to point the camera and, so to speak, illuminate the blue touchpaper. So many of Yayoi Kusama’s works are like a starry sky or the exploding stars of a rocket. Combine that with the light show properties of the film itself – and retreat to a safe distance.

Kusama has walked from her psychiatric clinic to her studio every day in recent years: Nobody says that artistic genius is easy to win or keep. Decades earlier she was a penniless artist in America, then a “scandal queen” who was adept at organizing male nude performance art and political demos. She rode up and down; she explored vastness and narrowness. She discovered infinity early on and reproduced sea surfaces as boundless “networks” of light and shadow and pastose colors. Then she discovered or discovered something special. Is there anything more beautiful in modern art than the mysterious, detailed, eclectic collages – as Miró became holistic and evocative – of her second Japanese period?

AMC Theaters will accept Bitcoin in 2021