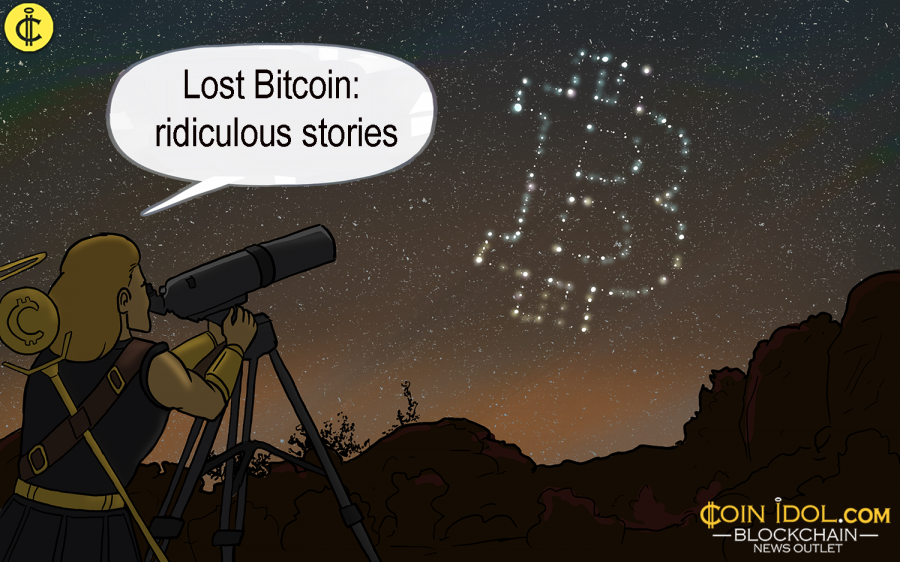 The probability of discovering lost Bitcoin keys tends towards zero. Legends, parables and myths revolve around the positions of the millions of Bitcoin (BTC) that have been lost so far. Unsurpassed, however, is the Bitcoin prosperity of BTC developer Satoshi Nakamoto, which appears to have been ruined forever and for a day. A very brief word on the interests of cryptography. Satoshi certainly took security very seriously.

The cryptocurrency is doing well, but the problem arises when a user loses a private key due to carelessness or negligence. However, it’s that simple and easy. The hash function SHA-256 (Secure Hash Algorithm) is an important tool for security in the BTC system.

BTC mining and the scientific connection between a public key and an address are centered on SHA-256, which makes it seem bombproof. Therefore, key collisions are scientifically enormously improbable. In other words, it is next to impossible to guess a matching or similar private key by accident. Below are the 5 cases of lost Bitcoin. 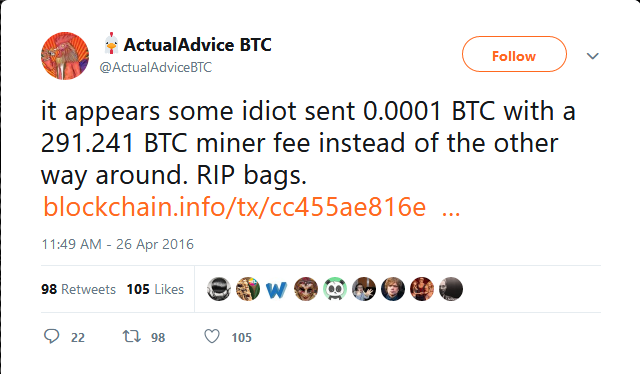 It seems like everything that can go wrong went wrong while sending Bitcoin to an anonymous wallet. The crypto user sent $ 5 worth of BTC and paid fees equivalent to a single-family home for it.

The realization that BTC as a P2P currency focuses on the personal responsibility of the customer. Errors can no longer be undone and rectified.

Wired’s story is ridiculous. The technology magazine devoted real coverage to a story of 13 lost BTC. It says:

“Apparently, in 2013 the Wired editorial team received an ominous device from Butterfly Labs. The square, black box soon turned out to be a Bitcoin miner. It’s easy to forget, but Bitcoin mining hasn’t always been dominated by huge farms near the Arctic Circle. ”

Back then you could mine BTC with a home PC. This was done until they had 13 bitcoins in total. However, it did not take long and the user asked how to use the cryptos effectively.

Wired never accidentally destroyed the 13 bitcoins – it was planned. The editor in Wired’s technology department, Michael Calore, said he was very aware that the crypts could one day have a “six- or seven-digit value.”

3. Elon Musk doesn’t know where his bitcoins are either

The technology enthusiast and serial entrepreneur Elon made many hints in this direction some time ago. No one currently knows what type of digital currency Elon is holding.

In a 2017 tweet, a friend sent cryptocurrency funds to Elon. But he doesn’t remember where his cryptos are. 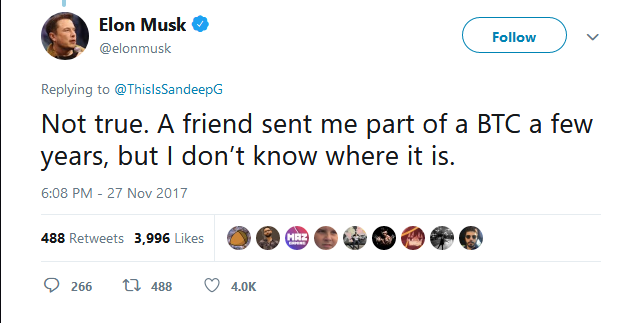 Nevertheless, Elon’s relationship to the digital asset scene has a kind of flirtatious distance. Elon began tackling the emerging scam in which fake accounts promised people free cryptos. Twitter was forced to suspend Elon’s account, so a contribution to his delight.

According to rumors, the whitepaper writer Nakamoto once owned around 1,000,000 bitcoins – although legend also has it that he damaged the private key. 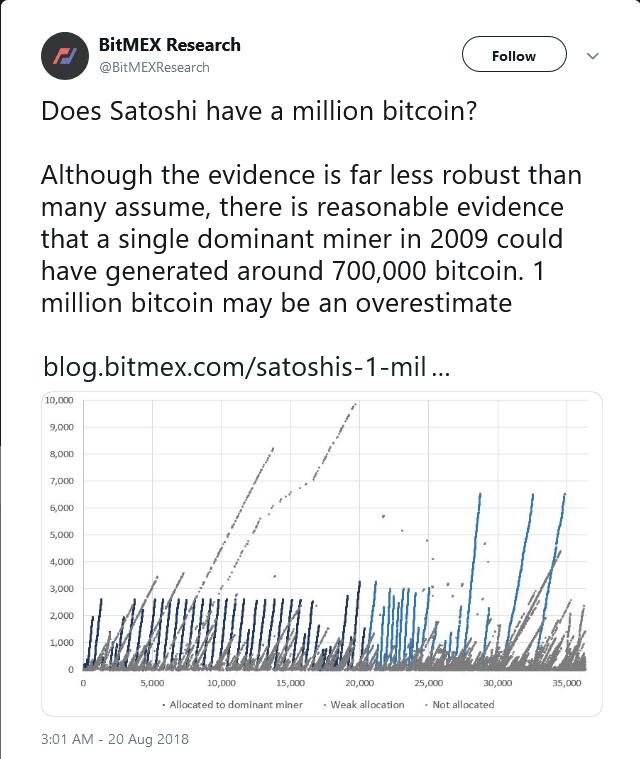 All said and done, but one thing remains:

“If the BTC father ever decides to move or even sell his digital wealth, it would cause an earthquake in the scene.”

James Howells, a software developer and computer engineer, is the person who tried digging for BTC in a dump, but he’s switched sides for now. Apparently Howell now holds Bitcoin Cash (BCH).

At that time he dumped a hard drive with more than 7,500 mined Bitcoins on a Welsh landfill. Since then, Howells has made headlines in his Newport community with his persistent fight against the various government agencies and guard dogs. He set out to search the landfill for his treasure, but to no avail.

Cryptocurrencies: Why Ethereum Is More Sustainable Than Bitcoin